Adding sparkle to the New Year

London, as well as many other cities around the world will not be having the traditional New Year’s Eve firework performance usually associated with this time of year so to cheer you all up here are some examples of historical firework displays found in the King’s Topographical Collection of maps and views. The materials reveal a great deal of detail on the subject and one can learn a surprising amount on the type of fireworks and techniques developed through the centuries as well as all the necessary preparations for breathtaking displays. The use of fireworks in England date back to the second half of the 15th century and subsequently been used to mark various occasions such as royal weddings, coronations or to celebrate military victories and peace treaties. 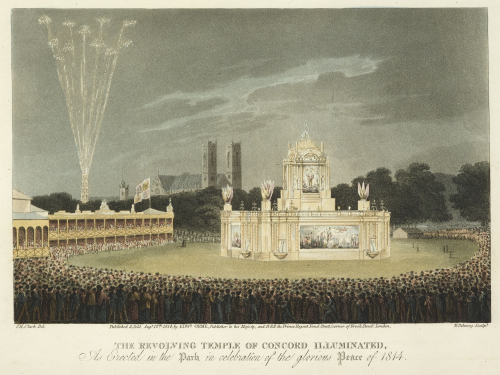 THE REVOLVING TEMPLE OF CONCORD ILLUMINATED As Erected in the Park in celebration of the glorious Peace of 1814. Maps K.Top.26.7.ff.

Particularly splendid celebrations were organised on 27th April 1749 to mark the Treaty of Aix-la-Chapelle and the end of the War of the Austrian Succession, a major conflict between the Bourbon and Habsburg dynasties which lasted eight years between 1740 and 1748. 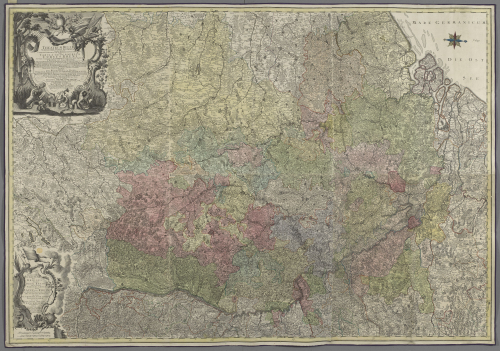 For this particular occasion long preparations were undertaken to create a splendid spectacle for the elite. In the fashionable surroundings of St James’s Park an enormous structure measuring 410 feet long and 114 feet high so called the “fire-work machine” was constructed to create an impressive pyrotechnic display. 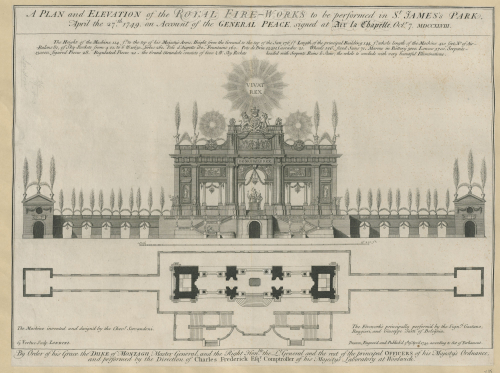 A PLAN and ELEVATION of the ROYAL FIRE-WORKS to be presented in St. JAMES's PARK April the 27th1749 on Account of the GENERAL PEACE signed at Aix la Chapelle Octr 7. MDCCXLVIII . Maps K.Top.26.7.r.

Furthermore, one of the leading composers of the day, George Frideric Handel was commissioned to supply suitable music for this extravaganza and so he composed his famous ‘Music for the Royal Fireworks’. By the way, Handel’s original manuscript is preserved at the British Library and is available here. A detailed description of this incredible ‘sound and vision’ show was published so you can read all about it and get an understanding of how the firework machine was constructed (but please don’t try to build one at home!) 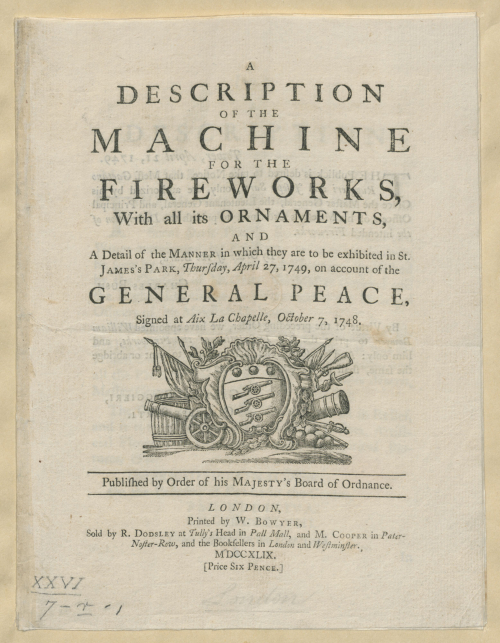 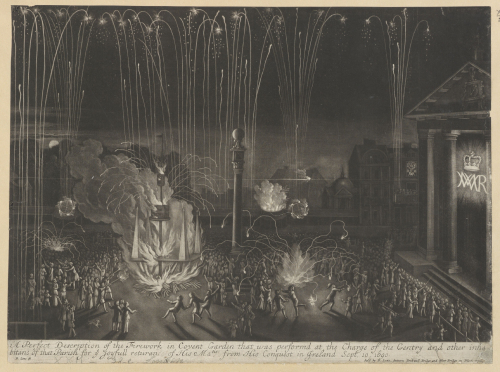 Wishing you all a happy and healthy 2021!

Posted by Magdalena Peszko at 5:06 PM