Mapmaking is a highly exacting profession, as the scrutiny of current pandemic mapping demonstrates. Yet the fascinating thing about mapmaking is that everybody is capable of creating a map, and throughout history 'amateur' mapmakers have brought something new to the table.

Christopher Packe (1686-1749) was a local physician based in the area of Canterbury in Kent, who during his 'many otherwise tedious' medical  journeys around the area was struck by the similarities between the  landscape, features and processes of the natural world and those of the human body. Most notably, and unsurprising for a physician, the synergy between hydrology (specifically streams and rivers) and the flow of blood through the arteries and capillaries. As I mentioned in a previous post, there’s a strong history of thought positioning the human body as a microcosm of the universe. Packe's 1743 Philosophico-Chorographicall chart of East Kent is the Gunther von Hagens of maps. 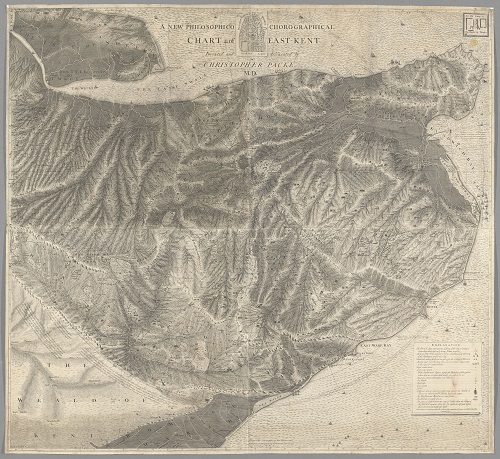 Looking closely we can see the tremendous series of lines of thousands of tiny watercourses connecting to streams and thence to rivers, flowing out into the sea. So many of them, in fact, that we might be looking at a map of the English Fenland. 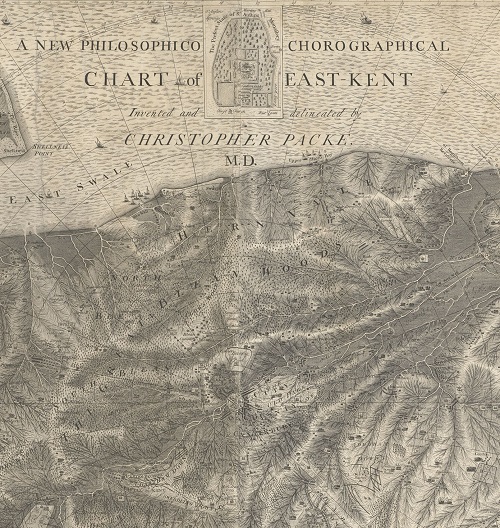 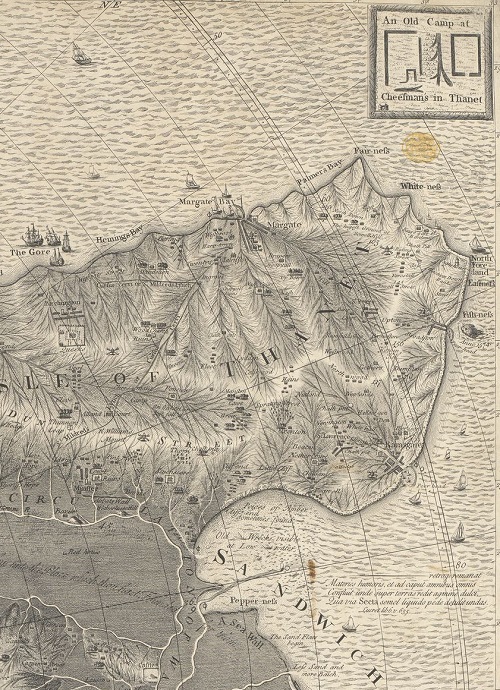 That's not all that Packe's map shows. Shading and spot heights communicate the relative heights above sea-level which Packe measured using a barometer. This has led to the map being described as the world's first geomorphological map. And finally there is the series of concentric circles demarking the map's co-ordinate system. These emanate from Canterbury and the cathedral, from which  Packe used a theodolite to survey the county and form his aesthetic and philosophical vision (see Michael Charlsworth for an in-depth study). 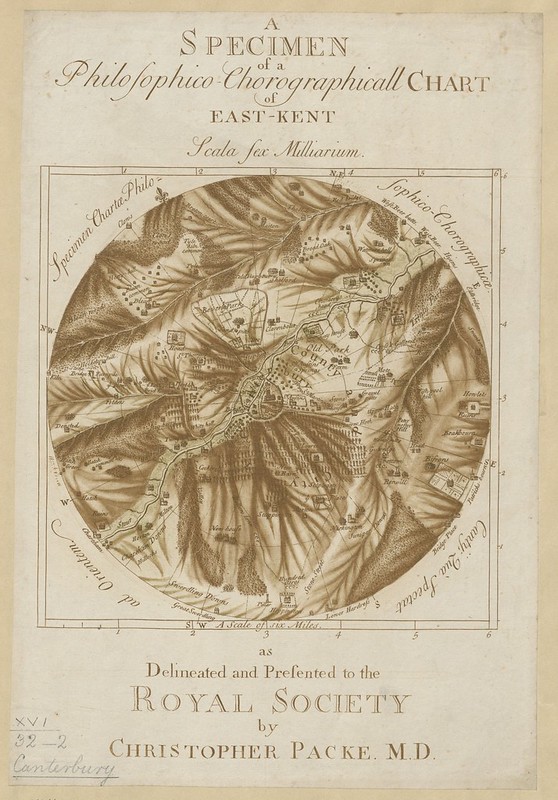 Packe wrote a treatise in support of his work, and even produced a 'specimen' sample of the larger map six years earlier, a sort of taster which was presented to the Royal Society. A copy of the specimen is in the Topographical Collection of George III, published 'at his own expense.' Indeed, Packe put so much into his map that it is possible to imagine life in it, the culmination of a creative act. Something, if you will forgive the further analogy, created from the heart.