The British Library’s ‘Online Gallery’ was first created in 2004, and over the years a number of galleries containing thousands of maps have been added to it, from the earliest Ordnance Survey maps to Tudor mapping. Each map has its own page with a full description and cataloguing information, a downloadable image, and a larger – though not downloadable - ‘Zoomify’ image.

However, at the end of last year, Adobe ceased to support Flash player and Zoomify became inoperable. For anyone who likes to zoom into a map (about 100% of people who use maps), this is an issue. This is what we’ve done to solve the problem. Firstly, we’ve removed the Zoomify links from the map pages in order to avoid confusion (you can still download a -full-size’ though under 1 MB image for your own use).

For the more heavily used galleries, we’re happy to say that the maps are available – and downloadable - from Wikimedia Commons.

For the Ordnance Surveyor Drawings, the still-active Zoomify link will redirect you straight to the same map on Wikimedia. 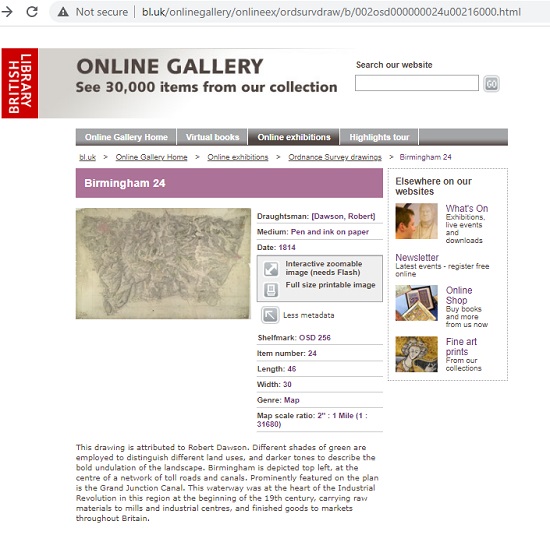 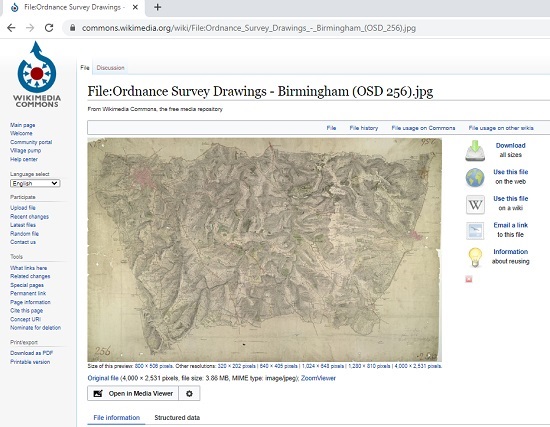 The Goad fire insurance maps are all there also.

Only 2,500 George III Topographical Collection maps and views were on the Online Gallery, but you can now enjoy 18,000 of them on Flickr, with even more on the way (you can link through to these images via our catalogue Explore the British Library).

And don’t forget that all of the Online Gallery maps are also available on our Georeferencer (have a go at Georeferencing a few). 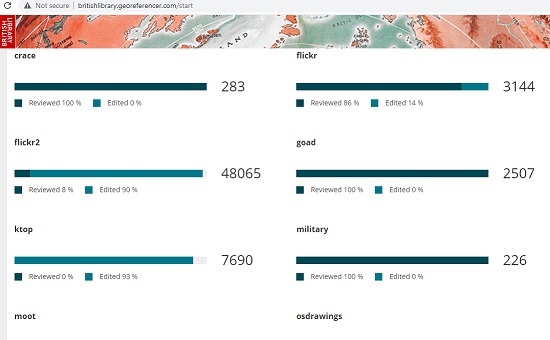 Map collections on the Georeferencer

Have a look at this and this blog post to discover where else you can discover British Library maps online for free.

For the other galleries such as the Crace Collection of maps of London, we are working to find a way of getting the larger images to you (you can still download smaller images from the existing pages). In due course also, these maps will all make their way onto the Library’s Universal Viewer.

Thanks again for using the Library’s online map resources. And if you get the chance, do drop us a message about the interesting things you’re doing with them.

Crowdsourcing in schools: The Land Utilisation Survey of Britain

Crowdsourcing has become a popular and efficient way for projects of all kinds to involve wide audiences, and to harness the resources and expertise of the general public - the BL Maps Georeferencer platform is a fine example! Nowadays many such initiatives leverage the speed and ease of online communications, but the practice long predates the digital age.

The Land Utilisation Survey of Britain was a far-sighted triumph that realised the benefits of crowdsourcing during the 1930s, and became arguably one of the great cartographic achievements of the twentieth century. 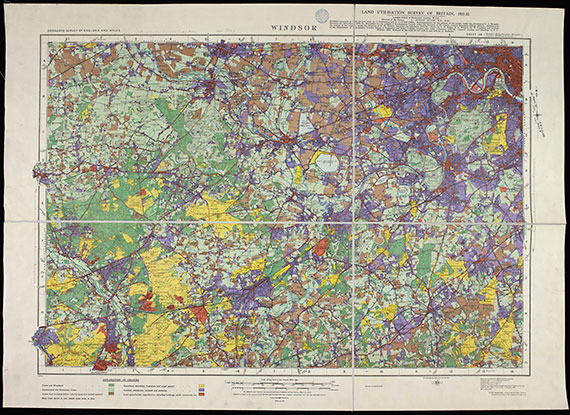 The survey was the brainchild of (Laurence) Dudley Stamp, a geographer of international renown based at the London School of Economics. Reading a paper to members of the Royal Geographical Society in early 1931, he summarised the project that had recently begun -

‘The primary purpose of the Survey is to make a complete record over the whole of Britain of the uses to which the land is put at the present time. Six different categories are recognised for the purpose: meadow and permanent grass, arable land including rotation grass, heathland and moorland or rough hill pasture, forests and woodlands, gardens, and land agriculturally unproductive’.

The methods employed to carry out this enormous survey were unique. Stamp secured the cooperation of the Board of Education and county councils up and down the country, and through them enlisted the help of around 250,000 volunteers, consisting mainly of schoolchildren, their teachers and others involved in education.

Six-inch Ordnance Survey maps, showing the boundaries of every local field and parcel of land, were distributed to schools - there, tracings were made which were taken into the field by the students, who marked them up with capital letters to show the land-use category of each area. Stamp predicted that around 22,000 of these sheets would need to be completed. The results were assimilated at county level by further teachers and university lecturers before being transferred and overprinted onto sheets of the Ordnance Survey ‘Popular Edition’ series at the smaller scale of one inch to the mile. The whole process was overseen by Stamp himself, who often toured around the country, making spot-checks from the family car with his wife at the wheel. 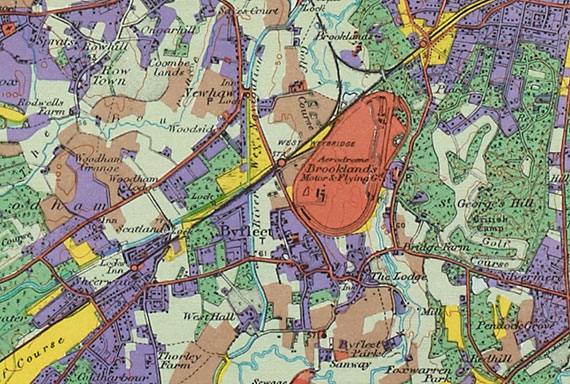 Survey work was completed with the Isle of Arran sheet in 1941, though remarkably, the majority of the survey had been carried out by the end of 1934. And although funds were never found to publish 57 sheets covering upland areas of Scotland, all 169 sheets covering the remainder of Great Britain were successfully published by 1948.

From the outset Stamp had highlighted ‘the educational benefit of the work itself being carried out by schools and other educational institutions...’, in addition to ‘the permanent value of the results obtained..., forming a sure foundation for such important work as Town Planning and development schemes generally’. But it wasn’t until 1943, after publication of the sheets ran into financial difficulty during the Second World War, that the Ministry of Agriculture finally stepped in to provide official governmental support for the project, in recognition of the maps’ great value in wartime and post-war planning.

In 1948 Stamp marked the completion of the project with publication of ‘The Land of Britain: Its Use and Misuse’ (BL General Reference Collection 10368.s.13.), for which he received the founder’s medal from the Royal Geographical Society - a just and clear vindication of his visionary approach.