An early print from the British Library’s map collection is currently on display at the Stadtmuseum Münster in an exhibition entitled Münster 1570: History and stories from the capital of Westphalia.

It shows the Westphalia capital from the south west, with the main churches dominating the skyline and various domestic structures arranged behind the town walls. Outside these walls Hogenberg presents a range of human activity. To the left carts enter the town, whilst to the right in the foreground, figures swim in the River Aa. Some can be seen getting undressed, one needs help in doing so. A dog stands guard over a pile of clothes. This sort of foreground vignette is a typical feature of later 16th century town views, not only entertaining for the viewer but demonstrating that places are about more than their buildings. 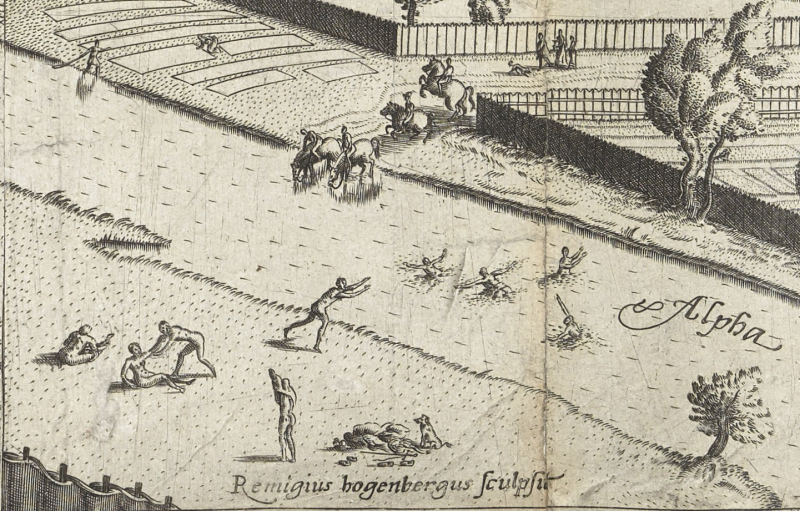 A detail showing people bathing in the River Aa

As a snapshot of a place at a particular time, the panorama is understandably of great historical value to the town. It was produced only decades after the Anabaptist rebellion of 1534-5, in which a radical reformation sect took over, enforcing religious conformity, seizing possessions and religiously-motivated destruction. The rebellion was eventually put down and the leaders executed, their bodies placed into three iron cages hung on the tower of St. Lambert’s church. The cages, which are still in situ today, are shown in the print just above the lancet windows of the church tower. 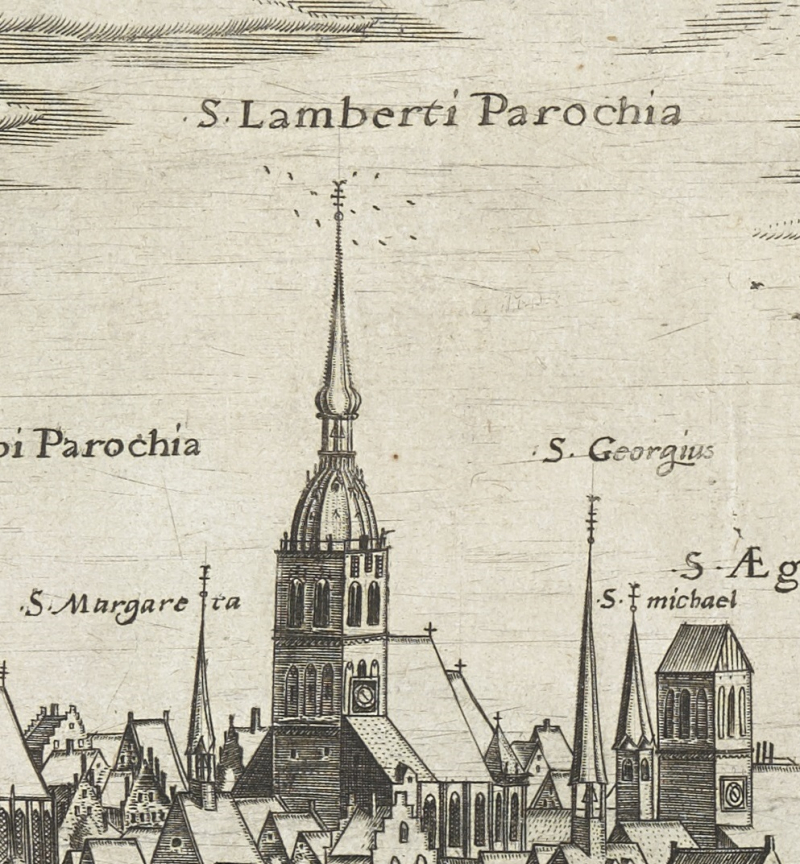 Remigius Hogenberg, who produced the print while resident in Münster, presented a proof copy of it to the town council on 26 May 1570. However, this is lost and the British Library’s example, purchased in 1868 from the Berlin book dealer Adolphus Asher, is the only copy known to survive. As well as exhibiting the original, the Stadtmuseum exhibition has skilfully incorporated the image into their design and graphics. 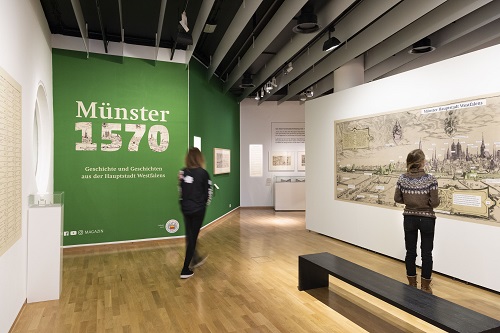 Remigius was born in Mechelen in modern-day Belgium. He was in England by 1572, and alongside other continental artists such as Cornelis de Hooghe and Jodocus Hondius was responsible for producing various engravings there, including maps. For example, Remigius engraved nine of Christopher Saxton’s county maps (see his Lancashire, below), as well as the frontispiece for the 1579 atlas which included them. 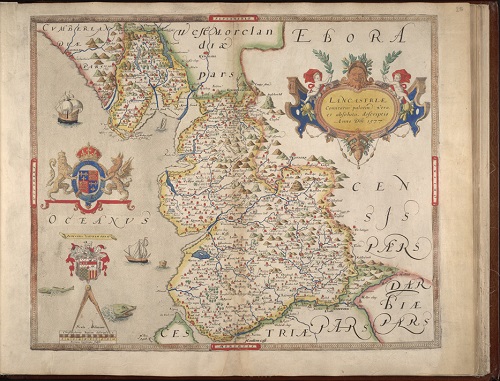 Despite Remigius’s fame, he remains arguably less-well known than his engraver-brother Frans (c. 1540-1590). With Georg Braun, Frans produced the first town atlas, the Civitatis Orbis Terrarum, published in Cologne between 1572 and 1617. Among the contents is a smaller and more subdued version of the panorama of Münster, copied from his brother's.

Münster 1570: History and stories from the capital of Westphalia is at the Stadtmuseum Münster until 25 September 2022.