Only a few hours to go until Father Christmas sets off on his magical round, delivering presents to all the good children of the world. He is said by some to live in the forests of Lapland, high in the Arctic north of Finland, with his merry band of elves and trusty reindeer...

Attempting to find the location of his grotto, I turned to the first edition of the Atlas de Finlande (BL Maps 31.c.19.), a work published in French in 1899, and now considered by many to be the first of a new genre of mapmaking that would proliferate over the following century - the national atlas. 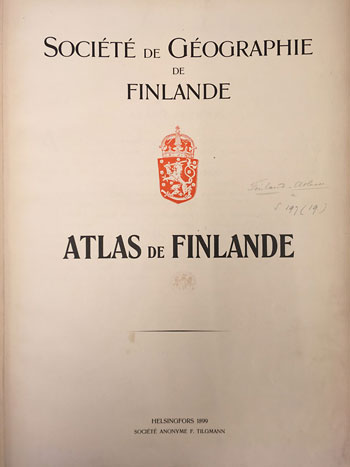 In thirty-two plates the atlas provides a comprehensive description of Finland and its people, and employs diverse and innovative thematic maps to articulate the results of scientific, economic and statistical research. 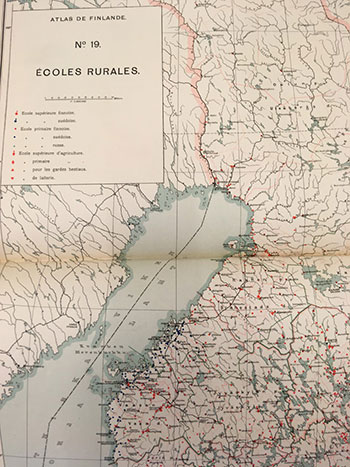 The atlas also makes a clear political assertion of Finnish cultural identity and nationality at a time before Finland was an independent country, whilst still an autonomous region within the Russian Empire. With political relations deteriorating, the publication makes a case for and anticipates Finland's declaration of independence, which followed in 1917.

In particular, the depiction of Finland’s border throughout the atlas was seen as a provocation, as the same line symbols represented both Finland’s internal boundary with the rest of Russia, and her international boundaries with Sweden and Norway. This formed the subject of an official Russian protest. 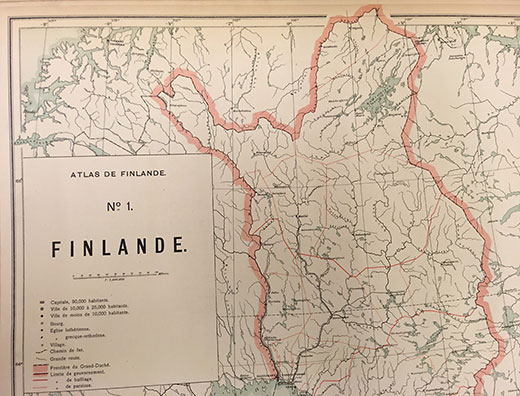 At the International Geographical Congress of 1899 in Berlin, and at the Paris World Exhibition of the following year, the atlas was hailed as an outstanding cartographic and scientific achievement.

But I have found one small omission. However hard I look, I cannot find that grotto... 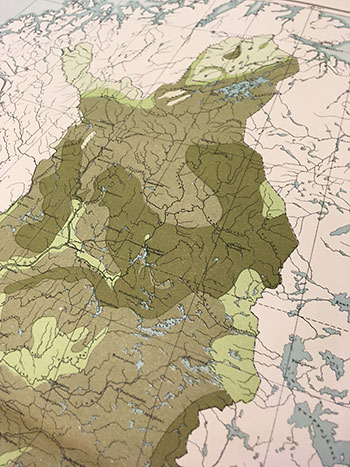