Between them, these three Purcell manuscripts - all largely in the composer's own hand - cover most of his short career and many of the musical genres in which he worked, from the anthem and sacred part-song to the court ode, solo song, sonata and fantasia.

Two of the manuscripts (R.M.20.h.8 and Add MS 30930) are large score-books, into which Purcell copied music over a number of years. R.M.20.h.8 contains music written for use at the courts of Charles II and James II, with anthems at one end of the book and odes and welcome songs at the other. Add MS 30930 is very different: a collection of music written for use in the home, it contains sacred part-songs for between three and five voices at one end and instrumental music at the other end. The 'instrumental end' of the book includes Purcell's fantasias and In Nomines for viol consort, along with trio sonatas and his famous 'Chacony'. 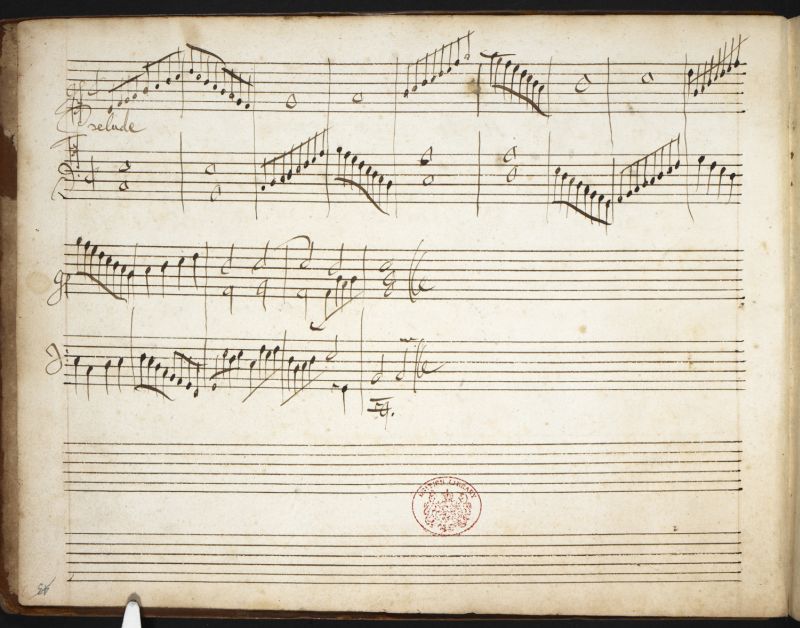 The third manuscript (MS Mus. 1) is a small volume of keyboard music containing music by Purcell at one end and pieces by the Italian composer Giovanni Battista Draghi at the other. The manuscript is believed to have been used for teaching purposes: the earliest piece in Purcell's section of the book is a very easy prelude for keyboard, and the pieces gradually increase in difficulty, suggesting the student was gradually improving!

We marked the launch of the digitised Purcell manuscripts with a Purcell Study Day at the British Library on Tuesday. This featured presentations on the three manuscripts and their music, and a performance by the viol consort Fretwork of three of the viol fantasias.

Posted by Sandra Tuppen at 3:04 PM