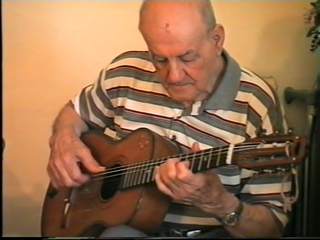 Collected in early 2011, a unique video collection of Maltese għana folk music is now available to view on-site at the British Library through the Listening & Viewing Service. Largely privately filmed by practising musicians and aficionados between 1985 and 2010 in Malta, and its diasporic Australian communities of Sydney and Melbourne, this collection features influential singers and guitarists in a variety of private, public and television performances. Contained within the 140 hours of material are examples of għana spirtu pront (improvised verses on antagonistic themes), għana tal-fatt (ballads), għana bormliża (a rarely-performed, high-pitched melismatic vocal song style), prejjem (instrumental guitar music with a virtuosic lead guitarist), and a number of other traditional Maltese vocal styles. Other than Manuel Casha's recording collection held in the National Library of Australia, this is the only other collection of Maltese folk music that is publicly available. Although it is only possible to view the videos on-site at the British Library, the collection is fully searchable via the Sound and Moving Image catalogue with the collection code C1479. Users can search this archive by any number of keywords such as location, genre, name of performer(s), year, etc, and can glean much information from this alone: common ensembles, the frequency with which particular musicians perform, popular performance locations, etc. As well as being a collection that is of great use to Maltese and Mediterranean studies in its own right, it also represents an exciting emerging branch of archival activity that collects, documents and disseminates private collections recorded by 'insiders' to a tradition, thus presenting an insight into judgments of quality, of motivations for recording, and representations of a tradition by those who know it intimately.