The past weeks have been busy in the British Libraryâ€™s music department, with negotiations taking place over the acquisition of several twentieth-century composers' music manuscripts. Weâ€™ll be providing news of these in future posts.

Itâ€™s our policy to acquire, preserve and make available to researchers the original manuscripts and papers of major British composers, as well as the papers of other pre-eminent musicians and musical organisations active in Britain. We also acquire, where the opportunity arises at a reasonable cost, representative manuscripts of important foreign composers. 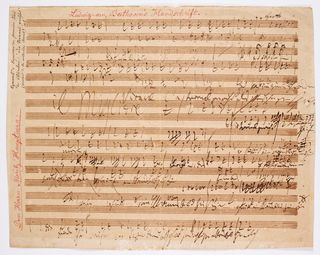 Autograph sketch by Beethoven for his 'Egmont' overture, acquired as part of the Stefan Zweig Collection

Sometimes we acquire music manuscripts direct from a composer. In other cases we acquire his or her archive of manuscript scores, correspondence and other papers as a bequest on death, or as a result of a sale. In some fortunate instances, the archive will contain a complete or virtually complete collection of the composerâ€™s original manuscripts.

But there are other composersâ€™ archives for which the story is very different: their manuscripts may have been dispersed during their lifetime, given to dedicatees, friends or publishers, or sold, and some may have been lost altogether. One of the pleasures of working at the British Library is seeing some of these dispersed music collections reassembled â€“ brought together for the first time since they left the hands of their creator, and made available for researchers and musicians to consult.

Sometimes this assembling of a corpus of a composerâ€™s works takes place over many years. And, of course, it is not always possible to rebuild a single collection of an individualâ€™s works. Some manuscripts may remain in private hands, or be owned by other libraries. This is where digital technology come into its own. The opportunity now exists for dispersed collections to be reunited virtually on the web. A pioneer in this field is Bach Digital, which brings together digitised versions of Bach's autograph manuscripts as well as copyists' manuscripts.

In some cases, however, it has been possible to reunite most of a creatorâ€™s original manuscripts physically.  Such is the case with the music manuscripts of Robert Simpson (1921-1997). Simpson was one of the most important composers of symphonies to emerge in Britain in the second half of the 20th century.  He was, in addition, a prolific writer on music and a BBC producer.  Simpson produced a wide variety of works (11 symphonies, 15 string quartets, numerous pieces for brass, and other chamber and keyboard works). With a deep interest in Scandinavian music, he also brought Carl Nielsen to public attention in Britain. 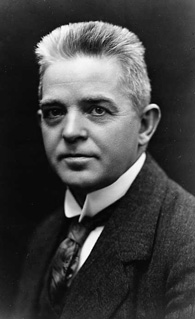 Carl Nielsen, whose music was promoted in Britain by Robert Simpson

The Robert Simpson Collection is now fully catalogued and is available to be consulted by researchers at the British Library.

Posted by Sandra Tuppen at 2:39 PM

Update on the Malcolm Sargent Collection

The cataloguing of the Malcolm Sargent Archive has now generated over 4,000 individual catalogue records of Sargentâ€™s general correspondence. Since my last blog post, coverage has been extended to the year 1958, by which time Sargent had become one of the most celebrated public figures in Britain.

Correspondence from 1948-58 covers a number of significant landmarks in Sargentâ€™s musical life, including the Opening Ceremony of the 1948 Olympic Games, the Festival of Britain, and Sargentâ€™s appointment and tenure as Chief Conductor of the BBC Symphony Orchestra. 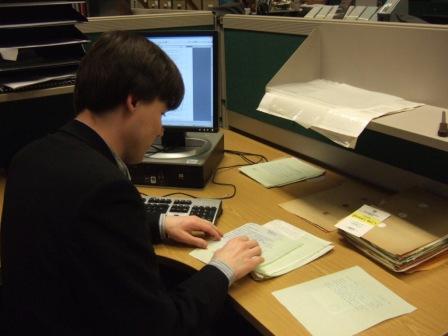 Researchers can benefit from the fact that the files of the 1950s contain significantly more carbon copies of Sargentâ€™s own letters than are preserved in earlier years, providing a clearer view of his personal outlook.

This includes, for example, Sargentâ€™s opinions on performance practice, which are often expressed in correspondence with music critics. Typical is an exchange with Frank Howes of The Times in May 1957 in which Sargent provides cogent arguments for his addition of several instruments to the score of Messiah, including horns (they were used once by Handel himself), clarinets and flutes (had they been available for Handel, he would have used them), and piano (â€˜it is difficult to understand people who really like the sound of the harpsichordâ€™).

Whilst Howes is sympathetic to the co-existence of a practical â€˜Victorianâ€™ and more historically informed 20th-century performance practice, Peter Pears is less tolerant of Sargentâ€™s practicality. â€˜Surely it is not necessary to butcher it so?' he asks in dismay on seeing the cuts to be made in a forthcoming performance of the St Matthew Passion, believing them to destroy the dramatic narrative. Dismissive of such high-mindedness, Sargent sees nothing wrong with a version originally used by Walford Davies, and besides, â€˜there is always the scramble for buses afterwardsâ€™. 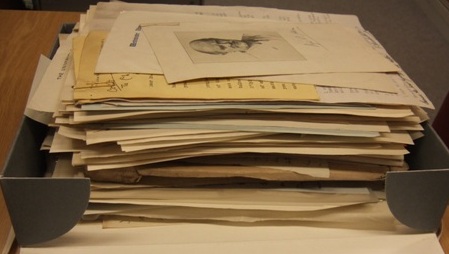 If accounts of Sargent often imply vanity in his cultivation of a showman image and reputation as a social climber, the correspondence also reflects his benevolence as a patron, president or fund-raiser for a wide range of charities, and shows he often took a surprising personal interest in the fortunes of individuals unknown to him. Following his broadcast appeal for the RSPCA, for instance, he receives a letter from a Devonshire woman who has adopted a horse to save it from slaughter. On hearing she cannot afford to buy hay for â€˜Gay Marionâ€™ for the winter months, Sargent donates Â£5 for two consecutive years. On another occasion he responds to an appeal from a blind charity by funding private music lessons for the two sons of a blind man in Dorset.

Some requests are too presumptuous. There is no response from Sargent to a Falmouth mother who seeks a deposit to obtain a Â£2000 loan to build a bungalow for her family, necessary because she has no windows in her kitchen (â€˜I know a builderâ€™, she reassures him). Likewise, he has no time to examine the work of a man who announces he has sacrificed his profession and devoted 14 years of his life to the composition of an oratorio (the benefit of which is â€˜after years of constant attunement to this vibration of sound â€¦ I could quite easily compose four oratorios a yearâ€™).

Sargentâ€™s sense of Christian duty is less sympathetic to appeals of a political nature. He refuses a request from Sir Steuart Wilson to sign a letter voicing opposition to the Communist-sympathetic Musicians Organisation for Peace. Likewise, he declines to become a member of the League of Empire Loyalists after they support his objection to changing the words of the second verse of the National Anthem: rather he believes it to be a mistake to shout aggressively oneâ€™s patriotism, especially as a frequent traveller. He also declines to support an appeal for African American singer and civil rights activist Paul Robeson, stating that, as he does not know why America has blacklisted Robeson, he has not the â€˜slightest justification in taking part in any disturbance on the matterâ€™ (only belied by the fact he has written and underlined the word â€˜Communistâ€™ on the letter.)