Investigating Zulu instruments - the strange tale of the isicelekeshe

Identifying a musical instrument just from a recording can be quite problematic. A recently heard recording, soon to be available online, was one such example. The recording was made by South African composer, Kevin Volans, at a Zulu wedding on the 26th June, 1977, where a male vocalist was accompanied by some kind of bowed stringed instrument. Was it a bowed musical bow? The sound was reminiscent of some other Nguni musical bows we have in the collections but we'd not come across a Zulu instrument with this quite eerie - almost metallic - timbre and, besides, the pitch could be varied more than would be expected of a musical bow:

Time to contact a fellow ethnomusicologist and expert in Zulu musical bows, Astrid Treffry-Goatley, who worked on our David Rycroft collection of South African music recordings. Astrid told us that the  instrument is probably a type of half tube zither, the Zulu name for which is the isicelekeshe. She checked this with a Zulu musical bow player based in Inkamana Abbey in Vryheid, Brother Clement Sithole, who confirmed the name. This instrument comprises a half tube of bamboo with a crushed paraffin can attached at one end. The paraffin can acts as a resonator (hence the eerie metallic sound). The string and bow are often both of oxtail hair and the pitch is altered by pressing the backs of the fingers against the string.

The name of this instrument varies from region to region - another name for it is the segaba. You can see it being played here:

The sound of this clip and our recording are a match - and we have an example of this instrument online already, because yet another word for segaba or isicelekeshe is segankuru. You can hear John Brearley's recording of the segankuru on our sounds website.

Detective work of this kind is a lot of fun, providing great opportunities for engaging with scholars and musicians all over the world.

You can now hear the recorded interviews of leading ethnomusicologists on the British Library ŌĆ£SoundsŌĆØ website. These interviews were made by Dr Carolyn Landau from 2010 to 2012. 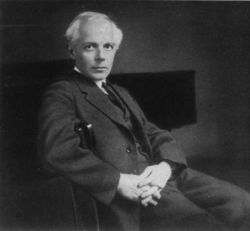 HereŌĆÖs a short clip of one of the interviews, from John Baily, originally a psychologist who studied under the late John Blacking at Queen's University Belfast.

In this clip, Baily talks about the influence of Blacking on his research into the music of Afghanistan. Baily goes on to discuss whether, for example, ethnomusicologists need to have ŌĆ£big earsŌĆØ ŌĆō in other words, whether they need the transcribing skills of the composer B├®la Bart├│k (pictured). If you're interested in seeing handwritten examples of Bart├│kŌĆÖs transcriptions, some of them can be found in the Milman Parry Collection, Harvard University.

As well as hearing the interviews, you can also hear the recordings that some of these ethnomusicologists deposited with the British Library. For example, Peter Cooke made recordings of Ugandan music and Donald Tayler & Brian Moser made recordings in Columbia.Tweets by @BL_WorldTrad

In my last post, I offered a selection of three short recordings that form part of the ethnographic wax cylinder collections housed and available for listening at the British Library.

Coming towards the end of processing this 3500 strong collection, this follow-up post offers some further musical highlights that caught my ear whilst listening to thousands of recordings. I think they are of some significance, offering good examples of some of the earliest (and pioneering) music recordings taken from various locations around the world, and are therefore worth sharing.

1) C37/1590, English Folk Dance and Song Society Collection. The English Folk Dance and Song Society (EFDSS) is one of the leading folk development organisations in the UK with a history dating back to 1898. This recording is one of 106 cylinders (on long-term loan to the British Library from the EFDSS) comprising several smaller British folk music collections (Welsh, Scottish and English) recorded by Cecil Sharp and Vaughan Williams, and others. Recorded in Herefordshire, England, in 1908 by Cecil James Sharp (1859-1924), this recording is in two parts. The first part is a male vocal solo sung by an unknown performer. The performance is entitled ŌĆśthere is an ale house (died for love)ŌĆÖ. The second part is a solo fiddle performance, possibly by John Locke, of a hornpipe: a music/dance form popular in Britain from the late 17th century.

2) C51/2611, Northcott Whitridge Thomas Collection. Thomas (1868ŌĆō1936) was a British government anthropologist who conducted field research in Nigeria and Sierra Leone between 1909 and 1915, recording songs, music and the spoken word onto hundreds of wax cylinders. This example was recorded in the Kaba, Akoko region of Nigeria by Thomas on the 4 March 1910: a spirited male vocal group performance.

3) C51/2853, Northcott Whitridge Thomas Collection. Another sample from the Thomas Collection recorded in the Ugwashi Uku, Ibo region of Nigeria on the 25 November 1912. This is a female vocal group with leader, accompanied by clapping.

4) C72/820, Fox Strangways Cylinder Collection. This collection of 101 high quality recordings were made in India between 1910 and 1911 by British ethnomusicologist, Arthur Fox Strangeways. This is a good example of Shahnai (double-reed conical woodwind instrument of North India) music with drum accompaniment that was recorded in India around 1910 by Fox Strangways. It features a performance of Rag Sarang, Rag Adachautal and four thekas (repeated patterns of rhythmic strokes played on the drums).

5) C664/641, Berlin Demonstration Cylinder Collection. This collection is an early anthology of traditional music compiled by the Psychological Institute of the University of Berlin. It contains 107 recordings made between 1903 and 1913 in various locations including China, Japan, Java, Borneo, Africa, Russia, the Solomon Islands and Papua New Guinea. This example was recorded in East Africa (date unknown) and is of a 'waNyamwezi drinking song' performed by an unaccompanied male vocalist.

The general approach taken to working on each wax cylinder collection was, firstly, to familiarise myself with previous work completed by a number of engineers and curators at the British Library. This involved delving into paper files, correspondences and technical reports that have amassed since work began on the collections in 1994. Secondly, this information was checked against existing catalogue entries and online sources for consistency and accuracy, and where necessary entries were updated. Thirdly, I listened to the majority of the 3500 previously digitised recordings and checked the contents against the catalogue entries and paper files. On occasion, I requested that the original cylinders were re-dubbed by engineers at the British Library as the files were missing, or they had been dubbed at the wrong playing speed. This work was done on a universal cylinder player build at the British Library for dubbing the ethnographic wax cylinder collections: 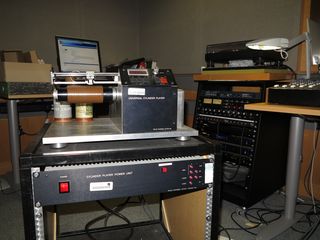 Fourthly, technical metadata (e.g. dubbing speeds, dubbing dates, filenames and engineerŌĆÖs names) was added to catalogue entries. Lastly, after some final consistency and accuracy checks, the cylinder collections were uploaded onto the British Library catalogue where the documentation can be viewed and the recordings are available for listening by the public. 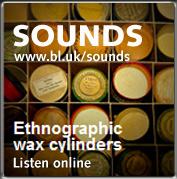