The British composer George Lloyd was born one hundred years ago today.  On his centenary - and at a time when his music is experiencing something of a renaissance - we’re very pleased to announce that the British Library has just acquired all of George Lloyd’s autograph music manuscripts. Lloyd studied at Trinity College of Music in London, and before the outbreak of World War II had already composed three symphonies and two operas, Iernin and The Serf. During the war Lloyd served as a bandsman in the Royal Marines. 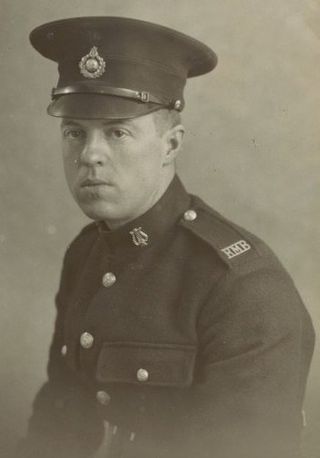 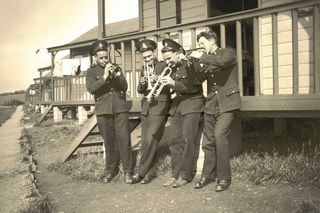 
On the notoriously dangerous Arctic convoys, Lloyd’s ship HMS Trinidad was struck by one of its own torpedoes, which had veered off course and returned to strike the ship.  Lloyd was one of just a handful of survivors.

George Lloyd composed his Fourth Symphony in 1946 as he struggled to come to terms with his experience, describing it on the title-page as “A world of darkness, storms, strange colours and a far-away peacefulness”.  You can now see the autograph manuscript of this symphony on display in the British Library’s Treasures Gallery. 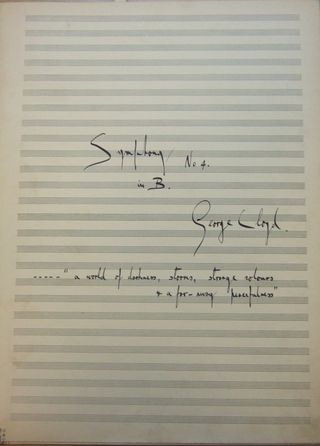 Despite the physical and mental scars, Lloyd went on to complete 12 symphonies, 7 concertos, three operas and many other vocal and instrumental works.  Although for some years his music was little played - it was considered too tuneful by some - the last 20 years of Lloyd's life saw a revival of interest in his music, and this has continued in the years since his death in 1998.  This week, he has been featured as BBC Radio 3's Composer of the Week, and there are two performances of his music at the BBC Proms: his Requiem and, on the Last Night of the Proms, the orchestral version of his HMS Trinidad March, which only turned up while the collection was being sorted prior to its arrival at the British Library.

The George Lloyd Collection, now available for researchers and musicians to consult at the British Library, includes early sketches and drafts of many of Lloyd's compositions, as well as the autograph ‘final versions’. For researchers, such sketches and drafts are invaluable, as they shed light on a composer’s approach to writing and creative processes. Even what appear to be the final versions of a work are not always that: like many other composers, Lloyd sometimes made changes to his works after they had been copied by a professional copyist in preparation for performances of the music, or even during rehearsals.  Copyists' scores with autograph annotations can therefore contain important information on the composer's afterthoughts.  A number of copyists' scores with Lloyd's annotations are included in the collection.  Many of the scores were used by George Lloyd when conducting concerts or recordings of his music, and they frequently contain markings that provide valuable information on the performance.

You can find out more about George Lloyd and his music on the webpages of the George Lloyd Society and Lloyd Music Ltd.