Rehearsals are continuing apace for the dramatised reading this Sunday of Richard Wagner's entire Ring cycle in the British Library Conference Centre.  The reading takes its cue from Wagner's own practice of reciting from the libretto in public or to guests after dinner, providing a rare opportunity to experience the richness and subtlety of Wagner's writing and to thrill to the drama of the text as poetry.

Directed by William Relton, the 'British Library Ring Cycle' will be more than a simple 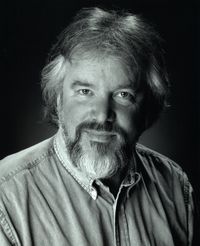 read-through. Judging from today's dress rehearsal, the audience can look forward to an enthralling and dramatic semi-staging with a cast of outstanding recent graduates of the Royal Central School of Speech and Drama.  Presiding throughout the performance as narrator will be the great operatic bass and linchpin of Wagner productions at the Bayreuth Festival, at Covent Garden and at opera houses around the world over the past two decades, Sir John Tomlinson.

An integral part of the performance will the projection of early pictorial interpretations of scenes from the Ring on the big screen, adding visual expression to the dramatic experience.  The illustrations will be drawn from the work of artists including Arthur Rackham (1867-1939), Josef Hoffmann (1833-1904), and Igance Fantin-Latour (1836-1904).  We'll also be showcasing the work of contemporary artist Phil Redford, whose amazing hand printed linocut books of illustrations of the Ring and Tristan und Isolde produced between 1992 and 2005 are held at the Library.

The full cast details are as follows: 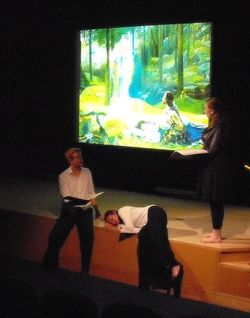 Siegmund, Sieglinde and BrÃ¼nnhilde in rehearsal

Posted by Rupert Ridgewell at 4:40 PM