The music of Holy Week in Seville

For the last seven years recordist Duncan Whitley has documented the events at Seville's Semana Santa in Spain. The results of this dedicated study can be found in collection C1338, which contains recordings in both audio and video of the rituals of Holy Week. Duncan's approach provides a unique and intimate acoustic portrait, allowing the listener to experience Holy Week as if they were there! 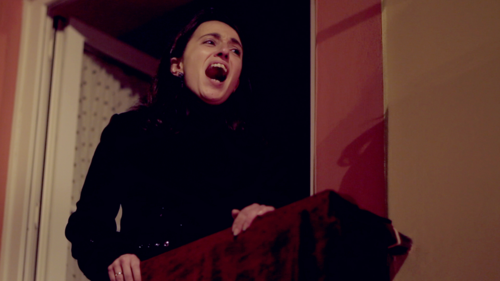 To celebrate Easter we invited Duncan Whitley to write the following guest blog for the World and Traditional Music section describing his collection:

The 194 audio and video recordings handed over to the British Library last month form part of an ongoing study of the soundscapes of Seville's Semana Santa, many recordings from which are already available in collection C1338. The collection features field recordings documenting the aural landscapes of Seville's Easter processions, with a particular focus on both processional music and the saetas flamencas. The saetas are short, flamenco prayers sung from balconies and in the streets, as effigies of Jesus Christ and the Virgin Mary are carried past. The styles of saeta documented in the collection largely fall into the categories of: saeta por seguiriya, por martinete, por seguiriya con cambio a martinete, or por carceleras. With regards to processional music, it is worth mentioning that Seville has a heritage of musical composition for the Semana Santa, which can take on great significance when performed in certain places and times, in accompaniment to particular religious images to whom the marches are dedicated.

This most recent batch of recordings dates from Easter 2013, and features interviews with saeta singers Pili del Castillo, Paquita GĂ³mez and JosĂ© Antonio RodrĂ­guez SabĂ­n, alongside video and sound documentation of Seville's public processions. The material links up with recordings already available in collection C1338, as well as a quantity of material captured across Easter 2011 and 2012 which has yet to be catalogued.

The first video documents the salida (exit from the church) of the Guide Cross of El Silencio, on the MadrugĂ¡ (early hours of Good Friday). Susana Sierra MartĂ­nez sings her saeta por seguirilla from a balcony opposite the church door. It is one of only two places in Seville where it is customary to sing to the Guide Cross (saetas typically being addressed to the religious images of Christ or the Virgin).

The following video documents the salida of the procession of JesĂºs Despojado on Palm Sunday of 2013. Upon completion of the complex manoeuvre of the religious float from the interior of the church into the street, the AgrupaciĂ³n Musical Virgen de los Reyes plays the Marcha Real.

The next video follows on from the previous, with the AgrupaciĂ³n Musical Virgen de los Reyes accompanying the religious float bearing the image of JesĂºs Despojado as it makes its way through the Plaza de Molviedro. The marches interpreted are A La Gloria!, which segways into Tu Misericordia.

JesĂºs Despojado, A La Gloria! 2013 from Duncan Whitley on Vimeo.

The last video documents the return of the popular Esperanza de Triana ("Hope of Triana") to its neighbourhood, Triana. The brotherhood was not able to complete its Station of Penitence on the MadrugĂ¡, and having sought refuge for two nights in Seville's cathedral, the procession returns "home" without musical accompaniment. Upon reaching the Calle Pureza, where the religious images reside all year round, the public accompanying the Virgin Esperanza sing the Salve Marinera.