The British Library at WOMAD

The British Library is celebrating 30 years of collaboration with WOMAD. 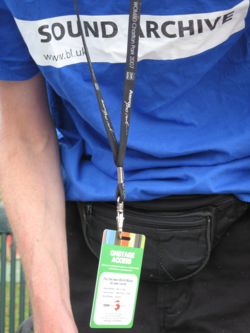 The British Library’s relationship with WOMAD is nearly as long as the festival's existence. Since 1985, missing only 3 years, we have been present at WOMAD's major annual summer event in the UK. Each year a small team of staff from the Library has spent an enjoyable weekend making documentary recordings of as many of the performances as possible. We try to cover all the stages and often record artists several times as they deliver different performances, including workshops and interviews, over the weekend. The concentration in one place of so many diverse and talented musicians allows us to document musical traditions from around the world right here on our doorstep. And it's not just a case of keeping a record of each performance for listening at the archive, but also a way of documenting for the long term a significant event on the ‘world music’ scene.

The British Library now has recordings of a significant number of early UK appearances by artists who, since their appearance at WOMAD, have made great inroads on the international music scene; artists such as Baaba Maal (first recorded by the British Library at WOMAD in 1991), Thomas Mapfumo (1990) and Nusrat Fateh Ali Khan (1985), to cite only a few.

Our first WOMAD recording (on 20 July 1985 at Mersea Island, near Colchester) was of the Chinese sheng and flute players, the Guo Brothers, who had recently arrived in London to study at the Guildhall School of Music and were just beginning to create a name for themselves in this country.

In total we hold over 2000 hours of music recorded at WOMAD, backed up digitally for preservation and onsite access.

WOMAD is the only music festival that has this incredible relationship with the British Library, and to celebrate we are collaborating to offer one lucky winner a pair of tickets to this year’s festival at Charlton Park (24th-26th July) and an exclusive behind the scenes tour of the British Library Sound Archive in London for four people. For more information click here. 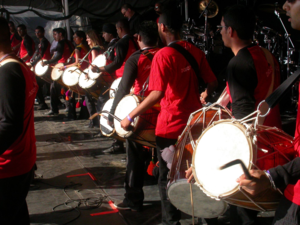