Two film screenings and Conference on Audio-Visual Archives at the British Library, 17-19 July 2015

The School of Music at the University of Leeds and the British Library will host a conference, Audio-Visual Archives, at the British Library on 18-19 July 2015. In addition we will screen two films, Still Alice (2014) on Friday 17 July and In the Name of the Father (1993) on Saturday 18 July, with special introductory sessions.

Collections of materials relating to audio-visual processes and products take various forms ranging from the multitrack reels of film-score recording sessions in the Trevor Jones Archive at the University of Leeds to the Muir Mathieson papers and other film-related manuscripts at the British Library to the scores and other documents in the Warner Brothers’ Archive in California. This two-day conference will address some of the fundamental issues surrounding the use of archival collections relating to audio-visual processes and products, and explore current research in screen music that draws on archival resources. More information about the conference, including booking information, can be found here. 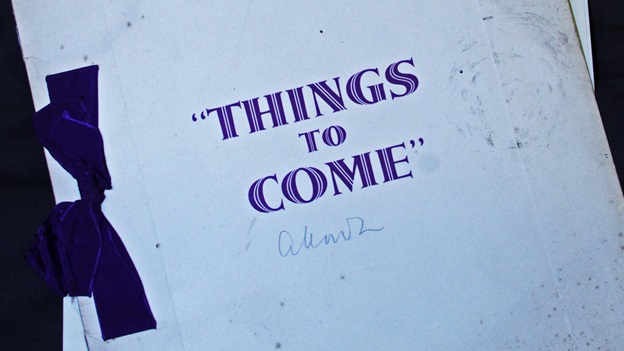 In addition to the conference there will be two public film screenings, each with a pre-screening session.

On Friday 17 July at 7.00pm, London-based film and television composer Ilan Eshkeri, whose list of credits includes Stardust (2007), The Young Victoria (2009), The Snowman and the Snowdog (2012) and Shaun the Sheep (2015), discusses his score for the 2014 film Still Alice, directed by Richard Glatzer and Wash Westmoreland, and starring Julianne Moore. The session also includes live performance of parts of the score to illustrate the discussion and as a short concert ahead of a complete screening of the film at 8.00pm-9.45pm. Entry to the session with Ilan Eshkeri and the film screening that follows is not included in any of the conference ticket types. A combined ticket to this pre-screening session and the following film can be purchased for £7 here.

On Saturday 18 July at 4.45pm there will be a session in which the research team for the AHRC-funded project The Professional Career and Output of Trevor Jones draw on unique archival materials relating to Jones’s score for the 1993 film In the Name of the Father. The various audio, video, textual and musical resources housed in the Trevor Jones Archive at the University of Leeds reveal aspects of the composer’s creative process as well as some of the underlying aesthetic and musical considerations that underpin the score. This session is followed by a screening of the film at 5.15pm-7.45pm. This screening and the session that precedes it are free to conference delegates with a pass that includes Saturday. A combined ticket to this screening and the pre-screening session can be purchased for £7 here.

Posted by Andra Patterson at 3:21 PM