As followers of the BL‚Äôs medieval manuscripts blog will know, marginal illustrations are a common feature of medieval manuscripts, with fantastical specimens of wildlife, flora, and fauna often to the fore. They are much less likely to be found in musical sources after 1500 and examples in the BL‚Äôs extensive collection of printed music are almost non-existent.  However, one such example came to light in a recent acquisition of music by the Italian composer Gasparo Visconti.

Born in Cremona in 1683 to a noble family, Visconti apparently studied with Corelli before travelling to London in about 1702, where he found some success as a violinist. Very few works of his are known to survive.  He did, however, publish several works, including a collection of airs for two flutes, an instruction manual for young violinists, and a set of sonatas for violin and continuo issued as his opus 1.  The last of these was first published in Amsterdam by the firm of Estienne Roger in 1703, before being reprinted in London in the same year.  Both editions bear a dedication to William Cavendish (1640-1707), first Duke of Devonshire. 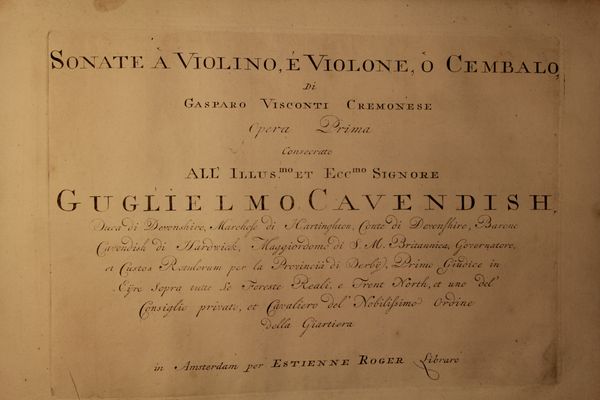 Visconti‚Äôs connection to the Duke is not made clear in either edition, but it seems likely that Cavendish supported the composer in some way. Little further information is supplied in the dedicatory preface by the composer, dated 3 March 1703 in the Dutch edition (shelfmark e.565.k.), in which Visconti extols the Duke‚Äôs ‚Äòheroic virtues‚Äô in the florid language that was customary in such epistles at that time. 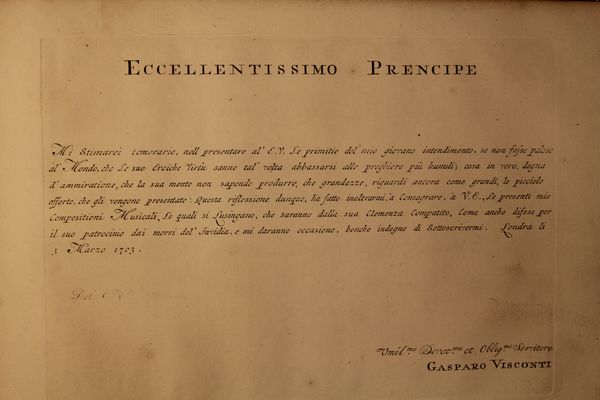 By 1703, engraving was the preferred technology for printing music in many parts of Europe. A key advantage over letterpress printing lay in the ability to print off copies from a set of plates according to demand.  According to the musicologist Rudolf Rasch, the Visconti edition was reissued at some point between 1708 and 1712, after the Duke‚Äôs death, with a seventh sonata appended to the original set of six.  It is this issue that contains scurrying mice at the beginning and end of the music, with a cat in hot pursuit at the end.

Were they included at the express wish of the composer? Do they have some programmatic significance in relation to the dedication?  Or were they simply added at the whim of the engraver of publisher?  It is impossible to know for sure, although it seems most likely (given the fact that they appear only in the reissue) that they serve a decorative function only. 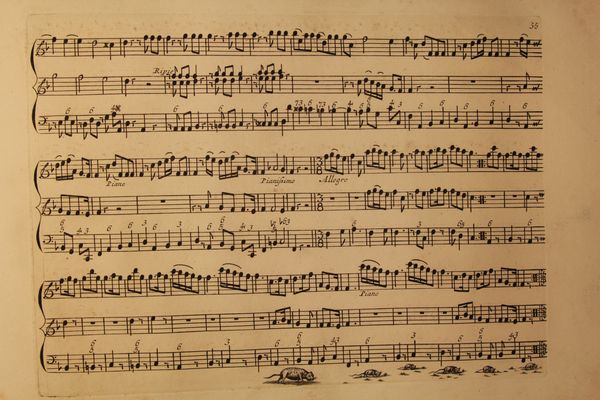 Whilst there have been more distinguished depictions of mice and cats over the centuries, this one is especially notable for its musical context.  It is certainly highly unusual in the history of music publishing, but the hunt now begins for other examples.

Posted by Rupert Ridgewell at 4:26 PM