Out of the Archive - Peter Gellhorn, Composer

On 30 June 2016, the British Library will be hosting an event entitled Out of the Archive – Peter Gellhorn, Composer.

Peter Gellhorn (1912-2004) came to Britain in 1935 as a refugee from Nazi Germany and soon gained a reputation as a pianist and conductor, working with many of the leading musicians of the post-war era, and holding posts at Sadler’s Wells Opera, the Royal Opera House, Glyndebourne, and the BBC.

Less well-known is his work as a composer, especially during the 1930s in Berlin, where he was a prize-winning student at the Berlin Akademie, and in the years following his arrival in Britain. Over the last few months a team from the Royal College of Music, led by Norbert Meyn and Terence Curran, has been working on a project to investigate Gellhorn’s musical legacy and to evaluate his compositions, the manuscript scores of which are now held at the British Library.

Their research forms part of the Royal College of Music’s wider Singing a Song project, which considers the lives and works of the many musicians who were forced into exile by National Socialism and went on to play pivotal roles in shaping Britain’s post-war musical culture.‎

In this event, the Alke Quartet will perform some of Gellhorn’s works for strings, many of which have not been heard for over 75 years. There will also be presentations about the project and on research into Gellhorn’s life and career, as well as the opportunity to view a selection of his manuscripts held within the collections at the British Library.

The event will take place on Thursday 30 June 2016, 3pm to 5pm, in the Foyle Room at the British Library. The event is free, but places are limited. To reserve your place, please email terence.curran@rcm.ac.uk. The closing date for bookings is Sunday 26 June 2016. 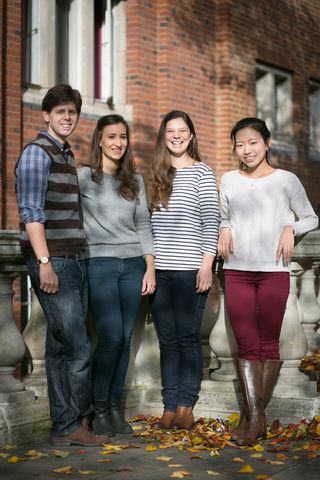