The pianist who transformed the Cold War 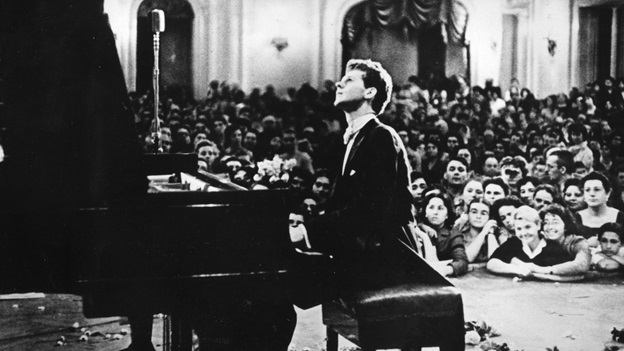 Amid political machinations that reached all the way to newly installed premier Nikita Khrushchev, Cliburn stormed his way to an upset victory. The result astonished the world and launched a career that catapulted Cliburn to rock-star celebrity in both the United States and the Soviet Union. A political naïf who strove and often struggled to live up to his unsought role as a musical ambassador, Cliburn continued to play a role in pivotal Cold War events right up to the Reagan-Gorbachev summit in 1987.

To launch his new book, Moscow Nights: The Van Cliburn Story—How One Man and His Piano Transformed the Cold War, Nigel Cliff will piece together the politics, personality and pianism of this extraordinary character in a special British Library event. This will take place this Friday, 25 November 2016, 19.00-20.30, in the British Library Conference Centre.