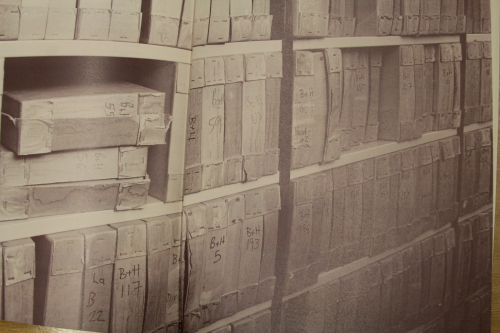 The recent post on the Library’s acquisition of the album of Vincent Novello, father of the publishing house, provides a useful reminder to announce the acquisition in the past year of another collection relating to British music publishing: the archive of Boosey and Hawkes. This is undoubtedly one of the most important music acquisitions in recent years, and in terms of size, it is certainly the largest. Comprising many hundreds of boxes of documents relating to the business of the firm for about a hundred years up to around 1980, it is of enormous research value, charting, as it does, the rich role that Boosey and Hawkes played in the musical life of the nation during that period; and of course the company is thriving and still very much in business today.

The modern company was formed in 1930 when the two founder firms merged: one had been established at the end of the 18th century as a lending library by John Boosey, before moving into publishing popular operas as they became fashionable in the mid-nineteenth century. William Henry Hawkes, on the other hand, was a military musician who set out to provide editions of woodwind and brass music in the second half of the 19th century. The new firm therefore came to cater for all musical tastes, producing editions of light music, popular songs, music for brass and military bands, dance orchestras, as well as publishing the works of some of the greatest classical composers of the 20th century. Today no other British music publisher has a greater international standing.

During the 20th century Boosey & Hawkes were pioneering in their support of contemporary music. They had a keen eye for identifying composers whom we now recognise to be amongst the greatest of the time: Bartók, Richard Strauss, Rachmaninov, Prokofiev, Martinů and Copland, for example, as well as the major British composers Elgar, Delius, Vaughan Williams, Britten and Maxwell Davies.

Though most of the autograph scores of the major composers do not form part of the archive, the archive contains documentation relating to just about every other aspect of the publication process and the promotion of the composers and their works. The correspondence between publisher and composer, for example, when considered side by side with the annotated proofs of the editions, shows how compositions reached their final form in print. So there are about 50 Stravinsky proofs and about 250 letters. In addition, there are about 100 letters from Benjamin Britten, whose works the company published until the mid ’60s. Other papers in the archive relate to performance, copyright, royalties, contracts and other legal matters.

None of this material has been publicly accessible to researchers before, so it is of enormous interest and importance. The archive is currently being arranged and catalogued and we look forward to making it available in our reading rooms as soon as we are able. Meanwhile, Helen Wallace’s Boosey & Hawkes: the publishing story (London, 2007) gives a flavour of what treasures and excitement to expect. 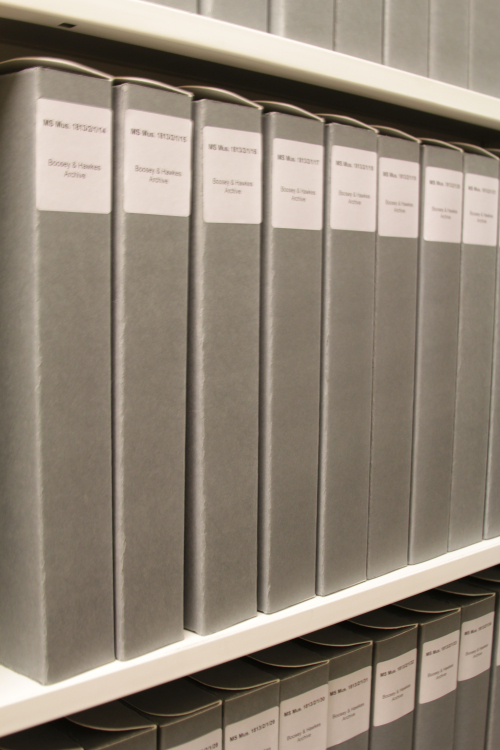