ŌĆ£Rossini, the composer, is at present the great object of curiosity and attraction in the fashionable circles.ŌĆØ Rossini in 1865. From Wikimedia Commons

Gioachino Rossini (1792-1868) ŌĆō whose 225th birthday falls at the end of this month ŌĆō made a particularly profitable visit to England between December 1823 and July 1824. As well as conducting and supervising performances of some of his existing operas at the KingŌĆÖs Theatre in London, he was commissioned to write a new work, performed for King George IV at the Royal Pavilion in Brighton, and was generally in demand for appearances at the most fashionable and exclusive social events. His fee, it was widely and sensationally reported, was 50 guineas a night. What is more, as the music journal The Harmonicon acerbically put it:

This, it was thought, was not doing enough; some subscription concerts therefore were suggested, for the purpose of more adequately rewarding the gran maestro for the risque he encountered, and the inconvenience he endured, in crossing the abominable Straits of Dover.

The commissioned opera, Ugo, re dŌĆÖItalia, may or may not have been finished [i], but was certainly never performed. At least one piece was written and performed during his visit though ŌĆō a lament on the death of Lord Byron, who had died in April 1824. This exists in a manuscript in the composerŌĆÖs hand here at the British Library (Additional MS 30246). 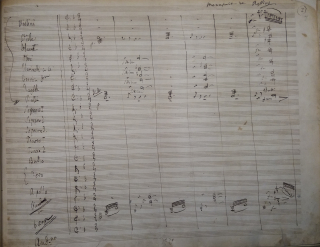 Originally described in our catalogue as a cantata for tenor solo called ŌĆśApolloŌĆÖ (the manuscript gives no title for the piece, and that name appears next to the vocal line in the score), this is the work published and known as Il pianto delle Muse in morte di Lord Byron ŌĆō based in part on a chorus from RossiniŌĆÖs 1820 opera Maometto II.

Rossini sang the solo tenor part himself in the second of two benefit concerts at AlmackŌĆÖs Assembly Rooms on 11 June 1824. Claws still out, The Harmonicon informs us that he ŌĆ£certainly did not spare his lungs on the occasionŌĆØ.

The British Library's printed music collections also include a piano reduction of the work dating from 1824 and signed by none other than the composer himself. This seems to have been used as the basis for a further printed edition produced for the composer by publisher Thomas Boosey that same year (and whose archive features elsewhere in this blog). 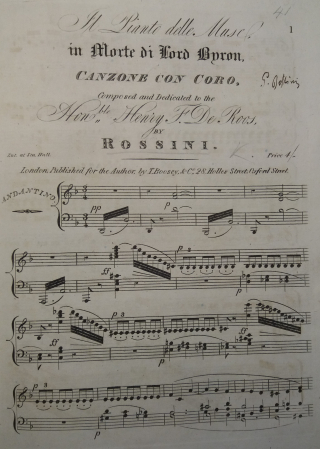 The manuscript (Additional MS 30246) shows plenty of tangible evidence of links with printed editions, with various light pencil annotations contrasting with RossiniŌĆÖs heavily-inked notation. It appears to have been ŌĆśmarked upŌĆÖ for, or by, the engraver, for layout, and to point out ŌĆśhazardsŌĆÖ, such as where the vocal line needed to be moved from the tenor to the treble clef. It is particularly interesting to see how the markings for system and page breaks match up with the printed end result.

Three other complete pieces by Rossini are also included in Additional MS 30246, all for a combination of solo voices and piano: DallŌĆÖ oriente, for piano and four voices; In giorno si bello, titled ŌĆśNoturno a tre vociŌĆÖ; and O giorno sereno. Each of these, along with the Byron-inspired piece, were separately published a few years later in Paris by Antonio Pacini . The handwritten plate numbers on these manuscripts suggests that they were used as the basis of those publications as well. 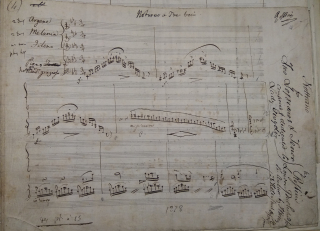 Working out how and why a particular manuscript came to be in the British Library's collections can sometimes be a bit of puzzle. While we usually have some kind of record of who it was purchased from, the trail often runs cold before that. In this case, a very brief note in the acquisitions records states that the bundle of manuscripts (which were only bound together later) was purchased from a ŌĆśMdme. Paul GayardŌĆÖ in January 1877. It seems likely that this was Paule Gayrard-Pacini, who received several notices in The Times and the Morning Post of piano recitals in London that year. Neatly, she was also the granddaughter of RossiniŌĆÖs French publisher, the aforementioned Antonio Pacini.

And the Pacini connection deepens. Additional MS 30246 also contains some short passages by Rossini intended for a pasticcio opera on Walter ScottŌĆÖs Ivanhoe, which Pacini had compiled and adapted from RossiniŌĆÖs existing operas (seemingly under the composerŌĆÖs supervision). Ivanho├® was performed in Paris in 1826, and it is known that a few small sections of music were especially written for it - most notably an early version of the famous tune from William Tell, which appears as a brief fanfare between spoken dialogue. Additional MS 30246 includes some accompanied recitative and a short orchestral passage marked ŌĆśsinfoniaŌĆÖ, which was possibly originally intended to open the opera. However, in the end, the tried-and-tested overture for Semiramide was used instead. The programme included presentations on printed music, music manuscripts and sound recordings. There was also a chance to chat to curators and to see items from the British Library's collections. 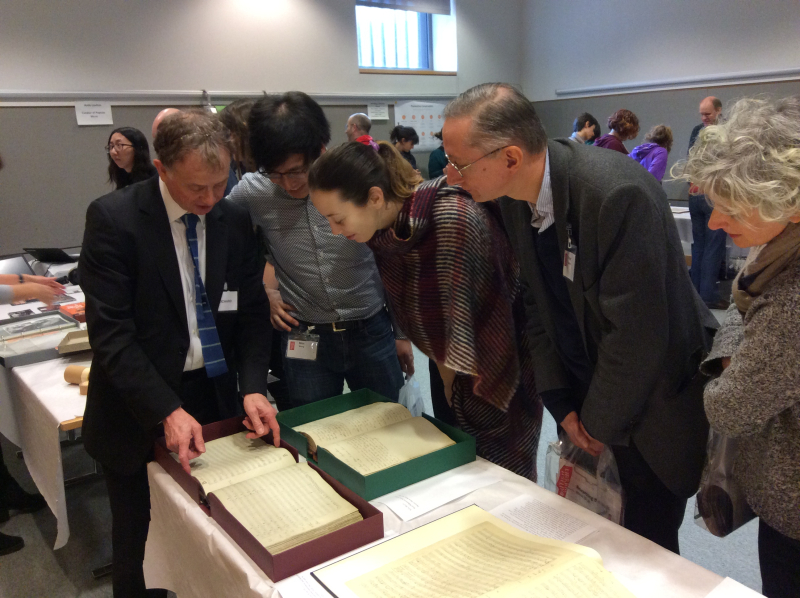 In addition, there's a wealth of information on the various music sources available at the British Library on our music subject page. You can also ask the music enquiries team or browse the library experts page for further advice.

A vacancy has arisen for a Music Cataloguer in the Content and Metadata Processing Team at the British Library, St Pancras.  Please visit www.bl.uk/careers for further information and to apply. The closing date is midnight on 26 February 2017.

The post holder will be an experienced cataloguer with excellent communication skills and an analytical and flexible approach to problem solving. You will have the ability to concentrate on abstract concepts and make sound and timely cataloguing decisions. You will be able to work successfully in a team environment.

The role gives scope for the post holder to help to strengthen C&MP South as a centre of excellence for cataloguing, to contribute to the formulation and development of British Library cataloguing policy, and to develop personal professional expertise and knowledge in relation to changes in bibliographic standards, in particular RDA development. You will work with the BL's important music collections, with the opportunity to contribute to the music outreach and events programme within your own specialism as required.

A special BL event for all doctoral music students

Are you a doctoral music student? Would you like to find out more about our collections and how to use our reading rooms? 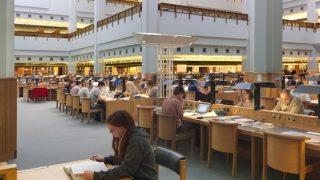 Further information is available here, and you can book a place online.

We look forward to seeing you soon!