To celebrate her 70th birthday on 28 April 2017, we are taking a closer look at the career and influences of composer Nicola LeFanu, and highlighting two of her works held within the music manuscript collections at the British Library. 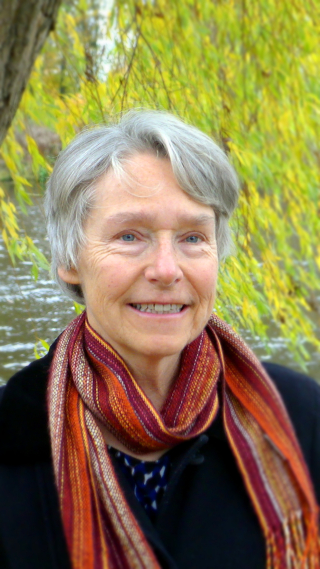 Nicola LeFanu was born in England in 1947 to librarian William LeFanu and composer Elizabeth Maconchy. She studied composition with Jeremy Dale Roberts, Alexander Goehr, Goffredo Petrassi, Humphrey Searle and Thea Musgrave. She has been most strongly influenced by her mother, her husband David Lumsdaine (also a composer), her first tutor Jeremy Dale Roberts and by Korean-American composer Earl Kim.

Her first large orchestral work, ‘The Hidden Landscape’, was commissioned by the BBC for the 1973 Proms. In an article for The Guardian, LeFanu describes the absorption required when composing for orchestra and the thrill of the first rehearsal when she heard the piece come to life exactly as she had imagined it in her head.

The British Library holds a dyeline copy of the composer’s manuscript score of this work, annotated by Norman Del Mar, who conducted the first performance by the BBC Symphony Orchestra on 7 August 1973. With the score is a letter from LeFanu to Del Mar dated 10 December 1975 along with a list of her alterations. These were produced in preparation for a recording of the work in January 1976. One of LeFanu’s particular strengths is in writing dramatically for voice. Among the many works she has written for soprano is the 1981 monodrama ‘The Old Woman of Beare’, which is among her personal favourites. The libretto is based on a 9th- or 10th-century Irish poem about a courtesan woman who has entered a convent in her old age. Here she reflects on her life, her sexuality and her aging body.

The work is notable for its passion, the integration of sea and sexuality, the wide range of the vocal part and the instrumentation, which is like an orchestra in miniature. LeFanu deepens the passion of the poem by mixing the singing with spoken passages and by integrating imagery of the sea. 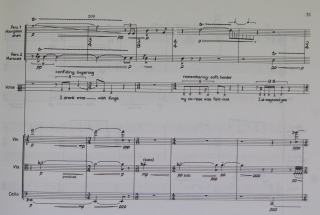 After studying at Oxford and the Royal College of Music, LeFanu won the Mendelssohn Scholarship in 1972 and was a Harkness Fellow at Harvard from 1973 to 1974. She was then Director of Music at St Paul’s Girls’ School from 1975 to 1977, followed by almost twenty years teaching at King’s College London. LeFanu became Professor of Music at the University of York in 1994, a post she held until 2008.

Nicola LeFanu is featured as ‘Composer of the Week’ on Radio 3 from 24 to 28 April 2017. Information about her works and recordings can be found on her website. Many of her scores and recordings are available at the British Library and some of her works can be heard on SoundCloud. 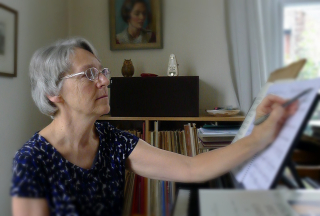