Some music manuscripts from the British Library’s collections have recently taken a trip to Kassel for this year's Documenta exhibition – the 14th of the quinquennial series that started in 1955. Displays of international contemporary art have been brought together by the artistic director (this year Adam Szymczyk ) and team of curators in venues around the city. This time a parallel exhibition is also taking place in Athens – with a spectacular ‘parthenon of books’ in Kassel bringing something of the Greek capital to Germany, in a striking visualisation of the overarching theme: ‘Learning from Athens’. 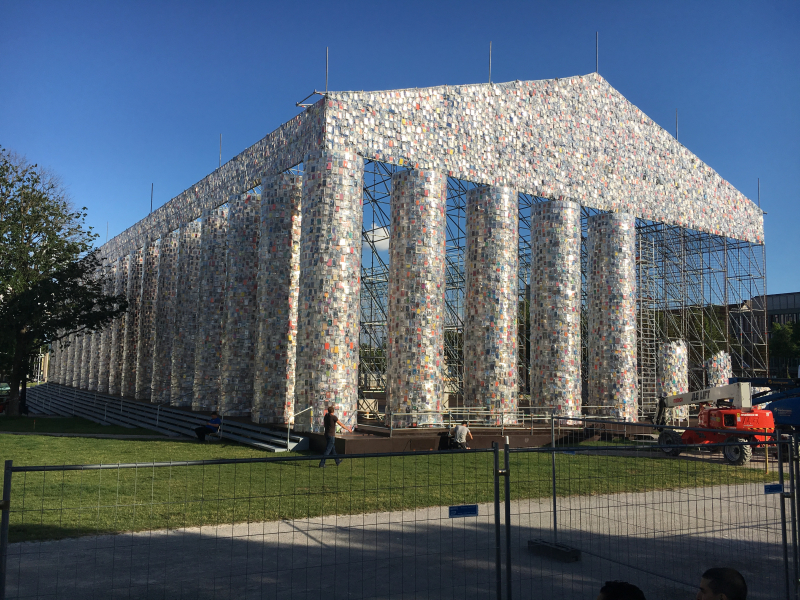 The Parthenon of Books (2017), by Marta Minujín (under construction). Friedrichsplatz, Kassel. Photograph by Lesley Thomas.

The manuscripts on temporary loan are all scores by Cornelius Cardew (1936-1981). Cardew’s music evolved from a post-war modernist style conveyed through detailed notational intricacies, to something that leaves open decisions about interpretation of signs on the page to performers – as in his iconic 193-page graphic score, Treatise. 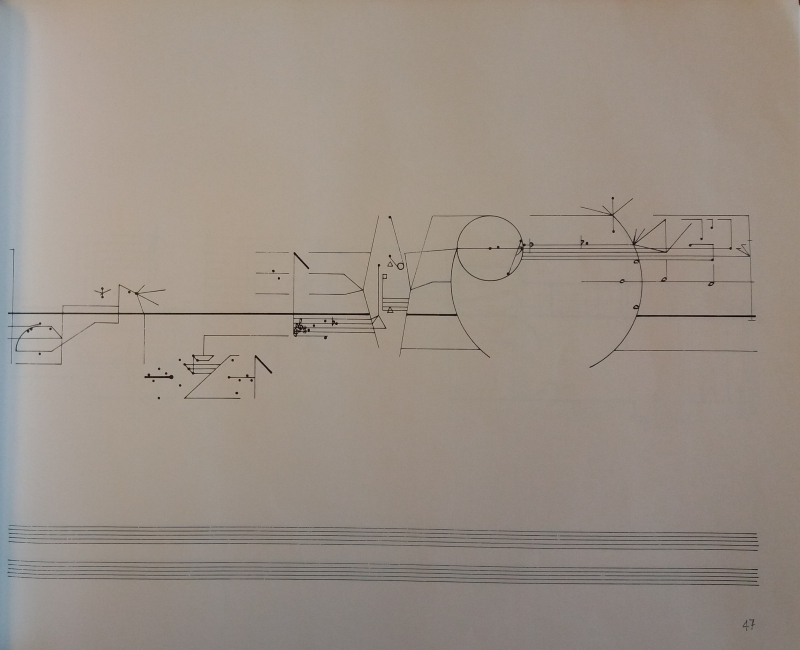 The Great Learning, another of Cardew’s celebrated pieces, arose from the experimental music class he taught at Morley College and the ensemble connected with it, the Scratch Orchestra. With performers from a range of backgrounds and musical abilities, this communal and democratic ‘coming together’ was reflected in the instructional nature of the score; consisting of a mixture of written words, traditional notation and illustrative diagrams.

Documenta 14 features other examples of scores that represent sound (or perhaps the actions that create sound – something suggested by John Cage) in a wide variety of ways. These often have a very immediate visual appeal too and blur the boundaries between art, music, sound, poetry and other modes of performance, as in the work of Katalin Ladik .

As well as published scores, books and articles, the British Library has three main manuscript collections relating to Cardew. The first, acquired in 1991 (Add MS 70727-70774 ), consists mostly of autograph scores. In 2010 the Library also acquired a large collection of Cardew’s papers (MS Mus. 1817) and scores - notably his annotated copy of Treatise used in early performances. In 2011 the British Library was also presented with a series of Cardew’s notebooks with sketches, jottings and writings dating from 1958-1980 (MS Mus. 1741). Complementing all of this are recordings of oral history interviews  with people who knew Cardew (C1430) and, of course, recordings of performances of the pieces themselves - searchable in our Sound & Moving Image catalogue.