This evening’s concert at the BBC Proms is a recreation of a programme conducted by Sir Malcolm Sargent on 23 July 1966 – it was in fact the 500th promenade concert he had conducted since (literally) taking over the baton as chief conductor of the annual music festival in 1948. Sadly that 1966 season was to be his last. This year marks the 50th anniversary of Sargent's death in 1967. 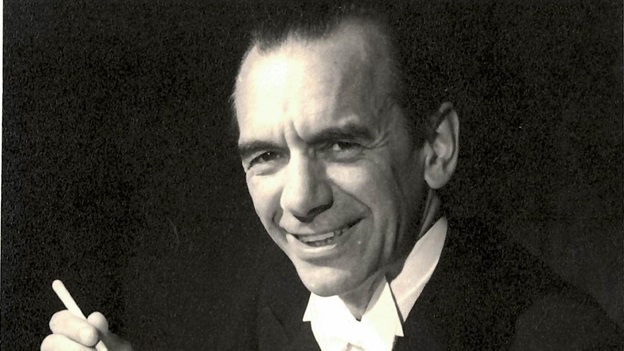 Regular readers of this blog might remember posts in 2012 and 2013 about cataloguing the Malcolm Sargent Collection here at the British Library. With work on the rich and varied archive well under way we thought this year would be a perfect time to celebrate Sargent and his life and work with one of our regular study day events.

Sir Malcolm Sargent: A Life in Music will introduce the Sargent archive as well as offering the chance to hear from people who worked with the conductor: his secretary Sylvia Darley OBE, clarinettist Colin Bradbury and timpanist Pat Brady. We will also take the opportunity to reassess his recorded legacy with record producer Andrew Keener and conductors David Lloyd-Jones and Sian Edwards. Musicologist Donald Burrows will present on Sargent's interpretations of Handel, while David Kidger will focus on the Courtauld-Sargent and Robert Mayer children's concerts. Richard Aldous, whose 2001 biography of Sargent drew on source material from the archive, will be interviewed by Tom Service.

The study day also coincides with the Last Night of the Proms, an event which in many ways helped make Sargent a household name. In fact it was at the Last Night in 1967 that Sargent made his final public appearance – footage of his surprise appearance onstage at the end of that concert will also feature in the study day.