Verdi at the V&A

A number of British Library collection items are on loan to the Victoria & Albert Museum at the moment for their blockbuster exhibition, Opera: Power, Passion and Politics. Based around seven operatic premieres, the exhibition explores the relationship between those works and the cultural and political events of their time. A selection of books, pamphlets, maps and manuscript scores recently made the short trip from St. Pancras to South Kensington and are now on display alongside an amazing selection of artefacts from collections around the world. To mark the exhibition we will be posting a series of short articles here over the coming months, delving further into our collections to find more related to each of the composers represented. 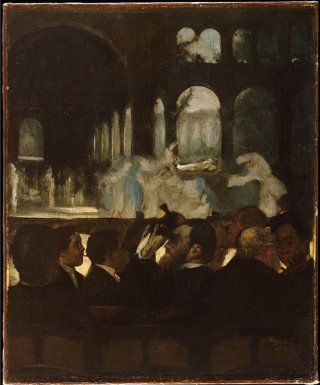 'The Ballet Scene from Meyerbeer's Opera Robert le Diable', Edgar Degas (1876). The famous painting, from the V&A's own collection, is also exhibited.

Verdi’s Nabucco, first performed in Milan in 1842, is one of the featured operas in the V&A's exhibition (as Verdi’s birthday was earlier this week it seems appropriate to focus on him in this first blog post!). The audience at that opening night may or may not have found resonances with their political situation in the famous ‘Chorus of the Hebrew Slaves’ (Va, pensiero), but the piece's associations have certainly become well established since.

A handwritten copy of the vocal line appears in a collection of political songs used by the twentieth-century experimental composer Cornelius Cardew (1936-1981). The back of this single page reveals the chorus included in a set list of songs to be performed at an event in the 1970s, sitting alongside more overtly political songs such as the Red Flag and El Pueblo Unido. 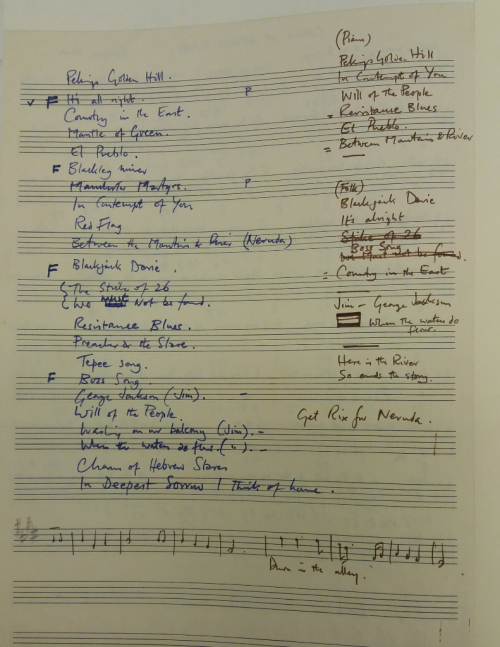 For a later performance Cardew talks of the piece being "an allegory of the plight of the modern composer, isolated from the broad masses (whose activity should be his main source of inspiration) in the Establishment's Ivory Tower for New Music".*1

Nabucco is often described as a key work in establishing Verdi’s reputation. That reputation grew relatively quickly – Ernani, his first opera to be performed in Britain, was given at Her Majesty’s Theatre in London in 1845. Nabucco followed the next year but theatre licensing rules of the time dictated that biblical characters were not allowed to be represented on the stage. This meant some changes to the story, and the name of the title character (and the whole opera) was altered from Nebuchadnezzar (/Nabucco) to Nino.

We are lucky to have performance materials from some of these nineteenth-century productions of Verdi’s operas in London. The image below gives some impression of the perils the scores and instrumental parts have faced over the years, most notably escaping a fire at the theatre in 1867. 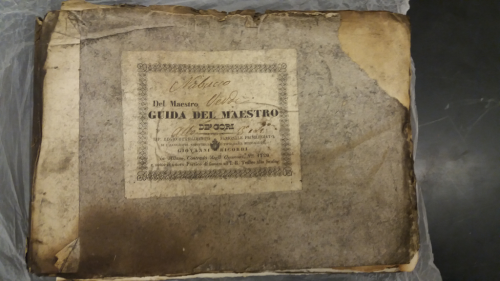 An annotated chorus part, possibly from those first London performances in 1846, shows some of the minor changes to text that Va, pensiero was given as a result of the plot and character changes: Giordano (Jordan) became Eufrate (Euphrates), while Sione (Zion) became Babele (Babel). 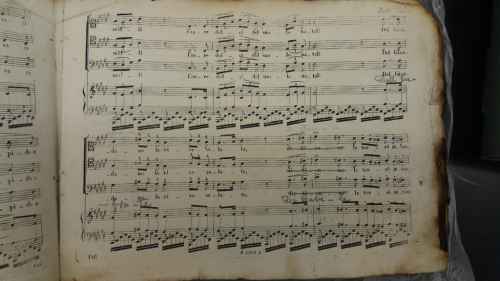 A manuscript score for the chorus master, probably from a slightly later 1850s performance, gives intriguing insight into the personalities of musicians involved – this caricature appears throughout the score, but looms especially large at the opening of the chorus. 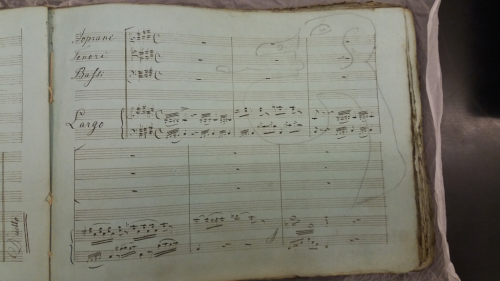 While Verdi’s operas were described as popular with the public in London, critical opinion seems to have been divided. Massimo Zicari’s book on Verdi’s reception in London at the time discusses plenty of examples of this, but a review of Nabucco from 1846 by James Davison, editor and owner of the influential periodical, The Musical World, is particularly eye catching:

Whatever the critics said, the popular appetite for Verdi’s operas helped feed a sub-industry of associated tie-in publications – arrangements of tunes from the operas for piano and other instruments in the form of paraphrases, pot-pourris and fantasies. Even, as in this case, arranged as a quadrille for dancing. 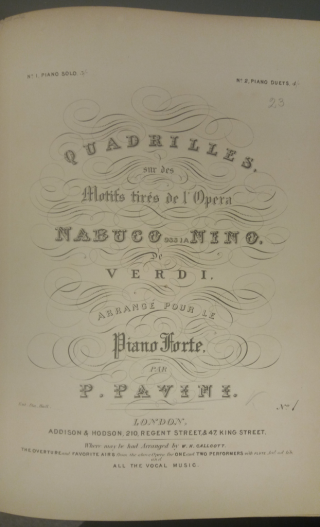 Franz Liszt’s operatic paraphrases are perhaps the pinnacle of the form. Below is a page from an autograph manuscript of his paraphrase on themes from Verdi’s Simon Boccanegra. Liszt’s endless process of revision, rethinking and reworking of his pieces is particularly apparent in this score. 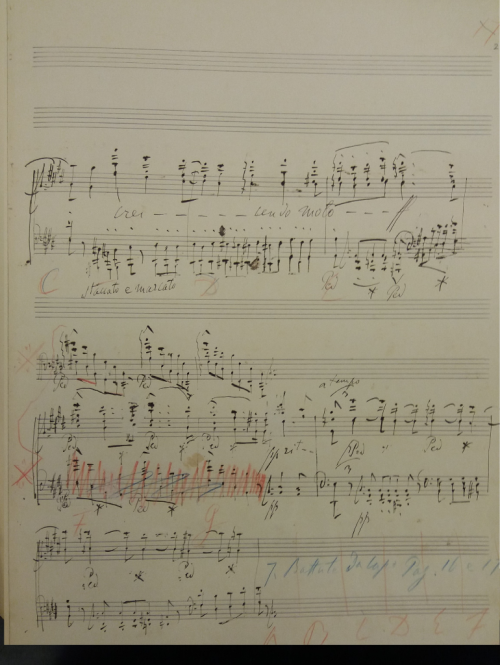 Last but certainly not least in this brief show-and-tell of Verdi-related items in the British Library collections is a complete opera in Verdi’s hand! This is his ninth opera, Attila, which was premiered in Venice the same year Nabucco was first given in London (1846). The manuscript was purchased by the British Museum in 1898 from Josef Coen, and an inscription inside tells us that at some point it was also owned by an F. Goring in Florence. Beyond that, its provenance - and the route it took from Verdi’s desk to us - remains something of a mystery. 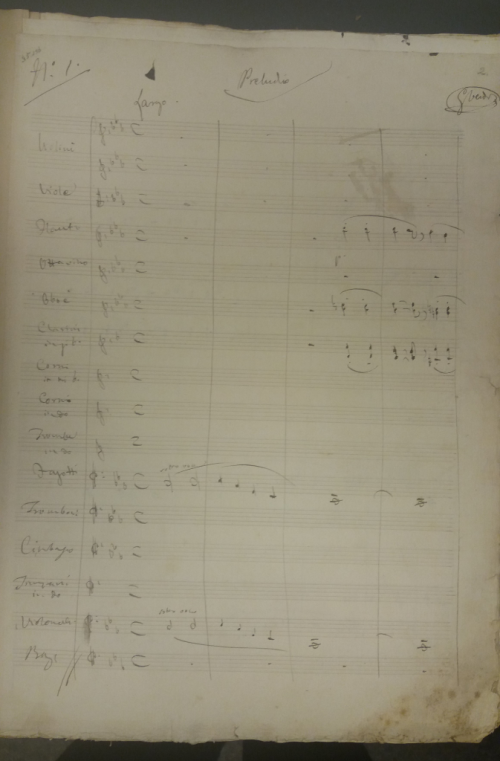