To mark the 500th anniversary of the publication of Martin Lutherâ€™s Ninety-Five Theses and the beginning of the German Reformation, the British Library is hosting a free exhibition in its Treasures Gallery which looks at Lutherâ€™s life, works and influence.

The cantatas of J. S. Bach are, of course, among the most widely known works of the Lutheran musical tradition, so it is entirely fitting that the exhibition should include Bachâ€™s own manuscript score of one such work, Wo soll ich fliehen hin (BWV 5). 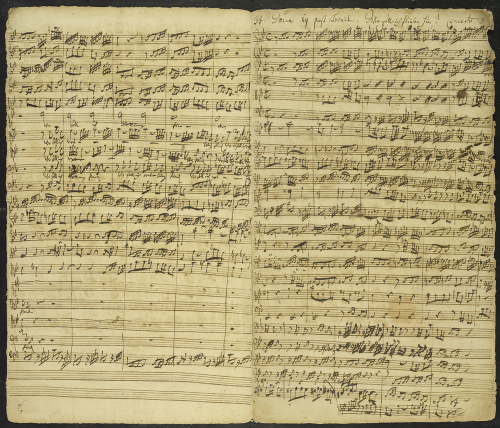 The autograph score for this work forms part of the Zweig collection (shelfmark Zweig MS 1), a large collection of manuscript treasures collected by the Austrian author Stefan Zweig (1881-1942) which was donated to the British Library by his heirs in 1986. 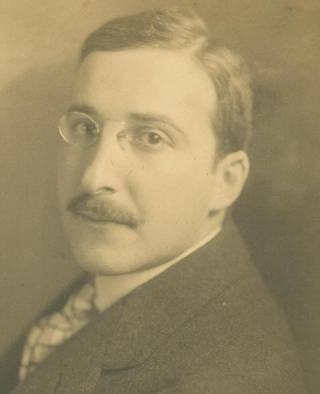 Bachâ€™s autograph (Zweig MS 1) consists of twelve folios, with the first two movements crammed onto just eight pages and additional staves ruled to accommodate loose ends. The following image shows how Bach ran out of space at the end of the bass aria, completing the final phrase with the separate parts side by side.

Phrase ends copied at the bottom of the page. Zweig MS 1 f.6v.

The manuscript has been fully digitised and is available to view on the British Libraryâ€™s digitised manuscripts page.

The cantata was composed in the early years of Bachâ€™s employment as the Cantor at Leipzigâ€™s Thomaskirche, with the first performance taking place on 15 October 1724. The cantataâ€™s text is derived from a hymn of the same name by Johann Heermann (1584-1647), the first line of which roughly translates as â€˜Where shall I fleeâ€™; however the identity of the librettist of the full text used by Bach remains unknown.

In Leipzig, the congregation of the Thomaskirche clearly did not sing the original chorale melody first printed with Heermannâ€™s Wo soll ich fliehen hin. Instead, the melody quoted by Bach in the soprano part is a tune more commonly associated with Auf meinen lieben Gott by Jacob Regnart.

The cantata is scored for four-voice choir, strings, basso continuo, oboes and, slightly unusually, â€˜Tromba da tirarsiâ€™ or slide trumpet. In addition to doubling the chorale melody in the opening chorus, the trumpet is most prominently heard in the aria Verstumme, HÃ¶llenheer (Be still, hordes of hell!), where the player must negotiate the long passages of triplet semiquavers described by John Eliot Gardiner as â€˜ferociously demandingâ€™.[1]

In Bachâ€™s time, the Lutheran cantata had taken the place of the motet which was traditionally sung after the gospel reading appointed for the day. In the tradition of these motets, the cantata was supposed to draw out themes and meaning from the gospel, fulfilling an exegetical role in the understanding of the word of God. Bachâ€™s Wo soll ich fliehen hin is clearly composed in this tradition, taking its scriptural starting point from the prescribed passage in the Gospel of Matthew. This passage for the 19th Sunday after Trinity recounts the story of the man who is sick of the palsy, healed when Christ forgives his sins. Bachâ€™s libretto is therefore largely concerned with sin and forgiveness, adapting the text of Heermannâ€™s chorale to include references to the healing and atonement of sin by Christâ€™s blood.

The exhibition label accompanying this manuscript in the Treasures Gallery makes an interesting note of the fact that Heermann, whose chorale formed the textual basis for Bachâ€™s libretto, is commemorated in the Lutheran calendar of saints along with fellow hymn writers Philipp Nicolai and Paul Gerhardt. Bach himself is, of course, commemorated in the same calendar on 28 July, the day of his death: his inclusion is undoubtedly well deserved on account of his great contribution to the Lutheran musical tradition, and is not simply for canonic variation.

Posted by Elias Mazzucco at 1:40 PM