Ian Page, conductor and artistic director of Classical Opera and The Mozartists, recalls his exploration of dozens of scores in the British Library as part of his research for the recently released 2-CD recording, ‘Mozart in London’ 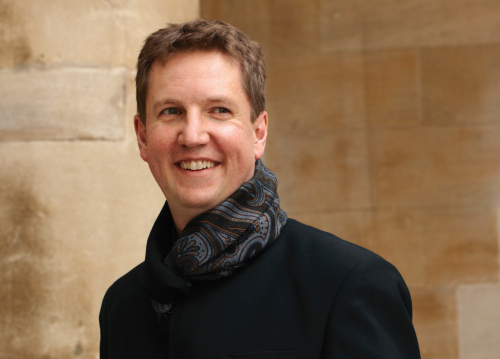 For a London-based company devoted to performing the music of Mozart and his contemporaries, it is a tidy and convenient coincidence that Mozart began his composing career in earnest here in the English capital.

In August 1764, four months after Mozart and his family had arrived in London, Wolfgang’s father Leopold had fallen ill and been advised to withdraw with his family to the purer air and rolling countryside of Chelsea (!). Leopold remained bed-ridden for a few weeks, and to facilitate his recovery both Wolfgang and his sister were forbidden from playing music or making any other noise. I like to think that it was as a direct result of this stipulation that the then eight-year-old Mozart sat down in silence to pen his first symphony.

Mozart composed a handful of works during his 15-month stay in London. Three symphonies and his first concert aria, “Va dal furor portata”, all feature on our new recording, and he also wrote a set of six sonatas dedicated to Queen Charlotte and a miniature motet, “God is our refuge”, which he presented as a gift to the British Museum following his visit there in July 1765. 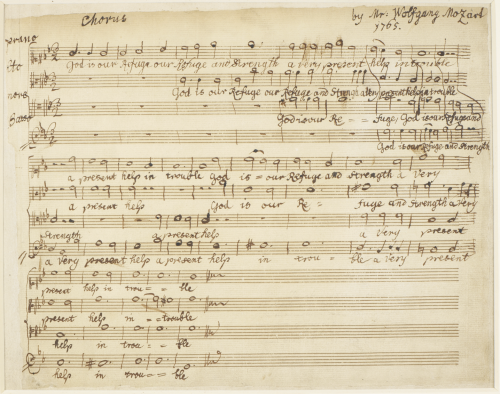 These works have all been recorded before, and are familiar to the more ardent and inquisitive of Mozart-lovers. Our ‘Mozart in London’ festival, however, which was one of the flagship projects in the first year of our ongoing MOZART 250 series, sought to explore the music that the young Mozart might have heard during his extended visit to London, and our 2-CD set features live recordings originally taken from the concerts which comprised this festival. All the information that I needed in order to put this programme together proved to be readily available at the British Library, and I was amazed that nobody had previously explored this wealth of forgotten music, much of which would have had a formative influence on the young Mozart. The recording includes over a dozen pieces that had never been recorded before.

We are lucky that people of the 18th century were such fastidious chroniclers, and we know exactly which operas were performed at the King’s Theatre, Haymarket (in Italian) and at the Theatres Royal at Covent Garden and Drury Lane (in English) during Mozart’s stay. Furthermore, although Johann Christian Bach’s Adriano in Siria (premièred at the King’s Theatre, Haymarket on 26 January 1765, the day before Mozart’s ninth birthday) is the only score to have survived complete, many of these operas had selections of ‘Favourite Airs’ published, and copies of these can be found in the British library collection. 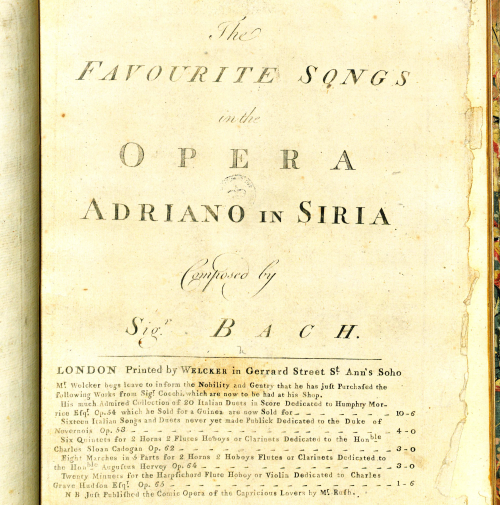 I spent many hours ploughing through these volumes, and ended up with over 250 arias or duets to choose from. Less than half of these, perhaps, were deserving of resurrection, but I was astonished by how good much of this music was, and how clearly it paved the way for Mozart’s own musical language. On one level a figure of Mozart’s magnitude is best regarded as a unique and timeless genius, but he was also very much a product of his own age and experiences. Mozart’s father is frustratingly reticent in his letters about what music they heard in London – he is more concerned with complaining about the weather and the beer – but the deeper I delved the more apparent it felt that Mozart must have been familiar with a lot of this surviving music. During this process I discovered charming and beautiful music by composers I had previously not even heard of – the likes of Giovanni Pescetti, Davide Perez, George Rush and William Bates – and it only added to the excitement that much of this repertoire had not been performed since time of its composition. I have never been more grateful for my British Library Reader’s Card.

Posted by Elias Mazzucco at 7:00 AM