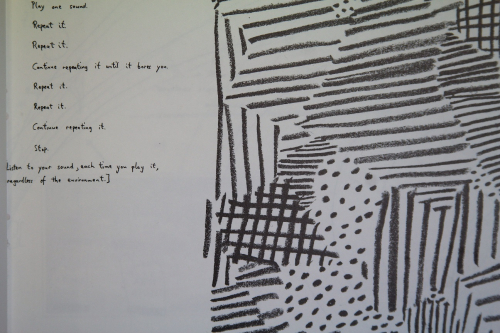 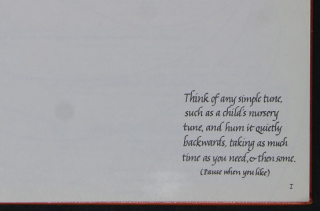 This is music for a scratch orchestra - this is Scratch Music!

On Tuesday 9 July we are holding an event exploring some of the musical scores created for and by The Scratch Orchestra. We are very pleased indeed to welcome several of the founding members of the ensemble, Michael Parsons, Howard Skempton and Carole Finer. They will be sharing some of their insights, and personal experiences of composing and performing in the group with Late Junction’s Max Reinhardt. Before that, Dr Jane Alden will introduce examples of the scores, and help us understand them in the context of experimental music making in the 1960s and 70s. What's more, there will also be plenty of opportunity to hear the sounds they represent, as pieces are performed in the foyer of the Knowledge Centre by the Vocal Constructivisits before, during and after the event - you will even have a chance to try things out for yourself! 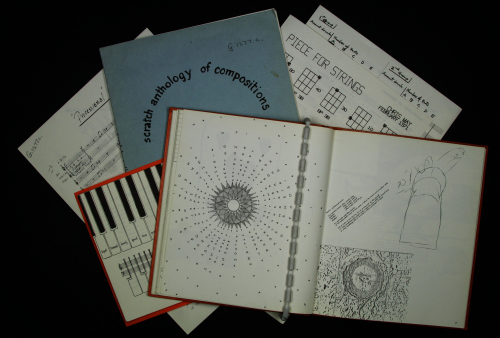 It’s 50 years this year since the Scratch Orchestra was founded, initiated in part by a rather ostentatious ‘draft constitution’ published by Cornelius Cardew in the pages of The Musical Times (the June 1969 issue). In that he set out a vision for an ensemble that would pool the resources (not necessarily, or even primarily, musical) of a large number of enthusiasts: “assembling for action (music-making, performance, edification)”. It grew out of the experimental music class that Cardew taught at Morley College, and it aimed for a democratic approach to music making, where trained musicians and people from non-musical backgrounds could take part in performances on an equal footing. The idea certainly attracted people from a range of different backgrounds, including visual artists, dancers and writers. Indeed many of the scores are striking as visual art works in their own right; some even create musical pieces that don’t involve sound! 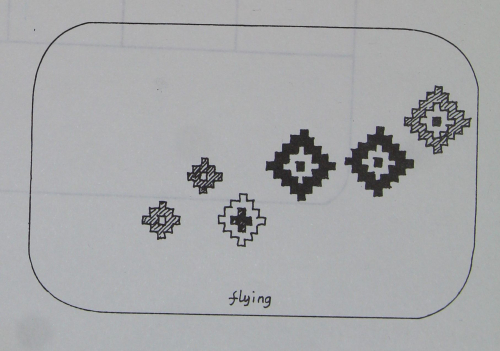 Much of this built on movements in experimental music at the time, especially the work of John Cage, Christian Wolff, Karlheinz Stockhausen (at least in part - his text score for Aus den Sieben Tagen, for example) and the cross-disciplinary, performance-art work of the Fluxus community. But it was perhaps the democratic, communal and slightly anarchic element in the Scratch that made it distinctive, especially in the context of Britain at the time. They appeared (thanks to Victor Schonfeld’s ‘Music Now’ concert series) at the Queen Elizabeth Hall, and even at the Proms in 1972, but they also visited village halls, arts centres and civic buildings up and down the country. They received a call from the police (and perhaps more significantly the local press) in Newcastle, who were reacting to and, presumably inadvertently, realising Greg Bright’s Sweet FA which instructed performers to “act as obscenely as you can until the authorities arrive” - this eventually grew into a Scratch Orchestra opera, also called Sweet FA, that told the story of those events.

Ultimately the Scratch Orchestra was relatively short-lived, but its influence and something of its ethos have lived on into the present day. Several of the scores and pieces are now iconic examples of their kind – not least Cardew’s own The Great Learning, but also Howard Skempton’s Drum No. 1 and John White’s Drinking and Hooting Machine. The list of names involved with the group at different times is equally impressive: from Cardew himself, to Howard Skempton, Michael Nyman, Brian Eno, Gavin Bryars, John Tilbury, and Tom Phillips.

Part of 'Ode Machine 2' from The Great Learning, by Cornelius Cardew

Knowledge of the Scratch Orchestra will live on in the form of the archive it leaves behind - albeit in a way that is missing the crucial lived experience of what it was like to be there and take part. Here at the British Library we have an extensive collection of material relating to Cornelius Cardew in particular, including:

We also have a substantial set of papers currently being catalogued as MS Mus. 1817 (an update on that to follow soon…). This includes correspondence from throughout Cardew’s life, but especially around the time of the Scratch Orchestra.

In addition to all that, the Sound & Vision collections here have a number of interviews with former members of the Scratch Orchestra, all full of fascinating insights into the realities of the group.

In the end questions about the nature of these scores - how they convey musical ideas, and how they are interpreted - also raise more, even more fundamental, considerations about what it means to compose music, what a musical work is, and what parameters can be ‘fixed’ and conveyed for others to interpret. The Scratch’s democratic approach to communicating ideas, and empowering everyone to explore sound, seems to get to the heart of this ideas.

So, come along on the 9th July to find out more!