From Music to Meme (1): Musical Expressions of National and Regional Identity on Postage Stamps

The word ŌĆśstampŌĆÖ certainly brings music to a PhilatelistŌĆÖs ear, yet they are also literally a musical medium for the masses!  Postal authorities worldwide have issued countless postage stamps incorporating reproductions from musical manuscripts, or notations into their designs. Including other stamps depicting instruments, composers and famous musicians, the British LibraryŌĆÖs Philatelic Collections are an invaluable resource for cultural historians, manuscript specialists and musicologists.

In  ŌĆśBanal NationalismŌĆÖ (Sage, London 1996) Michael Billig argues that an underlying, non-extremist, endemic type of national identity is formed by everyday encounters with representations of authority on official and consumable objects including coins, stamps, paper money and flags. This phenomenon stems from their mechanical mass reproduction, widespread dissemination and consumption making stamps an excellent meme-complex for transmitting multiple memes or units of cultural expression from one person or group to another. National anthems are a popular way for nations to eulogise their history, traditions and struggles musically since the nineteenth century, a period coinciding with the ŌĆśinventionŌĆÖ of adhesive postage stamps. Consequently, it should come as no surprise to learn that anthems form a very popular design theme on stamps.

Many designs juxtapose the music and lyrics alongside a range of national symbols to create a multi-tiered symbolic identity. On 6 June 1983, the PeopleŌĆÖs Republic of China issued a 20f stamp commemorating the Sixth National PeopleŌĆÖs Congress designed by Wan Weisheng depicting music and Chinese text by Tian Han and Nie Er for the national anthem, ŌĆśY├¼yŪÆngj┼½n J├¼nx├ŁngqŪöŌĆÖ below the national flag (Figure 1). Taiwan adopted a similar format for its $2.50 stamp commemorating the countryŌĆÖs 60th National Day issued on 10 October 1971. Designed by Yen Ki Shih and printed by the Government Printing Works in Tokyo, it depicts the music and lyrics for TaiwanŌĆÖs national anthem, ŌĆśZh┼Źnghu├Ī M├Łngu├│ gu├│g─ōŌĆÖ beside the national flag overlaying a map of the island overlaid by the music and text (Figure 2). 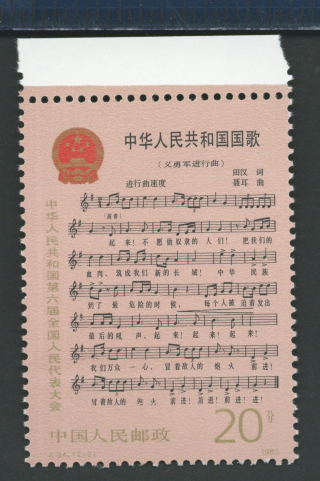 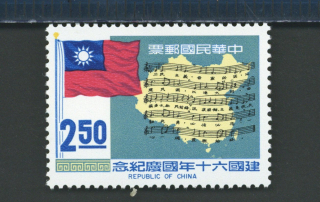 Uruguay issued a 15p stamp designed by A. Medina on 19 May 1971 to commemorate the National Anthem depicting a few bars of music by Francisco Jose Deballi with Francisco Acuna de FigueroaŌĆÖs lyrics beside the nationŌĆÖs armorial bearings. The stampŌĆÖs selected colour scheme is identical to those adopted upon UruguayŌĆÖs flag (Figure 3). 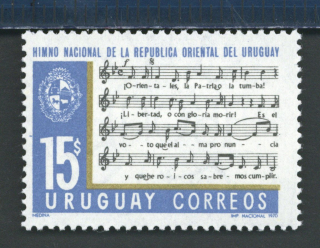 On 25 October 1980, Costa Rica issued two stamps commemorating the national anthem. On this occasion, each design incorporates a portrait to embed the artist and music into the national symbolic and ritual narrative. The 1c stamp depicts a portrait of lyric writer, Jose Maria Zweledon Brenes (Figure 4) whilst the 10c stamp depicts the composer Manuel Maria Gutierrez whom President General Juan Rafael Mora allegedly imprisoned until he had completed the anthem score (Figures 5)! 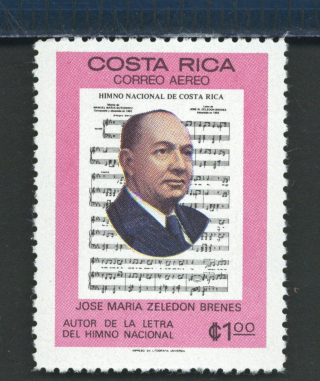 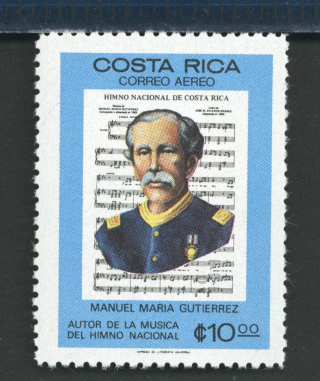 Liberia issued a 6c stamp commemorating the inauguration of the Antoinette Tubman Child Welfare Foundation on 25 November 1957, depicting a group of children singing in the foreground, symbolising the nationŌĆÖs future. Behind them is a song-sheet with Olmsted LucaŌĆÖs music for the national anthem, juxtaposed next to a depiction of the FoundationŌĆÖs headquarters (Figure 6). 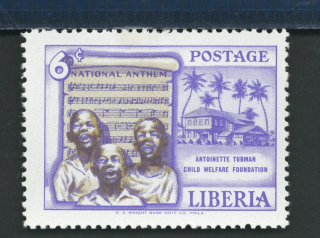 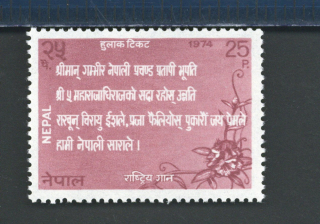 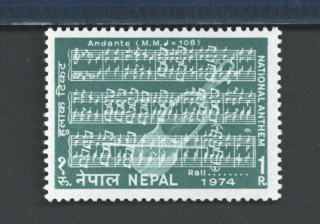 On 1 December 1976, Barbados issued a set of four stamps celebrating the 10th Anniversary of Independence, all designed by PAD Studios. The 25c value depicts the anthemŌĆÖs musical score and text with a range of wind and percussion instruments indicating the music should be performed (Figure 9). The $1 stamp design portrays musicians at the Independence Day Parade where the national anthem would have been part of the performance, demonstrating how anthems are an established component of state performance and ritual (Figure 10). 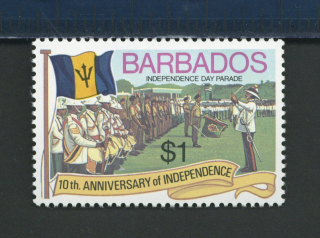 On 16 May 1972, Venezuela released a 5b stamp as part of their ŌĆśVenezuela in the AmericasŌĆÖ Issue. It illustrates the anthemŌĆÖs music overlaying flags for every nation in the Americas and Caribbean (Figure 11). The design uses the anthemŌĆÖs music to reinforce national identity whilst forming part of a wider international community. Some national stamps incorporate music in their designs recognising regional identities. On 28 April 1981, Spain issued a 12p stamp commemorating Galician Autonomy, depicting the music from the ŌĆśHimno GalegoŌĆÖ overlaying a map of the region above GaliciaŌĆÖs armorial bearings (Figure 12). 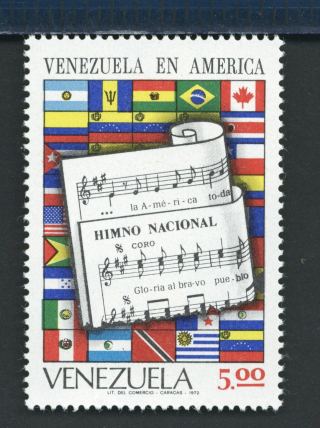 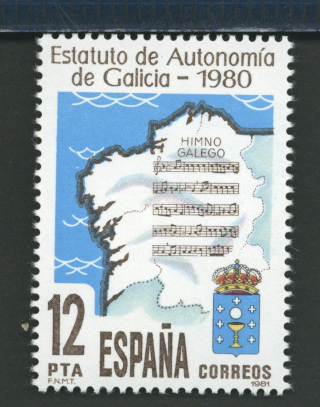 Finally, in 1973 the Kingdom of Bhutan issued a set of seven ŌĆśtalking stamps,ŌĆÖ which are playable miniature records comprising the national anthem, folk music and historic narratives. Predominantly designed for the collecting community, this issue provides an excellent example of how manufacturing technologies are able to incorporate audio recordings into stamp design (Figure 13). 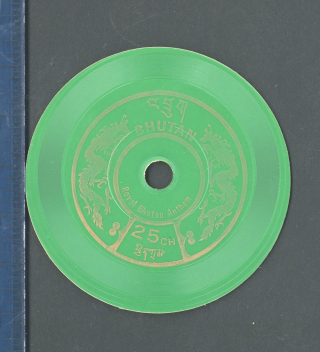 Postage stamps are therefore an important research resource illustrating the cultural transmission of national anthems across the national and international stage.  The design elements also incorporate a range of visual and mnemonic techniques to represent sound, music and national identity. The majority of them are musically accurate, leading one to query whether developments with MEI, OMR, TEI, Geo-Referencing and cataloguing technologies can be utilised on stamps to generate big data to support such a thesis. One hopes specialists reading this blog will be stimulated enough to develop these ideas further.

Posted by Loukia Drosopoulou at 1:49 PM