Three additional articles are now featured on the space: Shadow and light in war and peace: Michael Tippett’s A Child of Our Time written by Oliver Soden, Holst and India written by Nalini Ghuman and Promoting New Music in Britain written by Annika Forkert. 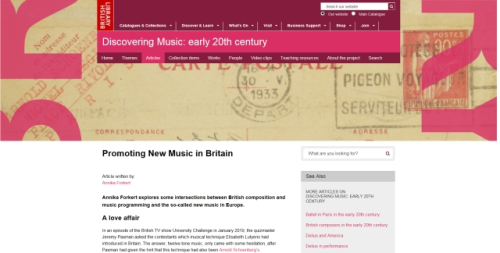 Nine additional collection items have been created to accompany the newly published articles and three further ones have been added to the existing articles on British Composers in the early 20th century, The Second Viennese School and Music and the Creative Process: Elgar’s Third Symphony. The collection items feature autograph manuscripts and letters by Michael Tippett, Gustav Holst, Anton Webern, Alban Berg, Ralph Vaughan Williams, and Edward Elgar. 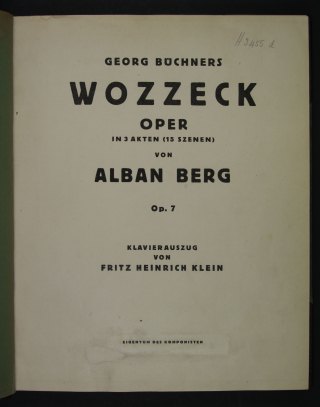 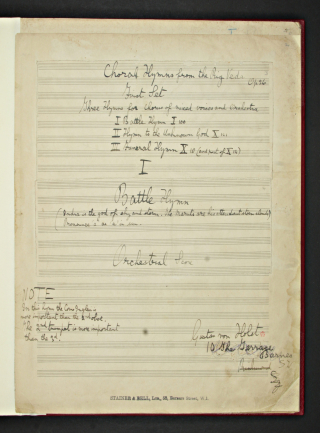 An additional People page has been added to the space for the composer Michael Tippett. 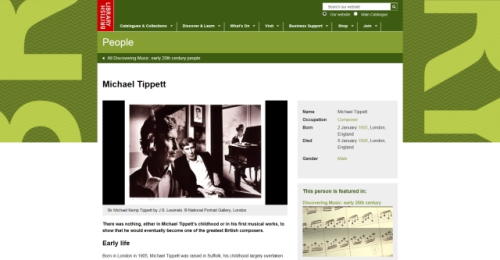 This phase of the project features over 100 20th-century treasures from the British Library’s collection including sketches, first editions, letters, concert programmes, sound recordings and photographs.

Reflecting a period of intense musical development, the site reveals the ways in which key musicians of the period captured the world around them by rejecting inherited traditions and experimenting with new forms and themes. The site includes fascinating manuscripts by, among others, Benjamin Britten, Edward Elgar, Frederick Delius, Maurice Ravel, Arnold Schoenberg and Anton Webern. Users can also browse articles, information on specific musical works, and teachers’ notes designed to support the study of music at GCSE and A Level. With this material the Library hopes to illuminate the social, political and cultural context in which this music was written.

Posted by Loukia Drosopoulou at 2:29 PM