Celebrating the music of Prince Albert

Earlier this month we published a blog on Prince Albert the composer to mark the 200th anniversary of his birth. To celebrate his bicentenary further we have digitised a number of his music manuscripts in the Royal Music Library. The following manuscripts can now be viewed online: R.M.18.a.5; R.M.18.a.10; R.M.21.e.24; and R.M.21.e.26.

From the above manuscripts R.M.21.e.26 is of particular interest: the manuscript contains sketches, drafts and finished works primarily of Prince Albert’s songs written in his own hand. The volume also contains some sketches for his anthem ‘Out of the deep’, his Te Deum and his Invocazione all’armonia.

Apart from being a volume with autograph compositions, the manuscript is also interesting for revealing the private side of Prince Albert the composer: we can see how some of his musical ideas originated and how he worked on these developing them into finished works. In this respect, the volume resembles a music notebook.

The papers Prince Albert used to write the music in this volume are of different types, as evident from the slight variations in paper sizes, the colour of the paper, and the different number of staves per page; some leaves also show marks of having being folded. This suggests that the leaves were bound in a single volume at a later stage. 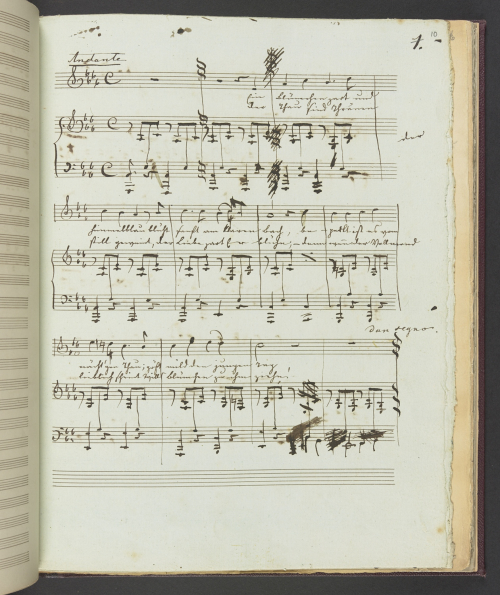 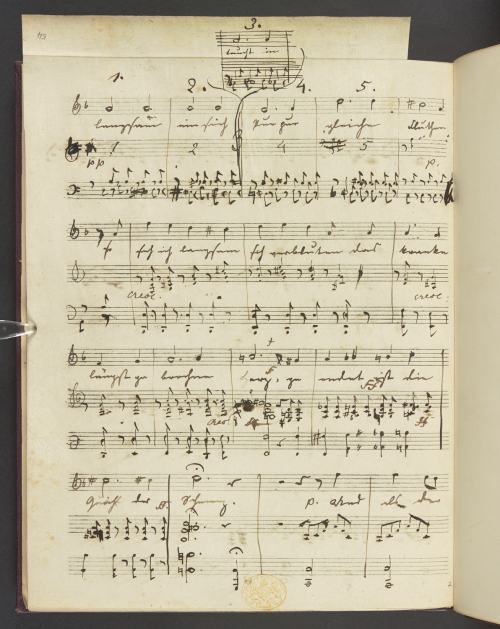 The manuscript R.M.21.e.26 is also an interesting source for the study of Prince Albert’s music handwriting. The appearance of his handwriting is not consistent in the volume, reflecting the different compositional stages of individual pieces as well as the different times and circumstances the music was being written.

Some works are neatly copied in ink and are in finished form, whereas others are copied in a hasty manner and often lack the accompaniment or have it only partially filled in; other leaves contain mere sketches in pencil. The differences in handwriting appearance can be seen in his notation of certain elements, such as clefs, especially the G clef as can be seen in the following snippets: 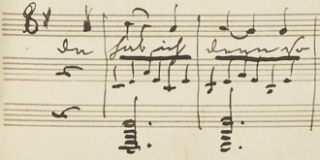 Apart from music by Prince Albert the Royal Music Library includes numerous printed and manuscript volumes with music either collected by Prince Albert and Queen Victoria or presented to them. Although it is difficult to establish the exact volumes that originally formed part of the royal couple’s music collection, the bindings of certain volumes, dedications, inscriptions, or letters kept inside volumes can serve as proof that these formed part of their music collection, as the examples shown below: 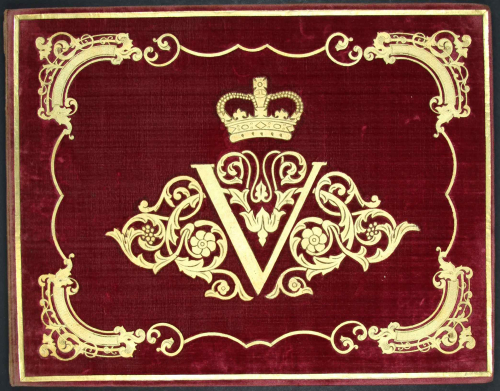 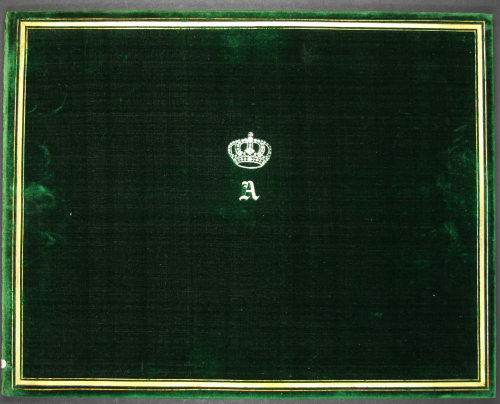 One important volume that formed part of Prince Albert and Queen Victoria’s music collection is a volume that was presented to them by Felix Mendelssohn Bartholdy during one of his visits to London where he had also met the royal couple.

The volume includes arrangements from his Sieben Lieder ohne Worte op.62 and op.67 for piano four-hands in Mendelssohn’s autograph which he composed for the royal couple. The volume also contains a letter to Prince Albert from the composer, dated 9 June 1844, where he writes ‘[...] May Your Royal Highness occasionally play from these pieces and consider them as an earnest of sincerest gratitude for the gracious reception and the unforgettable hours in which you have allowed me to participate once again during my present visit in the past weeks.’ .[1] 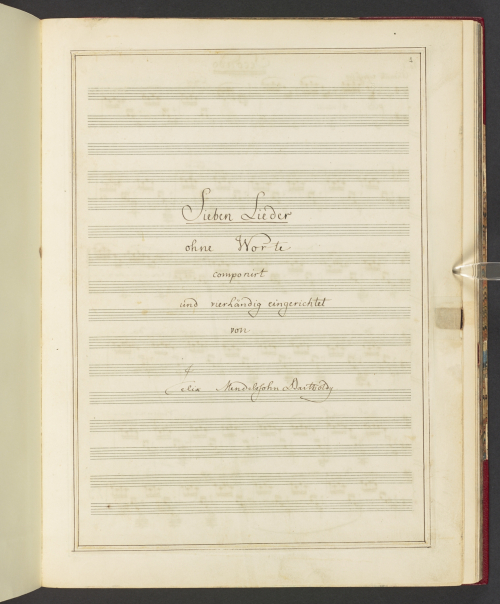 The Royal Music Library contains many more valuable sources for the study of Prince Albert’s music, as well as his and Queen Victoria’s musical tastes and collecting practices. It is hoped that the bicentenary anniversary of their births will spark further interest and research into their music collection and activities.