With the activities of concert and opera organisations abruptly curtailed owing to the coronavirus crisis, it seems a good time to explore an unusual set of concert programmes held by the British Library.  The Konzert-Programm-Austausch – or Concert Programme Exchange – collection stands out in the Library’s extensive holdings of programmes for its size, geographical diversity, and unusual configuration.  Bound in 60 volumes, the collection consists of some 15,000 programmes and flyers dating from between 1900 and 1914 and encompassing concerts given in Europe, Russia, Scandinavia, the USA, South America and Japan. 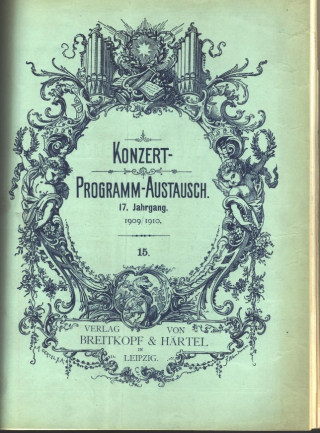 This material forms part of a unique scheme initiated in 1893 by the Leipzig-based publisher Breitkopf & Hartel to distribute programmes on a subscription basis.

Subscribers would receive 36 instalments per year, each typically containing between 50 and 100 programmes arranged alphabetically by location.  Annual subscriptions were offered to organisations such as music societies, orchestras, and chamber groups, each of which was obliged to contribute multiple copies of its programmes for distribution within the series.  Over time, subscribers could therefore build up runs of original programmes from each organisation.  The arrangement of the collection into separate parts, each enclosed in a wrapper with a decorative title page, reflects the way in which Breitkopf collected and then distributed the programmes to subscribers.

The venture as a whole operated from 1893 until 1944, a period of significant change in the technology of music dissemination.  In London, the conductor Sir Henry Wood (1869-1944) – founder of the long-running Promenade Concerts – subscribed to the series and contributed a selection of programmes for his concerts at the Queen’s Hall and elsewhere.  Indeed, the first few volumes in the British Library collection once formed part of Wood’s personal library and each are bound with his name embossed in gold lettering on the front cover. 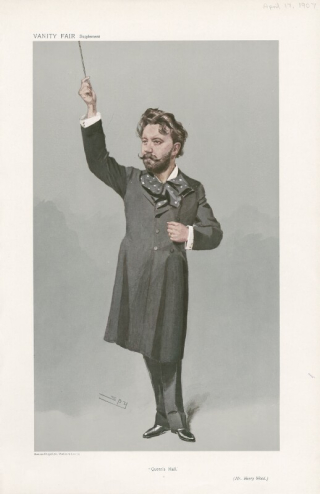 Wood was especially interested in new and unusual repertory – he called such works ‘novelties’ – and information gleaned from the Concert Programme Exchange series could, in theory, have influenced the programming of his concerts, or at least given him an indication of musical trends in other parts of Europe.  The series might also have acted to promote awareness of the activities and schedules of soloists and conductors, which will have given an inquisitive conductor like Wood ideas for future performances.  In this respect it helped to bridge the gap between the pre-audio era and the advent of commercial recording and broadcasting. 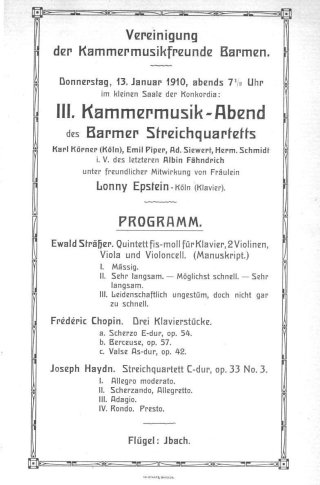 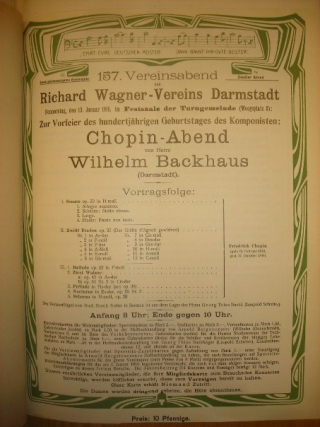 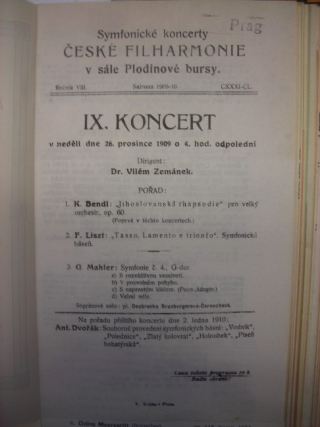 The portion of the series held at the British Library contains a rich variety of material, reflecting not only the musical repertories performed at the time but also the visual aesthetics for marketing performances at the time.  Represented within the collection are programmes not only for some of the world’s most important concert venues – such as the Queen’s Hall in London, the Musikverein in Vienna, and Carnegie Hall in New York – but also a wide range of concert-giving organisations in countless smaller towns and cities.  A typical issue dating from January 1900 consists of 41 flyers and programmes, beginning with a concert given in Altona by the Altonaer Kirchenchor at the St. Johanniskirche on 4 January.  The remaining items are from venues in Austria, Czechoslovakia, Denmark, France, Germany, the Netherlands, Poland, and Switzerland. 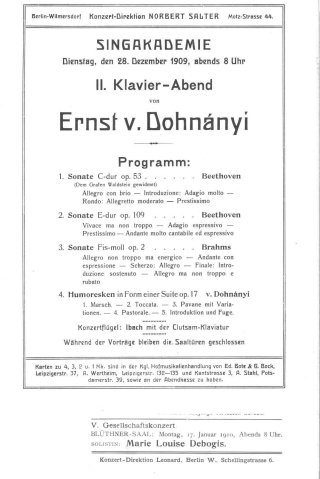 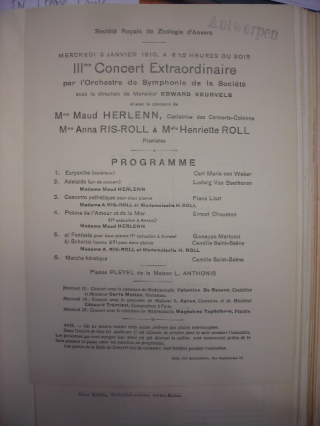 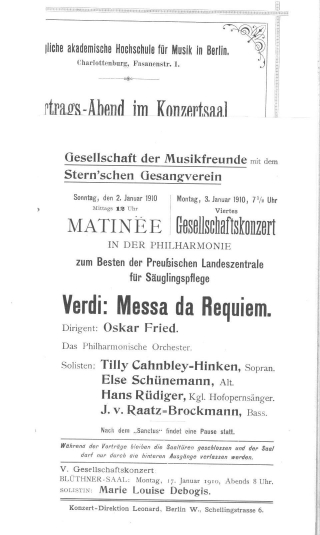 They include a performance of Verdi’s Requiem conducted by Oskar Fried in Vienna on 2 January with the Vienna Philharmonic Orchestra, as well as subscription concerts of orchestral music presented by the Berlin Hofkapelle (under Felix Weingartner), the Leipzig Gewandhaus, and the Tonhalle in Zurich. The repertory ranged from performances of baroque choral music, to a performance of Bruch’s ‘Das Feuerkreuz’ in Cologne, to piano recitals by Ernst von Dohnanyi in Berlin and Wilhelm Backhaus in Darmstadt. Through the collection researchers can therefore investigate repertories and reconstruct concert programming with a detail and a geographic breadth impossible in any single collection of programmes elsewhere.

The collection has been digitised in full and is currently available via the Nineteenth-Century Collections Online portal, a subscription service which can be accessed in the Library’s reading rooms (https://www.gale.com/intl/c/ncco-british-theatre-music-and-literature-high-and-popular-culture).