In the last year we digitised nearly 40 manuscript volumes from the Royal Music Library, including autographs by Agostino Steffani, J.C. Bach, Alessandro Scarlatti, and other composers.

Among the manuscripts digitised are 24 volumes with works by Agostino Steffani (1654-1728), who served as Kapellmeister and diplomat at the court of Duke Ernst August of Hanover from 1688 until 1703. The manuscripts in the Royal Music Library, some of which are in his own hand, are thought to have been brought from Hanover to England by King George I. They include numerous volumes with Steffani's chamber duets and operas, which survive in their original bindings. 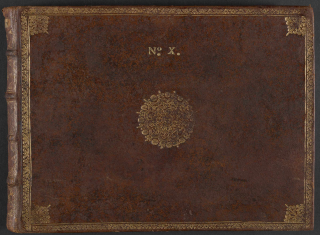 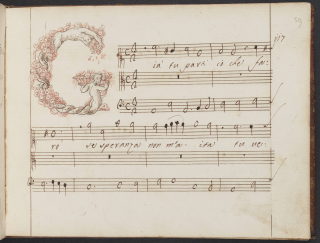 The original leather binding of volume X of Agostino Steffani’s 13-volume set of vocal duets, and folio 59r with the opening of the duet ‘Gia tu parti’ in Steffani’s own hand. British Library R.M.23.k.18. 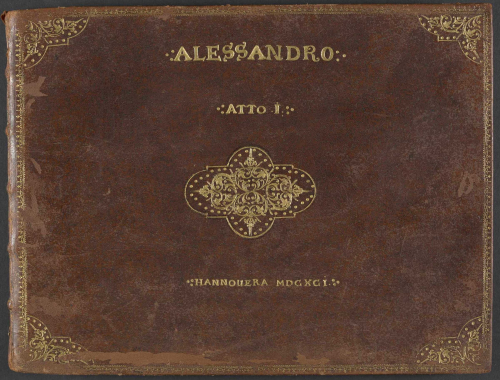 All surviving volumes of Steffani’s 13-volume set of vocal duets at R.M.23.k.13-20 have now been digitised, with volumes R.M.23.k.16-20 available to view via our Archives and Manuscripts catalogue and Universal Viewer. The operas by Steffani that have been digitised include the Hanoverian operas La Superbia d’Alessandro, Orlando Generoso and Henrico Leone (the latter is available to view on our Digitised Manuscripts portal). 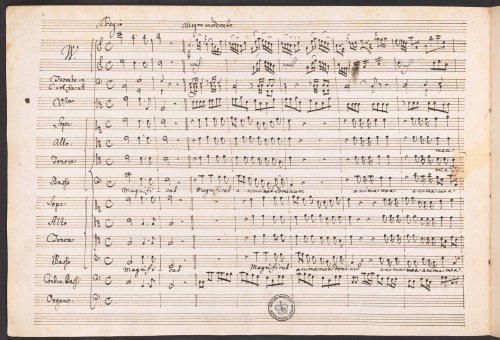 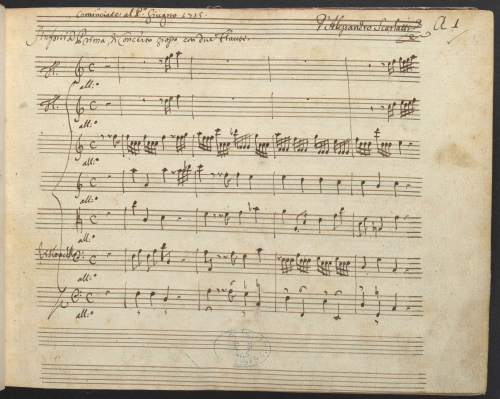 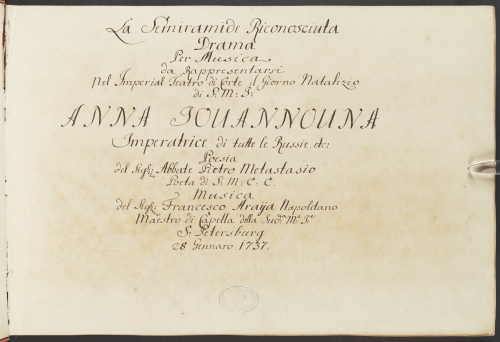 Title page of Francesco Araja’s opera Semiramide riconosciuta stating his position as 'Maestro di Capella' at the court of Empress Anna Iovanovna at St. Petersburg in 1737.
The volume is preserved in its original velvet binding and with the note ‘this volume belongs to the Queen 1788’ on the flyleaf which we find marked on a number of volumes in the Royal Music Library that belonged to Queen Charlotte. British Library R.M.22.a.6.

Alongside the digitised autograph Handel manuscripts in the Royal Music Library, the digitisation of these volumes is helping to highlight examples of well-represented composers in this collection and their autograph manuscripts, and also preserve manuscripts that survive in their original, and quite often fragile bindings.