Following our recent blog post about newly digitised material from the Royal Music Library, we thought it might be useful to provide an updated list of all the digitised music manuscripts now available online, which you can download via this link: Download British-library-digitised-music-manuscripts-online September 2021

Over the years we have digitised high-profile treasures such as music manuscripts from the Stefan Zweig collection, 97 volumes of Handel autographs, and many by other famous names such as Mozart, Beethoven and Bach. There are also many other early sources for instrumental and vocal music to explore, digitised either as part of research projects or for preservation purposes. These include some key 16th- and 17th-century sources of keyboard music, such as the Mulliner book (Add MS 30513), the ‘Cosyn’ (R.M.23.l.4) and ‘Forster’ (R.M.24.d.3) virginal books, as well as that of Elizabeth Rogers (Add MS 10337). 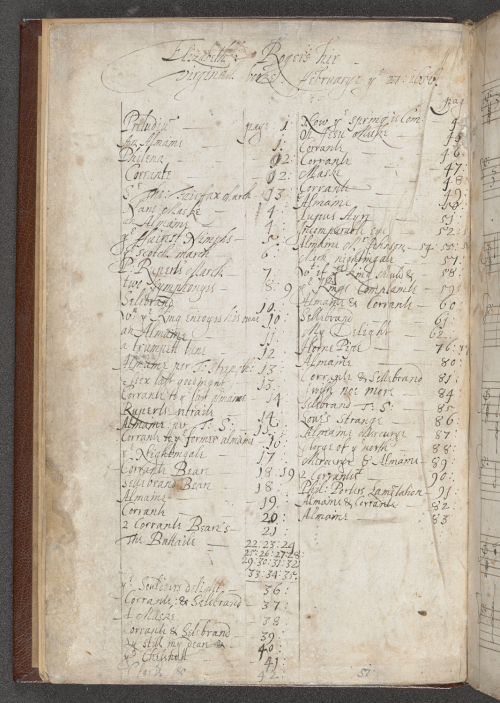 The last owner’s name mentioned above, John (Lord) Lumley (c. 1533-1609), also owned the six sets of partbooks now available online, as we can see from the ownership marks inside. 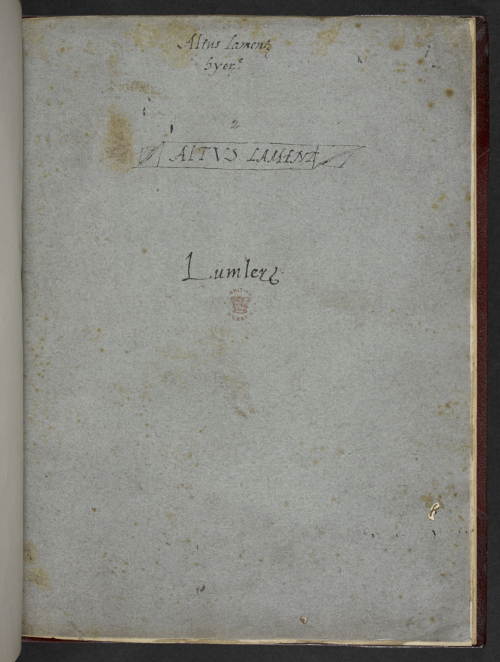 Lumley is perhaps now best known for his immense collection of books, the largest private library in England at the time. A lot of it came from the collection formed by his father-in-law, Henry Fitzalan, 12th Earl of Arundel. The Earl of Arundel was a prominent Catholic figure in England through much of the Tudor age, having held influential positions at the courts of Henry VIII, Edward VI, Mary I and, for a time, Elizabeth I. His collection contained some notable music manuscripts and publications, including works dedicated to him and pieces collected on his travels around mainland Europe. Accounts also survive of music making at Nonsuch Palace in Surrey, which had been sold to the Earl of Arundel by Mary I. Lavish court entertainments are the most vividly described events, but the Palace’s chapel will have been the site of more regular music making, perhaps using the partbooks described above. 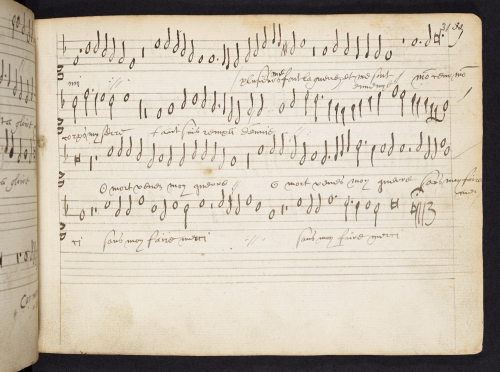 Some of these sets of partbooks are especially interesting because they preserve repertoire from a particularly turbulent period of religious change. Royal Appendix MS 12-16, for example, contain polyphonic liturgical music from pre-Reformation England, while Royal Appendix MS 74-76 (the ‘Lumley’ partbooks) are among the earliest sources for church music of the Reformation itself. For various reasons – be it deliberate destruction or perceived obsolescence – relatively few comparable examples survive. The ‘Lumley’ partbooks show us one reason why some things may have been kept even after their original use became superseded: at some point the books of sacred music were repurposed as instrumental parts for secular pieces. 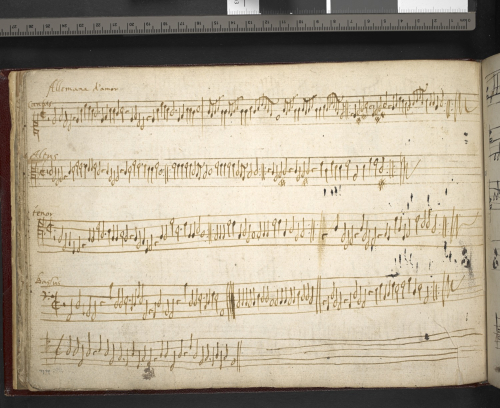 Instrumental parts for an ‘Allemand d’amour’, at the back of a triplex part book. Royal Appendix MS 74, f. 44r.

After Lord Lumley’s death in 1609 his collection entered the Royal library (see http://www.bl.uk/catalogues/illuminatedmanuscripts/TourRoyalStuart.asp for more information), which eventually became part of the British Museum’s collections when it was presented to the nation by George II in 1757. It is perhaps worth pointing out that, slightly confusingly, this Royal library is a separate one to the Royal Music Library that was given to the British Museum in 1957, having been on loan for several decades before that (see https://www.bl.uk/collection-guides/royal-music-library for more information).

Of the other digitised material to have been recently published, there are also various treatises including some of those from the collection of John Hawkins (Add MS 4920; Add MS 4922); more sources of 16th- and 17th-century music – including keyboard pieces by Frescobaldi (Add MS 40080), tunes and dances arranged for lute (Egerton MS 2046); violin and bass music by William Lawes (Add MS 17798) and, continuing the royal theme, a book of instrumental fantasias by Giovanni Coperario/John Cooper, music master to the children of James I (Add MS 23779).