Beethoven at the British Library – a list of online resources

To mark the occasion, this blog post draws together all the digitised Beethoven sources that are freely available via the British Library website. 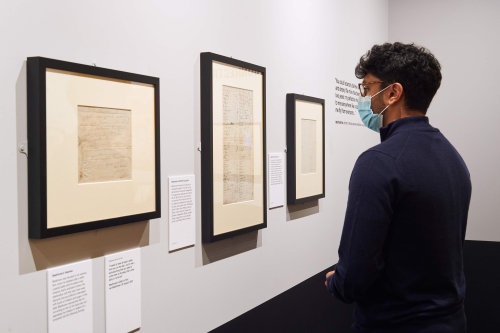 Inside the Beethoven exhibition at the British Library. Credit: Justine Trickett

Central to the exhibition, and the British Library’s Beethoven collections, are the autograph scores and sketches for works from across the composer’s life. These include collections of miscellaneous loose pages, later bound together, as in the ‘Kafka’ sketch miscellany (named after a previous owner, Johann Nepomuk Kafka, 1819-1886) which includes a draft for an early symphonic movement in C minor. 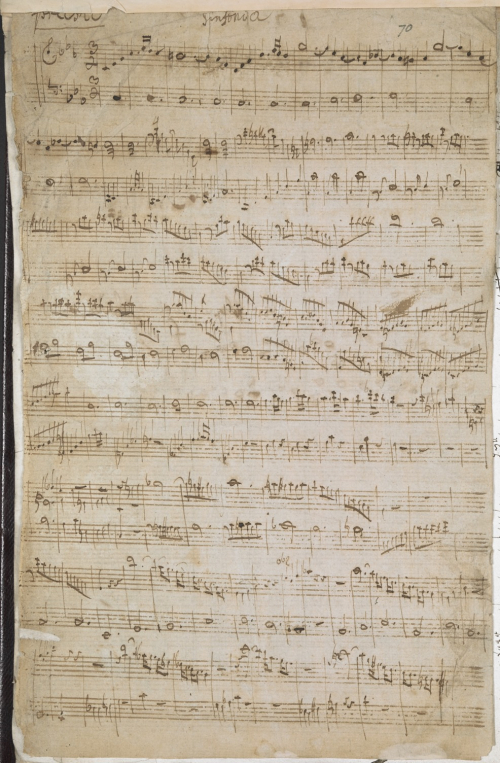 There are also examples of the bound sketchbooks that Beethoven used from 1798 onwards, mostly dedicated to specific works, such as the one for The Ruins of Athens, found at the front of the ‘Kafka’ miscellany (ff. 1-37). A particularly magnificent example is the sketchbook for the ‘Pastoral’ symphony, which also includes ideas for the op. 70 piano trios, among other things. Also featured are finished scores of complete pieces, such as the op. 30 no. 3 violin sonata and various songs. 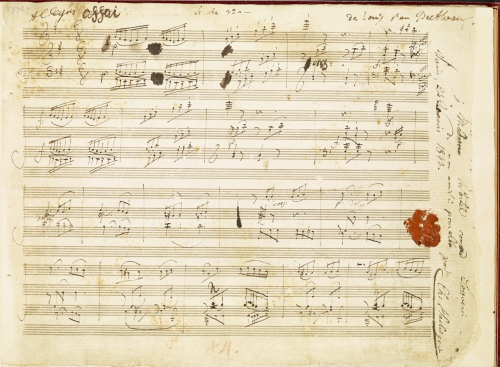 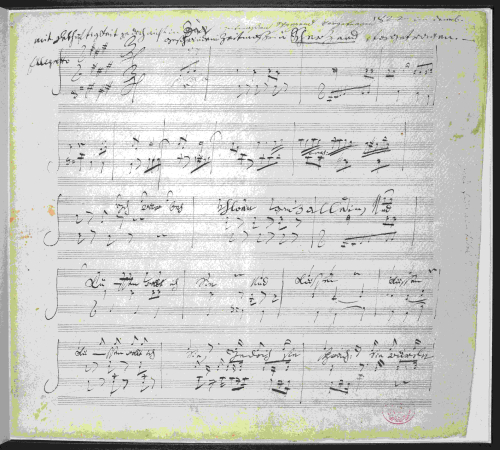 Three items here are sources, either printed scores or copyist manuscripts, with annotations and corrections in the composer’s hand. These include Beethoven’s own copy of his very early piano sonatas and a score of the violin concerto sent to London for publication in a version for piano and orchestra. You can find out more about this manuscript in this blog post. 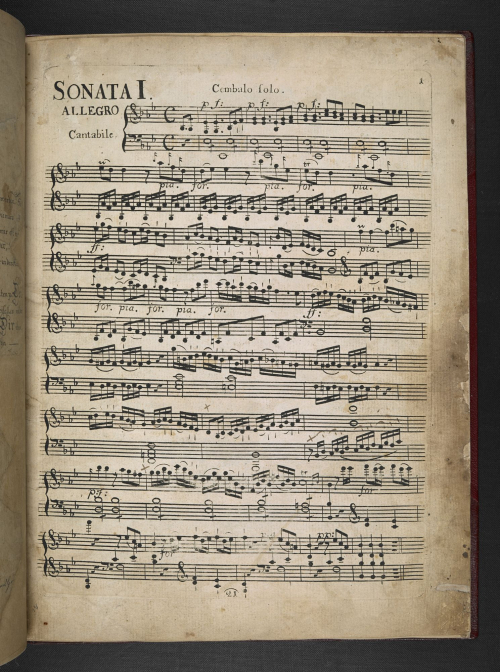 The collection of the Austrian writer and collection, Stefan Zweig, contains many documents that show us something of the human side of Beethoven’s life – from the humdrum, such as food and laundry lists, to letters, poetical reflections on nature, and even a moving sketch of the composer on his deathbed. 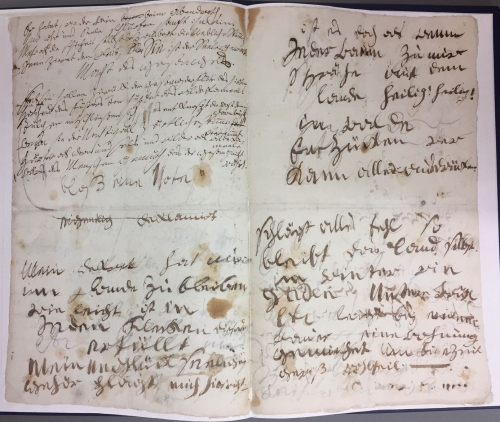 Copies by Beethoven of the text of five poems from ‘Morgenländische Blumenlese’ by Johann Gottfried Herder, with brief observations on nature by Beethoven (1815?). British Library Zweig MS 15.

Over 200 published editions of Beethoven’s music are also available online, with around 80 dating from the composer’s lifetime. These can be searched in the main online catalogue at http://explore.bl.uk, and using the filter options to select the ‘Online’ viewing option. 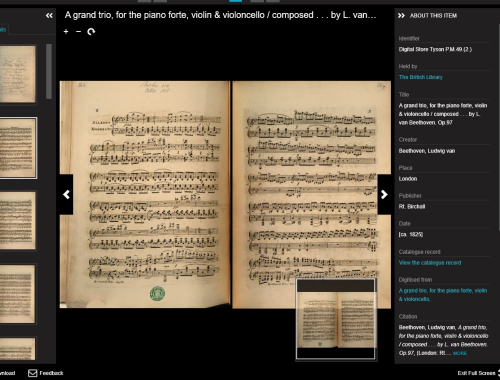 You can also visit our Discovering Music pages, which feature further articles, people pages and collection items relating to Beethoven.

Our Beethoven exhibition is open until 24 April 2022. During the festive season our hours vary, so please check our opening times before you visit. Everyone must wear a face covering while they’re here, and we’re working really hard to keep everyone safe.