We’ve had two very exciting additions to our Beethoven exhibition recently, in the form of loans from the Music Department and Mendelssohn Archive of the Berlin State Library – Prussian Cultural Heritage Foundation.

With a big drumroll…

We are thrilled to announce that the autograph manuscript of Beethoven’s Ninth Symphony has arrived – its first time in the UK. The piece is often thought to be among Beethoven’s greatest achievements and, with its famous ‘Ode to Joy’ movement, one of his most immediately recognisable works. Its arrival in the UK is especially significant as the piece was first commissioned by the Philharmonic Society in London. It is even more of a privilege that the manuscript has been lent for the exhibition, since it became the first musical score to be added to UNESCO’s Memory of the World Register in 2001. 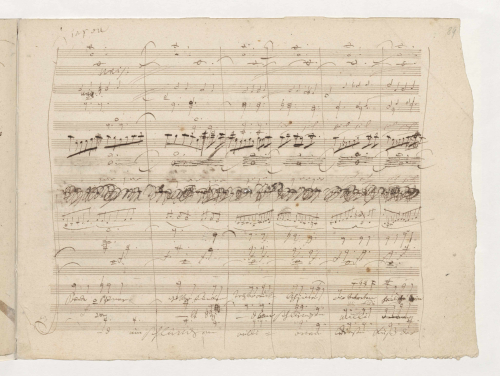 The autograph score from Berlin represents the first complete manuscript of the symphony, committed to paper by Beethoven between 1822 and 1824. The pages on display show a climactic passage in the final part of the setting of the ‘Ode to Joy’, a poem by Friedrich Schiller celebrating universal friendship and equality.

How does it relate to London and the exhibition?

In November 1822 the Directors of the Philharmonic Society in London decided to offer Beethoven £50 for a new symphony for their season the next year: this was to become the Ninth. The minute books from that meeting are among the objects in the exhibition showing some of the realities behind the creation of famous works of art – a receipt, signed by Beethoven for his £50 fee, is another one. 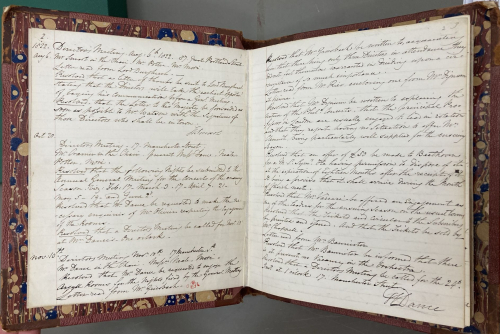 Minutes of the Directors of the Philharmonic Society, agreeing to offer Beethoven £50 for a new symphony. British Library RPS MS 280, f.2.

The commission was supposed to have given the Philharmonic Society the premiere of the new work and exclusive rights for 18 months after, but Beethoven in fact arranged for the first and second performances of the piece to be held in Vienna in May 1824.

A neat manuscript, prepared by copyists under Beethoven’s supervision and incorporating some changes in his hand was sent to London in fulfilment of the commission at some point in 1824, probably after those first Vienna performances. This, a star item from the Royal Philharmonic Society Archive, acquired by the British Library in 2002, is also on display in the exhibition: the first time the two manuscripts will have been side by side since 1824.

Another artefact on loan from Berlin, of no less significance in telling the story of Beethoven’s life, is one of the composer’s conversation books. By 1818 Beethoven’s hearing had deteriorated to such an extent that he carried with him a ‘conversation book’ so that his companions could write down their contribution to the dialogue. Beethoven normally replied verbally, so only one side of the conversation survives in most cases. The book on display dates from April 1824, with several visitors giving insights into an assortment of unconnected and unremarkable issues from Beethoven’s daily life. However, a musical excerpt in the composer’s hand appears on one of the pages on display, showing him explaining that the emphasis in the final line of the ‘Ode to Joy’ should be on the word ‘Sternen’ (‘stars’). 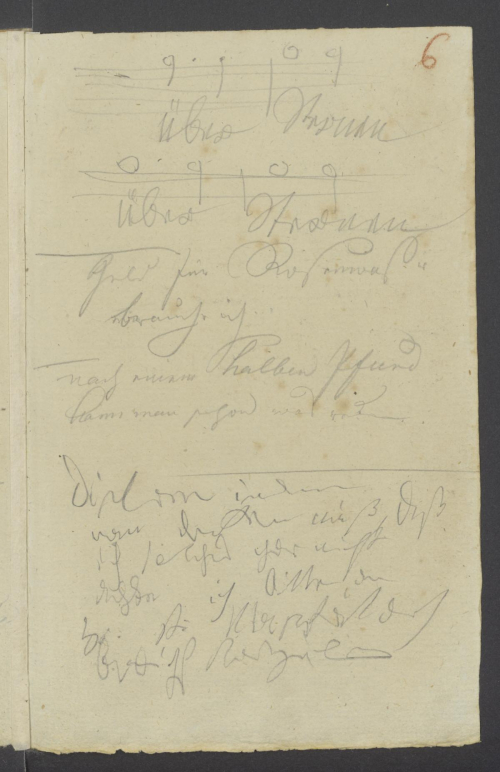 The conversation book joins several other items in the exhibition that help to illustrate Beethoven’s struggles with increasing deafness through his life. This theme is reflected in some of his own writings, in the accounts of people who met him and in a specially-created installation that allows visitors to experience Beethoven’s music through vibrations and visualisation.

Both loans had had to be postponed due to Covid-19 restrictions that were implemented before the opening of the exhibition in December 2021. Happily though, the loan has now been able to go ahead. With the exhibition open until Sunday 24 April, we hope as many people as possible get to see these iconic manuscripts from Berlin, alongside the diverse and surprising range of scores, letters and other artefacts from the British Library’s own collections. 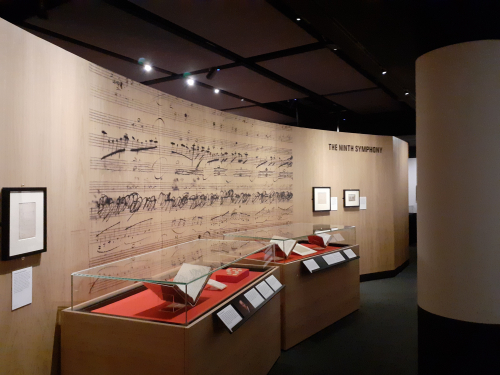