The first stage focuses on music from the early 20th century, while other periods will be explored in the future. This present web space highlights some of the Library’s most treasured collection items, in high-resolution digitised images, including manuscripts by Benjamin Britten, Edward Elgar, Ralph Vaughan Williams, Frederick Delius, Gustav Holst, Igor Stravinsky, Maurice Ravel, Arnold Schoenberg, Alban Berg, and others. In addition, the site features a rich range of contextual material, including letters, notebooks, illustrations, newspapers, photographs and other forms of ephemera. 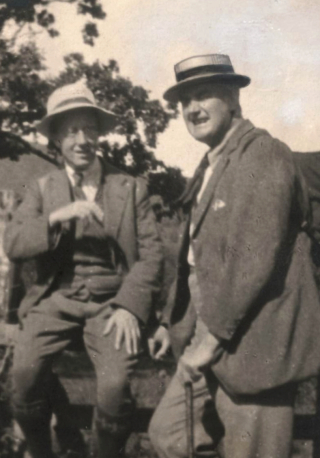 The Second Viennese School: Alban Berg, Arnold Schoenberg and Anton Webern
Mark Berry introduces the three composers labelled as key members of the ‘Second Viennese School’, each influential in his own way on musical modernism throughout the remainder of the 20th century.

Music and the creative process: Elgar’s Third Symphony
The composer Anthony Payne, who completed Elgar’s unfinished Third Symphony, describes Elgar’s compositional methods as seen in the surviving sketches for this work at the British Library.

Delius in performance
Joanna Bullivant explores how Delius’s compositions were brought to life by various interpreters. Did he give his performers enough information? How important are the contributions made by the famous musicians with whom he worked: the conductor Sir Thomas Beecham, the pianists Theodor Szántó and Evlyn Howard-Jones, and the violinist May Harrison? 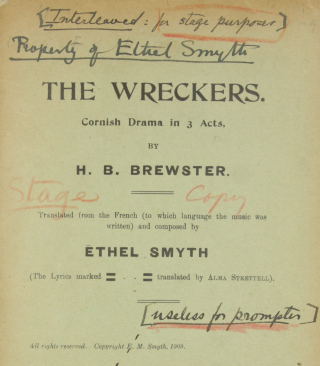 Delius, Paris, Grez
Lionel Carley explores Delius’s long association with France, and how the distinctive landscapes of Paris and Grez-sur-Loing inspired some of his most famous scores. 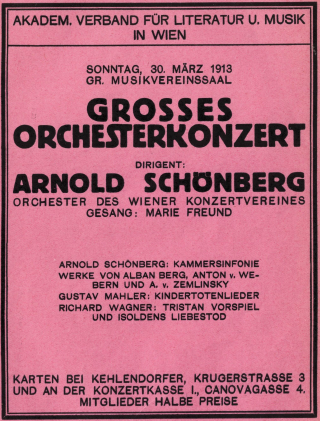 Stravinsky and Neoclassicism
Stephen Walsh discusses Neoclassicism as a concept focussing on the music of Stravinsky who extensively used this compositional ‘attitude’ in his music.

Carry On to the Finland Station: The Russian Revolution in Music Hall Comedy

Sid James and Kenneth Williams never got to play Lenin and Trotsky unfortunately, despite the latter often acting like the lead in a ‘Carry On’ film (see a previous post from our European Collections blog). However, the Russian Revolution did provide topical material for the kind of kitsch music hall performers who helped to inspire the series, leading to songs like ‘Bolsheviki-Trotski’, ‘The Bolshie Blues’ and ‘Let’s Knock the Bull out of the Bolsheviks’. Even George Formby senior, the father of the famous ukulele-playing troubadour, got in on the act with a song called ‘Bert the Bad Bolshevik’.

Performers drew on a specific range of themes – mocking the deposed Tsar and Tsarina for their perceived German sympathies (‘stuffing their faces with sauerkraut’), constant references to the rumours surrounding Rasputin, forced puns on Russian names (‘locked them up and threw away the Kerens-key’…), and above all the caricatured villainy of the Bolsheviks. 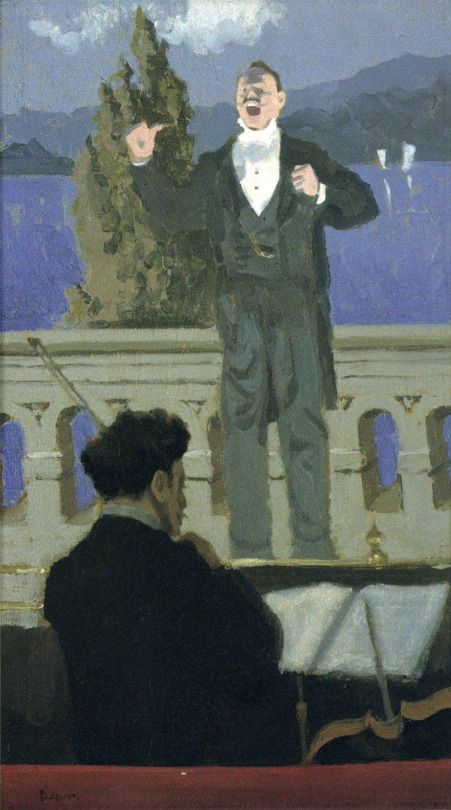 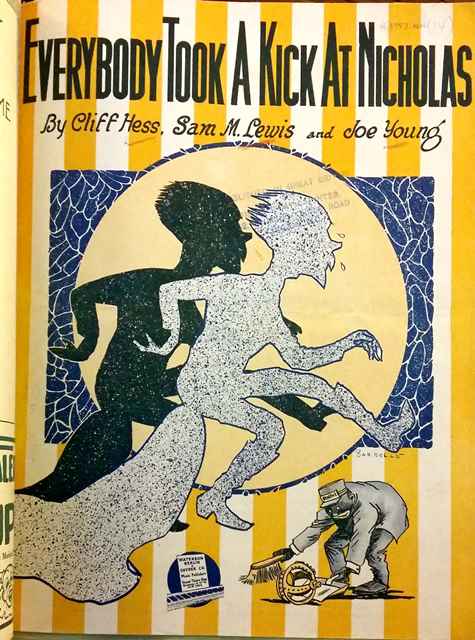 R.P Weston and Bert Lee, the duo credited with composing the cockney national anthem ‘Knees up Mother Brown’, contributed to this genre with ‘The Bolshevik’ (1919):

I am a bold bad Bolshevik, to “bolsh” is my delight.
I’m busy “bolsh-ing” all the day, and then I “bolsh” at night.
I’m awfully good at murdering, and as I’m unemployed,
I’ve made a little list of those who’ve got to be destroyed.
… I’m going to kill our barber, I’d not much hair he said.
To make it grow he rubbed a lot of goose grease on my head.
Next day I’d grown some feathers, and I cackled and I cluck’d.
I never have my hair cut now, I have my feathers pluck’d! 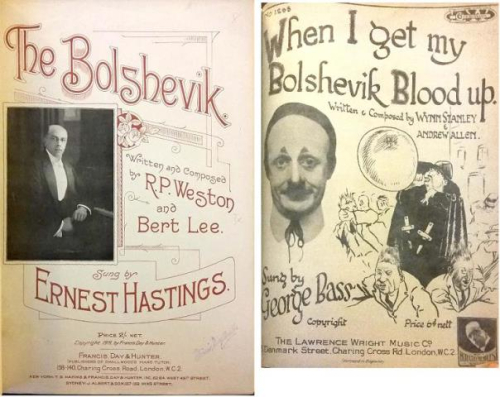 Similarly, in Wynn Stanley and Andrew Allen’s ‘When I Get My Bolshevik Blood Up’ (c.1919), the performer describes his dreams of being a revolutionary, a creature of pure id, leading to various violent deeds and bawdy misadventures while sleepwalking:

I’ve joined the Bolsheviks, I’m thirsting for blood,
I’ll just tell you how it occurred.
They wanted a Trotsky to lead them in crime,
And my wild cowboy spirit was stirred,
The gang call me “Deathshead the Terrible Turk,”
‘Cos I’m such a devil-may care;
I’ve taken the vow,
There’ll be dirty work now,
And England had better beware
For when I get my Bolshevik blood up, there’s no crime too awful for me;
When I’m in a temper it’s true, I’d bite a banana in two;
They say I’m a born agitator
I’m stirring the whole neighbourhood up;
Of all deepdyed villains I’m really the worst,
For heartless destruction I’ve got such a thirst,
I’d blow up a baby’s balloon till it burst,
When I’ve got my Bolshevik blood up.
No woman is safe when I’ve had a small port,
They tremble whenever I’m near;
They say that my eyes are like Henry the Eighth’s,
I’ve ruined some homes without doubt,
I’m cruel I know,
But it just goes to show,
If it’s in you, it’s bound to come out.
And when I get my Bolshevik blood up,
Rasputin’s not in it with me;
When I use my mesmeric glance,
The women just fall in a trance;
Last night I’d to murder a Barmaid,
But her screams woke the whole neighbourhood up,
She fainted away as she sat on my knee,
Then my wife came up and she shouted with glee,
“If you call that murder come home and kill me
When you’ve got your Bolshevik blood up.”

The songs and ‘patter’ scripts are not exactly hilarious, at least outside of the context of a packed early 20th-century music hall. They do help to build an atmosphere of the popular culture of the time that we may miss when we focus on the ‘Ten Days that Shook the World’, and imagine foreign observers either inspired or afraid. 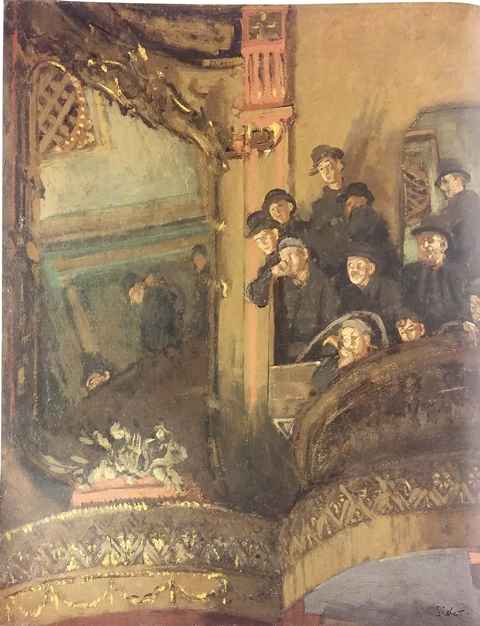