Particle Physics: A Century of Spin

This week we have a special post from our work experience student, who was able to explore his interest in physics using the British Library Science Collection.

My name is Seyon Indran, and I am a work experience student from Mill Hill County High School who has joined the Library’s Science Team for two weeks.  When I was asked to write a piece for the BL Science blog, I decided to explore two of my favourite science topics: theoretical and particle physics. Below I describe two key discoveries in particle physics over the last hundred years, and predict what we might learn over the next hundred years. I am passionate about physics as I believe that it can reveal the magnificent beauty of the Universe we live in, and that the scientific journey it takes us on still has a lot to offer!

This July marks the 100th anniversary in which physicist Niels Bohr along with fellow physicist Ernest Rutherford and others, described the quantum atom – the atomic model many of us recognise, consisting of a positively charged nucleus with orbiting electrons. But this was only the beginning. Over the next century, scientists would manage to break this model down into a plethora of subatomic particles with different mass, charge and spin characteristics. This family of particles comprise elements of the Standard Model.  The Standard Model is an equation which shows the interaction between the fundamental forces which underpin all known interactions in the Universe and relies on the existence of subatomic particles with specific properties. 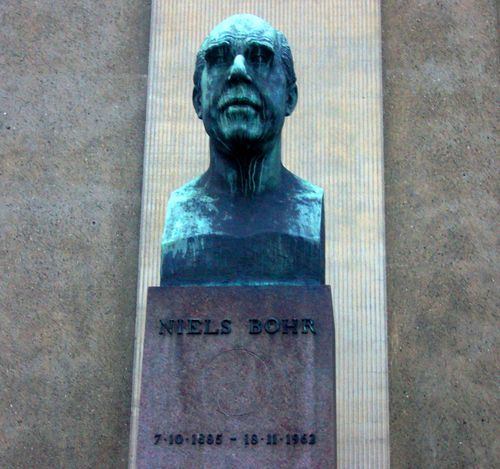 A new addition to the particle family arrived in March 2013, when scientists at CERN confirmed they had detected a particle which matched the description of the Higgs Boson. This discovery filled a key gap in the Standard Model. The reason why the discovery of the Higgs Boson was celebrated so much was because it also confirmed the existence of the Higgs Field. This is an invisible field which has mass stored in itself in the form of energy. When a particle goes through the field the mass is transferred to the particle. This is how particles get their mass. So, what does the next 100 years have to offer for particle physics? Never shrinking away from ambitious titles, scientists are building on the Standard Model towards defining the Theory of Everything. Such a theory would unify quantum mechanics with general relativity and fundamental forces such as gravity to provide a complete mathematical description of all potential interactions in the Universe. This sounds pretty difficult, and it will be, but I believe that in the next 50 years or so we should be able to accomplish this.