We are awash in data. Whether it’s the vast amounts of genomic data being sequenced every day by bioscientists, data generated by human activity and transactions, or the 15 petabytes of data produced per year by the Large Hadron Collider, we are up to our necks in data. But hopefully swimming, not drowning. Mechanisms are being set up to harness the power of this data and make sure it is suitable and available for future use. DataCite is busy enabling researchers to get credit for their data, research funders are encouraging their scientists to think about where their data goes, and the open data movement and the principles of open data have been embraced by the UK Government with the development of the Open Data Institute and data.gov.uk. But when it comes to the analysis of all this data, how do we make sense of endless strings of 1’s and 0’s? C’s, G’s, T’s, A’s? One cross-cutting tool that unites fields as seemingly unrelated as genetics, climate science and finance is data visualisation. 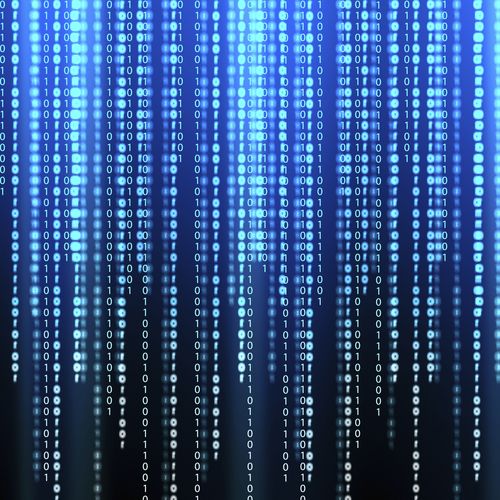 Visualisation is key to our ability to identify trends, patterns and correlations within scientific data, thereby deriving meaning and making discoveries. While a glance at the Guardian Data Store or a website like Visual Complexity might lead you to believe that the visualisation of data is a fad that has washed in with this most recent tidal wave of data, it is actually something that has been with us much longer. On the extreme end, we can trace ideas around data visualisation to cuneiform markings on clay tablets and early maps of our universe. However, our modern graphic representation of data owes a great deal to the Scottish statistician, William Playfair, with his ground-breaking statistical graphics of social, political and economic data. Many of these techniques were adopted by 19th century epidemiologists grappling with the cholera outbreaks ravaging London. Other techniques were adopted by those who were looking at the weather; or attempting to organise and rationalise all life on our planet onto a single piece of paper. 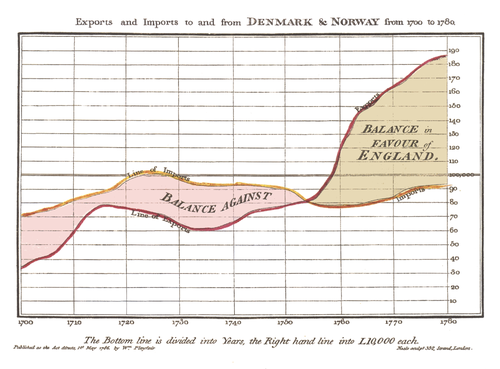 Where data visualisation and statistical graphics, as we know them, started.  From William Playfair’s Commercial and Political Atlas, 1786.

Fast forward to the 21st century. Thanks to John Snow, we now know what causes cholera. But we are still mapping it, and now using genomic visualisations to identify the source of the 2010 Haiti cholera outbreak. We have moved beyond the three dimensional ‘heat map’ to bring in the component of time, producing detailed visualisations of how systems evolve over seconds or decades. And data need not be static; it can be dynamic and interactive. But despite these changes to the data itself and our means of visualising it, scientists are still making the same sorts of choices as in the 19th century about visualisation—what should we display? Using what method? How do we create an image that tells a thousand words? And so on… 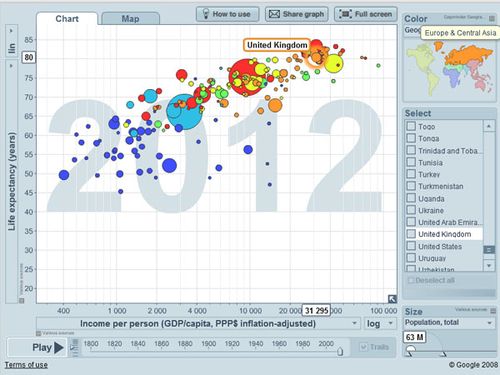 These are issues that we in the Science Team at the British Library are thinking about in particular depth at the moment. Opening in February 2014, our exhibition, Beautiful Science, will look at the past and present of data visualisation in science, bringing together classic visualisations from the Library’s collection with cutting edge visualisations from today’s scientists and designers. We will tell stories of advances both in how we think about data, along with the scientific stories that the data tells.  We aren’t quite ready to let the cat out of the bag yet in terms of what we’ll be showing… but stay tuned for a mixture of the interesting, intriguing and unexpected. We’re excited and we hope you follow us on this journey!