From base pairs to bedside...

Katie Howe and Allan Sudlow report on their experiences from the EMBL Genomics, Medicine and Society conference.

The first draft of a complete human genome was published in 2001. It took 13 years to complete and cost a massive $2.7bn. Since then the cost of genome sequencing has plummeted. 12 years on it is now possible to sequence a human genome for less than $1000.

In light of these rapid advances, the EMBL Genomics, Medicine and Society conference brought together a diverse audience to explore how new genomic technologies may benefit public health and to discuss some of the challenges for the future. The conference was part of EMBL’s Science and Society conference series, which aims to consider how advances in biology impact on society. Our TalkScience events have explored social and ethical consequences of genetic technologies in the past, whether it be genetic testing kits sold to the public, or pre-implantation genetic testing in fertility clinics.

During the conference we heard about the wide range of projects that aim to enhance our understanding of genome function and help us pinpoint the genetic mutations that lead to particular diseases. Examples include the 1000 Genomes Project and the International Cancer Genome Consortium. Recently, David Cameron committed £100m for sequencing the genomes of 100,000 people in the UK. These projects generate huge quantities of valuable genomic information but this presents serious problems for data storage and management. Professor Eric Green, Director of the National Human Genome Research Institute, noted that, “We are no longer data limited. We are analysis limited”. 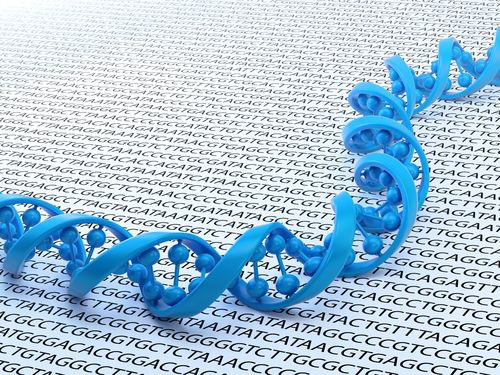 In the British Library’s Science team we are interested in the generation, storage and re-use of scientific information and data, so were particularly keen to hear Dr Paul Flicek’s presentation on “genomics as an information science”. Paul observed that if the price of a Ferrari had fallen at the same rate as genome sequencing it would now cost less than a dollar! He noted that nowadays, a major cost associated with genome sequencing is the storage and management of genomic information and this is set to become the dominant cost as the price of the sequencing itself drops further. Paul reminded us that in order to fulfil the promise of genomic research treating disease, ambitious plans to sequence the genomes of huge numbers of individuals must be accompanied by major investment in the infrastructure to support data management and advanced data analysis.

The shrinking cost of genome sequencing has also led to a thriving industry in direct-to-consumer (DTC) genetic testing. For $100, personal genome companies such as 23andme and Navigenics offer members of the public the opportunity to have their DNA tested and uncover their predisposition to certain genetic conditions, which may then inform their healthcare options. Just this week, the United States Food and Drug Administration (FDA) issued a warning to 23andme to cease the marketing of their personal DNA spit kit due to concerns over the “public health consequences of inaccurate results” from their service. But others have argued that consumers have the right to their own genetic information, and the emphasis should be on educating doctors and patients about how to interpret the results rather than banning these tests. This story illustrates the controversy surrounding genomic medicine.

While personalised genomic medicine holds enormous potential for public health, conference speaker Professor Tim Caulfield warned that the benefits of DTC genetic testing are often amplified in promotional material. Tim’s opinion was that getting enough exercise, eating healthily and not smoking will have greater health benefits than many of the unproven personalised genomic approaches that are being marketed.

Whilst in Heidelberg, we also found some time to explore some of the local sights. We visited the ancient Heidelberg castle and the “student prison”. But the highlight for us was the German Apothecary Museum - a veritable treasure trove of historical scientific equipment. We spotted a 19th century Bunsen Burner - very topical since the iconic burner was invented by Robert Bunsen and his colleague Peter Desaga at Heidelberg University in 1851. 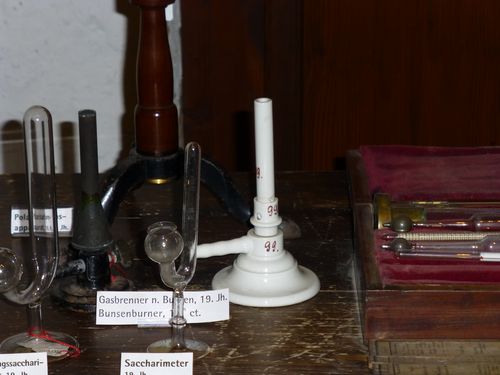 We left Heidelberg thinking that although genomic technologies are undoubtedly a source of great promise, they also present many ethical, social and legal issues. There remains a huge challenge in translating recent advances in genomics into tangible healthcare solutions.

Posted by The Science Team at 1:45 PM