So You Want to be a Scientist?

Call yourself a scientist? Well, before 1833 that would have been a bit tricky. The word didn’t exist. Allan Sudlow delves into the Library’s science collections to discover the origin of this appellation.

As Sydney Ross sets out at the start of his 1962 essay “Scientist: The Story of a Word”:

“..the need for a new word is socially determined, right at the start, and any subsequent changes of denotation, as well as the cluster of connotations surrounding it, are also in response to demands from society.”

Ross noted that the designation scientist came with a social shift in the nineteenth century away from the aspirations of established giants of the field, such as Humphrey Davy and Michael Faraday. Both owed their reputations and livelihoods to science but largely eschewed profit in preference to the pursuit of scientific research for enlightenment and public benefit. According to Ross, Faraday never referred to himself as a scientist, describing himself as an experimental philosopher to the end of his career. Ross argues that the implied professional specialism meant that the word scientist made a business of science, presenting the role as another alternative profession to physician, lawyer or clergyman.

General consensus (including the Oxford English Dictionary online entry) is that the term scientist was first used in print in 1834 in an anonymous review of Mary Somerville's On the Connexion of the Physical Sciences in the Quarterly Review.

The Rev. William Whewell, polymath and philosopher, was the author of this somewhat jocular review. He restated his thoughts on this coinage more formally a few years later:

“As we cannot use physician for a cultivator of physics, I have called him a physicist. We need very much a name to describe a cultivator of science in general. I should incline to call him a Scientist. Thus we might say, that as an Artist is a Musician, Painter, or Poet, a Scientist is a Mathematician, Physicist or Naturalist.”

Preface to The Philosophy of the Inductive Sciences (1840). 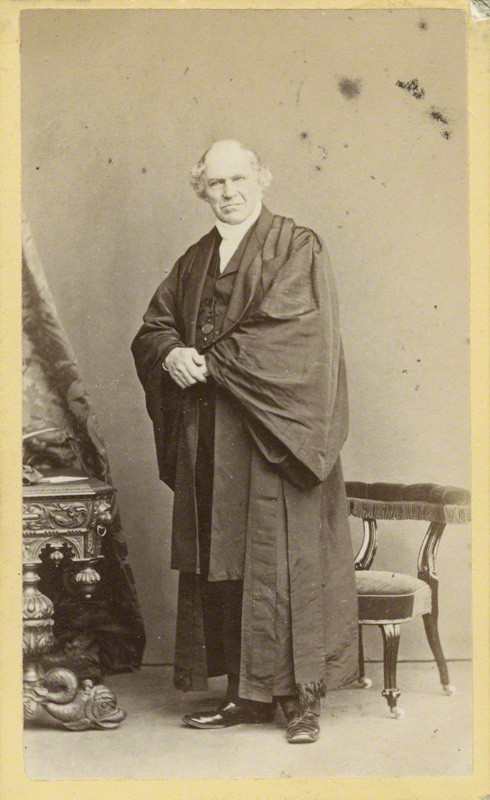 In this same piece, Whewell draws comparisons to derivations for others' roles including Journalist and Tobacconist, and a joke about the clergy:

“I may notice another example of the necessity of avoiding ambiguous words. A philosopher who makes method his study, would naturally be termed a Methodist; but unluckily this word is already appropriated to a religious sect.”

Debate over the word was still raging in the early part of the twentieth century, as correspondence in the letters section of a 1924 edition of Nature reveals:

“Let me therefore plead with you, Sir, who have done so much to raise the standard of the scientific literature, and with all others have striven to show that scientific and linguistic precision are not incompatible, to give us a lead in this matter. If you will not have “scientist”, at least provide us with some other single word.  Norman R. Campbell”

“Hitherto the word “scientist” has not been used in the columns of Nature to designate a man of science or scientific worker….We, have therefore invited a number of authorities on good English, including distinguished men of science, to favour us with their opinions on the desirability, or otherwise, of adopting the word “scientist”. Editor, Nature”

Reflecting the norms of the time, the implication here is that all scientists and people in comparable professions are men. 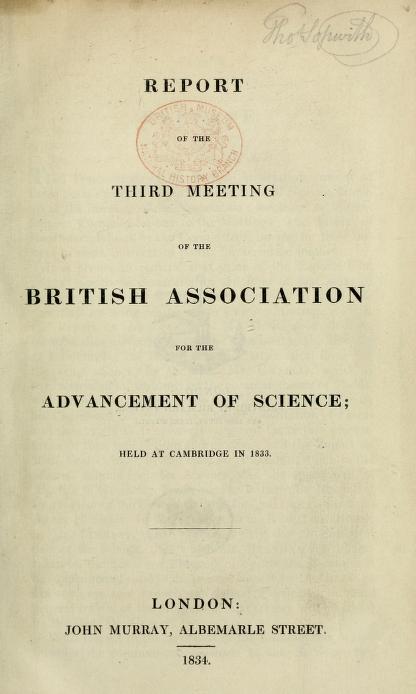 Whewell was a great wordsmith and renowned for coining a host of new terms relating to science. He came up with the term scientist at a meeting of the British Association for the Advancement of Science in Cambridge in 1833. When I took a look at the report of the meeting, I was delighted and saddened to see that among the signatures of those attending, “S.T. Coleridge, Grove, Highgate”; an entry written just over a year before Coleridge’s death.

An interesting reflection on the times when clergymen such as Whewell drew comparisons between the Arts and Sciences to define the word scientist, in the company of poets, philosophers, artists and other persons of learning.

So what does it mean to be a called a scientist today? The OED online definition of a scientist is:

“A person with expert knowledge of a science; a person using scientific methods”

Can I call myself a scientist? For several years, I was a neuroscientist/cell biologist and then involved in science funding, policy and strategy. My current role at the Library still involves both aspects of the above description, though my job title does not include the word “scientist”. Personally, I don’t mind how I am described in this professional context; I’d rather be known for what I do.