From telegrams to holograms

A recent enquiry about the Library’s telecommunications holdings led Ian Walker to investigate just how broad our collections in this area really are. In this blog post he shares some of his discoveries….

The beginning of the ‘modern’ telecommunications era is often associated with the optical telegraph line developed in France during the late 18th-century which allowed a semaphore message to be sent along a chain of signalling stations. But it is with an improved understanding of electromagnetism, and the subsequent development of electrical telegraphy during the mid-19th century, that the telecommunications ‘revolution’ really began. This technology allowed us to communicate vast distances - across oceans and continents – almost instantly. Further achievements in the field of telecommunications have been dramatic, and the past 150 years have witnessed progress which today has given us the world-wide web, mobile phones and - to the excitement of Star Wars fans everywhere – the prospect of holographic telephone calls.

The British Library offers rich resources charting the development of this technology and the major innovations which form the cornerstone of the modern telecommunications network. Although we do not hold a specific telecommunications collection (as relevant material is spread throughout the Library) our holdings on this topic encompass a broad range of materials. While books and journals make up the largest portion of the technical literature, our collections contain a wide variety of resources in both physical and digital formats.

For example, the Patent collection boasts a number of patent applications from some of the pioneers of the telecommunications era, including the American inventor Thomas Edison - who made significant improvements to Bell's telephone - and Guglielmo Marconi - the Italian inventor and electrical engineer. 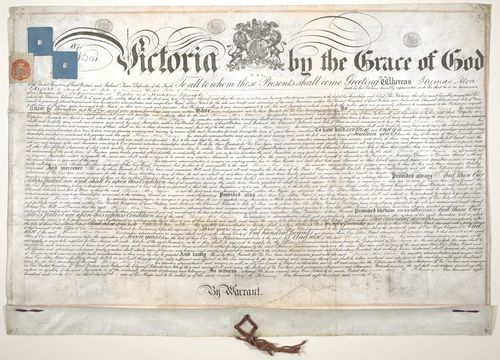 The recently launched Voices of Science website contains over 100 recordings which tell the story of some of the most remarkable scientific and engineering discoveries of the past century. The collection includes interviews with a number of scientists and engineers associated with the field of telecommunications, including Steve Furber – the principle designer of the ARM chip which can be found in millions of mobile phones worldwide and George Hockham – one of the fathers of fibre optic telecommunications. The Library also holds recordings from the National Life Stories project  An Oral History of the Post Office  which includes interviews with a wide range of Post Office staff, including engineers and telegraph operators.

[Click here to listen to George Hockham talk about his work on fibre optics at the Standard Telecommunications Laboratory, Harlow]

The Library’s trade literature collection contains numerous product catalogues, brochures and technical information from a wide range of telecommunications and engineering companies from the 19th-century to the present. The collection contains literature from many pioneering British companies, some of whom no longer exist, through to today’s large multinationals such as Nokia and Vodafone.

The British Library, in common with many other libraries throughout the world, acts as a depository for publications from the United Nations and holds numerous documents and statistics from the International Telecommunications Union – the UN agency responsible for issues relating to information and communication technologies.  As telecommunications plays an important role in nearly all social, economic and cultural domains of life, publications from other UN agencies such as UNESCO and the World Bank Group  also contain useful information in the form of statistics, surveys and reports.

Finally, a wide collection of print and digital market research reports from leading figures such as KeyNote, Mintel and Frost & Sullivan are available at the Library.  These reports provide market intelligence on all aspects of the telecommunications industry, with coverage on a national and global level.

Posted by The Science Team at 3:33 PM

I sincerely am an old school,I prefer letters,telegrams.