Is Necessity The Mother of Invention?

Scientific discovery and invention. What drives them? What connects them? Allan Sudlow and Katie Howe delve into the Library’s collections to uncover some answers.

Scientists have long used patents to protect their inventions and allow them opportunities to commercialise their work. Recent controversies in cancer and stem cell research have highlighted the social and ethical, as well as the economic implications of biomedical patents. We will be exploring these issues in our forthcoming TalkScience event on 4 March: Patently Obvious?

In the meantime, we have been taking a look back at what distinguishes a scientific discovery from an invention – and asking – is necessity really the mother of invention?

The Oxford English Dictionary attributes the first printed usage of the proverb ‘Necessity is the mother of invention’ to Richard Franck in his tome Northern Memoirs, first published in 1694:

“Art imitates nature, and necessity is the mother of invention; science also invites to study and practicks, but theory gives the prospect, and operation finishes the project.” 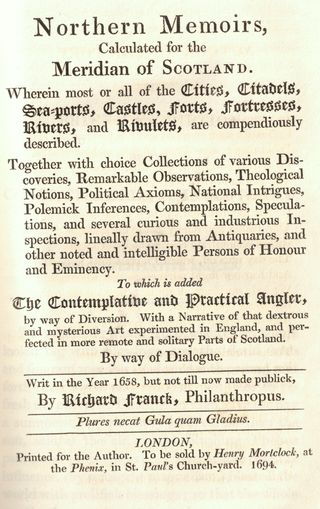 Frontispiece from Northern Memoirs, Calculated for the Meridian of Scotland, Richard Franck. (1694)

At the turn of the last century, the mathematician and philosopher Alfred North Whitehead took a different view on the origins of invention, and its relationship to scientific discovery, noting in The Aims of Education:

This insight from the past provides a rallying call to those that support the idea of ‘blue skies’ research and feel that scientific discovery and invention should be driven by curiosity rather than a strategy or a set of pre-defined rules. In contrast, O.T. Mason describes, very precisely, what he believes underpins the nature of invention in an article The Evolution of Invention from 1895, published in the first volume of the journal Science:

Fast-forward to the present, and the European Patent Convention defines – or rather doesn’t define - invention in terms of:

“…a non-exhaustive list of things which are not regarded as inventions. It will be noted that the items on this list are all either abstract (e.g. discoveries or scientific theories) and/or non-technical (e.g. aesthetic creations or presentations of information). In contrast to this, an "invention" … must be of both a concrete and a technical character”

So we see some distinction between discovery and invention: the abstract vs the concrete. But what – I hear you cry – about necessity?

The Human Genome Project (HGP), the world’s largest biological project to date, is a great example of necessity being a spur for collaborative discovery. The HGP’s aim was to determine the sequence of the three billion chemical building blocks that make up human DNA – the entire human genetic code. Many of the scientists involved saw the HGP as a race between public and commercial research interests. In particular: Craig Venter, an American genomic researcher
and entrepreneur; and John Sulston, an English Nobel Prize winning scientist and campaigner against the patenting of human genetic information. 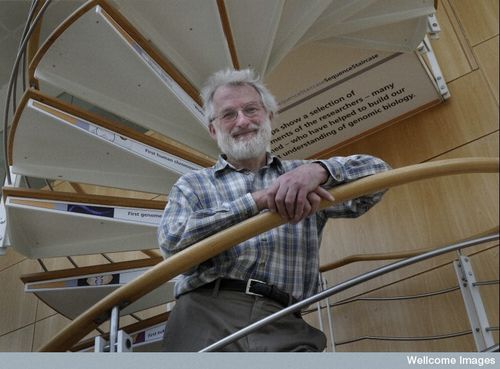 Sir John Sulston, who oversaw the UK's contribution to the Human Genome Project.
© Wellcome Images, made available under CC BY-NC-ND 2.0

In his book The Common Thread, Sulston describes the moment when he realised that Venter’s company (Celera Genomics) parallel work to sequence the human genome with greater speed than academic efforts: “…had made everyone realise the absolute necessity of the publicly funded teams working together”. Thus, necessity drove greater international effort, and on the 26 June 2000, the HGP consortium announced that it had assembled a working draft of the sequence of the human genome.

Competing public and commercial interests persist in scientific discovery and invention, especially in relation to genetic information. Recent attempts to patent human gene sequences have raised questions over whether a sequence of DNA is an invention or a discovery and have highlighted some of the challenges in assessing the patentability of biomedical developments. Witness the recent legal battle involving diagnostics company Myriad Genetics in the US over predictive genetic testing for susceptibility to breast cancer. The US Supreme Court judged that human DNA was a ‘product of nature’, a basic tool of scientific and technological work, thereby placing it beyond the domain of patent protection. Amongst other caveats, this judgment declared that certain forms of DNA (cDNA) were patentable.

Will there always be a necessity to patent in this area of bioscience? Undoubtedly, but a balance needs to be struck. Necessity may drive invention but when it comes to Mother Nature, who decides? Come to TalkScience on 4 March to voice your opinion.

so nice thanks for this info.
- how to get more soundcloud comments