I Chart the British Library - Who Ate All the Pie Charts?

Festival of the Spoken Nerd and Special Guest Geeks explore the highs and lows of data visualisation as part of the Beautiful Science events season at the British Library. Rebecca Withers and Allan Sudlow report on the laughs and graphs during an evening for the sci-curious.

Monday night was not a typical night at the British Library. Over 250 self-identifying nerds and geeks poured into the Conference Centre for a night of graphs and gaffs for our data-related science comedy event, "I Chart the British Library". The  show was hosted by our friends Festival of the Spoken Nerd- the phenomenal trio of geeky songstress Helen Arney, experiment maestro Steve Mould and stand-up mathematician Matt Parker- and supported by an outstanding set (collective noun) of guest nerds.

In the first half of the show Steve taught us the difference between Venn and Euler diagrams in classic FOSTN cheeky style, whilst Matt plumbed the depths of bad data visualisation, exposing the eye-watering attempts to make marketing guff look more 'mathsy'. Helen - in wonderful periodic table couture - explored with our very own Richard Ranft (Head of BL Sound & Vision) how wildlife calls had been visualised before recorded sound had been invented, and what new science the analysis of animal vocalisation data can reveal.

Erinma Ochu - one of our special guest nerds - talked about her citizen science projects, including the fantastic sunflower project she worked on with another of our guest nerds, Jonathan Swinton. A current crowdsourcing data project - hookedonmusic - inspired Helen to finish the first half with a song to test with the audience whether she was able to write a catchy tune, or not! 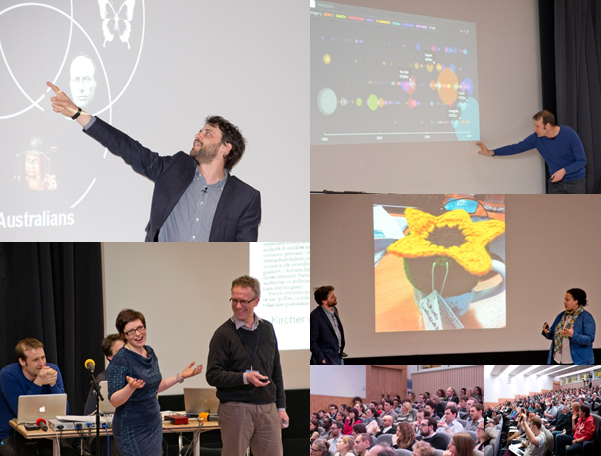 The interval was crammed with data-tastic activities giving the audience a chance to get hands on, literally in the case of Matt, who was analysing audience arm spans. Steve used social media to capture numbers from the audience for some suprising statistics in the second half of the show. As well as the aforementioned hookedon music and vocal visualisations with Helen and Richard, the audience explored multispectral imaging forensics with Christina Duffy, part of the Conservation Science Team at the BL. We also got a sneak peek behind the scenes tour of the Beautiful Science exhibition with our 'stand-up' curators: Johanna Kieniewicz and Nora McGregor. 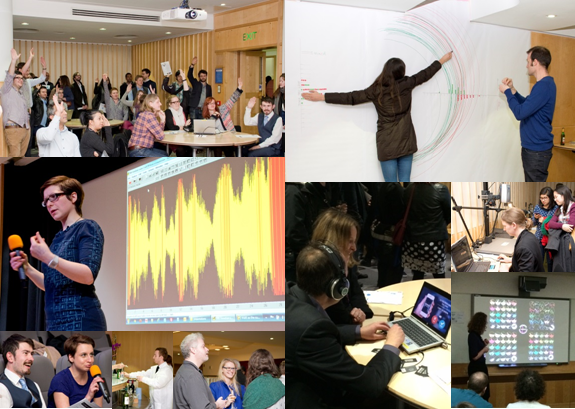 After the break, we were treated to some analytical mayhem from the Nerds and Jonathan, as we examined some of the graphs and gaffs generated during the break. Graphing dangerous animals and a mathematically accurate love song were a perfect way to end the show. 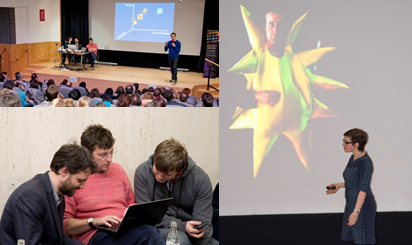 We'd like to thank Helen, Matt, Steve and all our wonderful guest nerds for an evening of statistically significant silliness.

Please keep an eye out for highlight vidoes of the Beautiful Science events as they appear on our blog over the coming months....

Posted by The Science Team at 1:29 PM

I really want to see one of those highlight 'vidoes', especially if there is one for this event! I'm a data visualisation nerd. Post us a link, please...