Whether dramatic, delightful, dull or dreary, the weather affects us all and is a source of endless fascination and conversation for the British. Monitoring local weather conditions has long interested the public, amateur scientists and national institutes alike. And data about the weather—whether collected by a citizen scientist or national monitoring station—has been central to the endeavour to predict the weather and understand global climate systems. In our Beautiful Science exhibition at The British Library, we explore how by picturing data about the weather, we can connect our individual experience to a much bigger picture—whether that over the course of the year, or across the globe.  In so doing, we also highlight the importance of archives to contemporary science—and explore the importance of the citizen scientist, past and present. 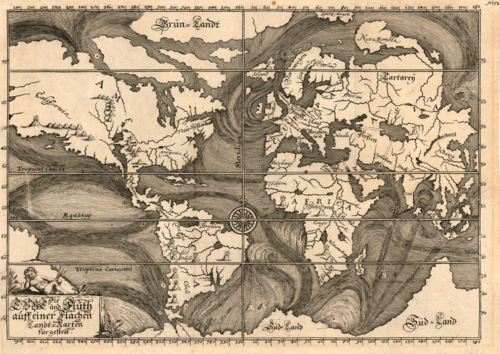 The observations of mariners have been vital to the development of early maps of ocean currents, winds, and air temperatures—and continue to have relevance today. A particularly interesting set of data is to be found in East India Company ships’ journals, over 4000 of which are housed in the India Office Records at The British Library. In 1709, the East India Company ship, the Rochester, sailed from England for China via Batavia (now known as Jakarta, Indonesia). Its captain enlivened his journal with drawings of ships, wildlife and places as well as recording the required information about location, course and weather. On the page displayed in the exhibition from 15 May, 1710 he refers to ‘fresh gales of wind and cloudy weather with squalls and rain as well from the WNW’. 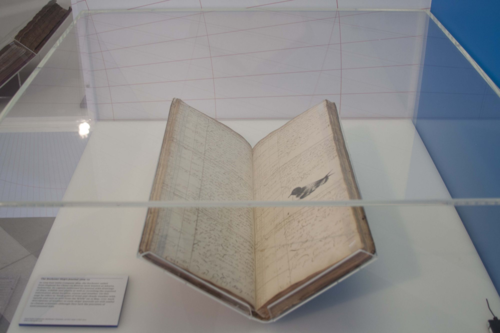 The journal of the Rochester, as displayed in Beautiful Science

Such descriptions of weather in early ships’ journals are still useful to climate scientists although they lack the precision of instrumental data. However, these journals contain not only administrative notes and comments about shipboard life, but also a huge amount of instrumental data about the weather, making them a valuable resource for modern climate studies. Digitised and transcribed, the weather data from 891 of these logbooks has been utilised by the UK Met Office to inform the development of their global climate models.

This use of ‘old weather’ data from archives by the Met Office was not a one-off. They are enormously interested in ‘data rescue’—as participants in the international ACRE project, they aim to facilitate the recovery of instrumental weather data from across the globe. These observations act as ‘ground truth’ data points to underpin global weather reconstructions spanning the past 200-250 years. An important component of this work is the OldWeather project, a citizen science project in which anyone can help with the transcription of ships logbooks. The recording of temperature and pressure at particular locations provides thousands of data points that can be fed into computer models of the atmosphere – from which a weather map might eventually emerge. 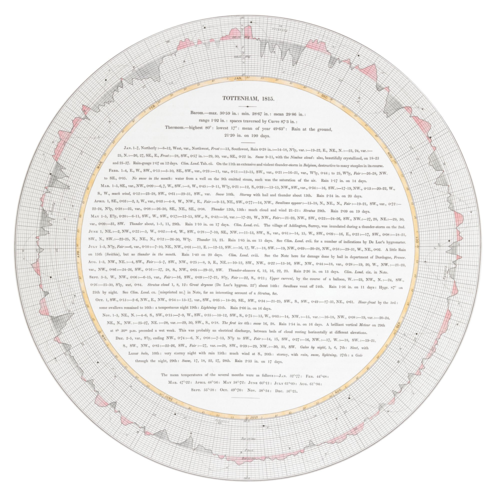 Luke Howard, Barometrographia: Twenty years' variation of the barometer in the climate of Britain… London, 1847.

Citizen science – the engagement of non-experts in the enterprise of science-- is hardly a new phenomenon, despite a new proliferation of efforts—in part thanks to the popularity of Zooniverse projects like OldWeather. Indeed, there are some interesting parallels to be drawn between the roles of amateurs in science in the 21st century, and that which they played in the 19th, particularly in the area of weather observations. Luke Howard, a chemist and amateur meteorologist, made some of the earliest consistent scientific observations recorded. In Barometrographia (1847), he recorded the atmospheric pressure readings from 1815 to 1834 at his homes in Tottenham, London and Ackworth, Yorkshire, alongside accounts of the weather. In Beautiful Science, we display a page from 1815, where he accompanies his barometric pressure measurements with some recollections of the freezing over of the Thames in London….

“On the 6th of January snow falling in some quantity on the previously formed surface, the air at 33˚-34˚, it was occasionally collected by the wind into a ball which rolled on gathering from beneath until its weight stopped it; thousands of these natural snowballs covered up the fields, up to several inches in diameter. On the 9th the snowy landscape had a bluish tint, and the thermometer fell in the night to 8˚ with us; at Croydon (more exposed) to 5˚. By the 12th the river Lea was firmly frozen and the Thames was become scarcely navigable.”

The elegance and consistency of Luke Howard’s measurements is impressive. Carried out over 20 years, the circular engravings were mechanically traced by a self-recording barograph over which he plotted the phases of the Moon in an attempt to discern the lunar influence on the weather. While his speculation that the Moon’s gravitational pull influences the weather has been proved wrong, we know that changes in air pressure play a key role, which Barometrographia illustrates. His personal anecdotes give a flavour to the data that the mere observations do not in themselves provide.

It is interesting to contemplate the recordings of India Office ships captains in the light of what meteorology and climate science have become today—behemoths of data—but beautiful nonetheless. Perpetual Ocean, a marvellous visualisation of ocean currents from the NASA Scientific Visualisation Studio derived primarily from satellite data, draws visitors in like flies to lamp; they stand in wonder – both in the complexity and dynamicity of our oceans, but also our ability to picture them.

Beautiful Science: Picturing Data, Inspiring Insight, sponsored by Winton Capital Management, is on display at the British Library until 26 May 2014 in the Folio Society Gallery. Admission is free.

The journal of The Rochester has been digitised and can be viewed here.

Posted by The Science Team at 8:01 AM

Very nice report. Comprehensive to say the least. I enjoyed it quite a bit!