From the winter storms in the UK, to the drought currently devastating California, extreme weather is constantly in the news.  As our lives become increasingly removed from the natural world, catastrophic weather events remind us of our vulnerability and call into question how we protect ourselves from the elements.  Recently, though, headlines have begun to challenge not only our preparedness, but also whether our actions are contributing to these events.  Are we, by emitting greenhouse gases, putting ourselves at greater risk of extreme weather? 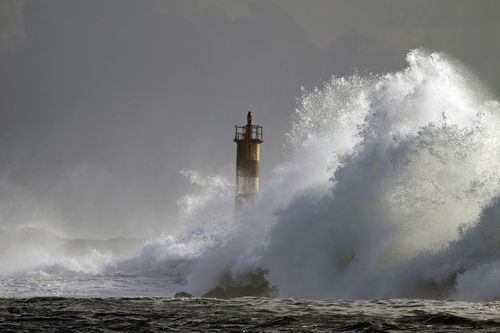 In 1990, when the first major international report on climate change was published, we were still unable to detect whether greenhouse gases were already causing the earth’s temperature to rise.  Now, not only do we know that this is extremely likely, but we can begin to unpick how the earth’s rising temperatures affects the climate of different parts of the world in different ways.

The properties of the climate that are easiest to study, though, are often far removed from the weather we experience day to day.  To those of us that don’t work in agriculture, knowing how much rainfall there will be in the average 2040s summer is of limited use.  Even when this information relates directly to our own region, it fails to resonate with our experience of the world around us.  The damages caused by extreme weather, on the other hand, are far more tangible.  In contrast to the facts and statistics that are normally presented on global warming, extreme weather is something we are naturally inquisitive about.  So can scientists tell us anything about the influence of global warming on these weather events?

Insights into our weather

In some cases, scientists have been able to use physical understanding of the climate to evaluate how rises in the earth’s temperature could affect extreme weather.  Heat waves, for example, are very likely to become both longer and more frequent, as a hotter world is biased toward more extremely hot days.  We can also expect more extreme rainfall, as hotter air holds more moisture, and so when it rains, it pours.  These findings are invaluable, but when extreme weather hits, we understandably want to know the role of climate change in that specific event, not general physical patterns.

There has always been extreme weather, so it’s not possible to claim that a particular event never could have taken place without climate change.  We can ask, however, whether emissions have changed its intensity or likelihood.  To investigate such changes, scientists use physics-based computer simulations of the climate to compare what actually happened to what might have happened had there been no manmade emissions.

Scientists in the University of Oxford recently utilised this technique to investigate the record breaking rainfall experienced by the UK this winter.  Using a computer model designed by the UK’s Met Office, they ran almost 40,000 simulations on volunteers’ home computers.  They found that the recent storms - which forced thousands from their homes and cost the UK more than £1 billion – has gone from being a one in a hundred year event to a one in eighty year event.  The implication of this amazing result is that one fifth of the storms’ costs – both human and financial – can be ascribed to manmade climate change.

Findings like these empower people to engage with the consequences of our changing climate.  Continued warnings of the future dangers of greenhouse gases have patently failed to motivate meaningful action: emissions continue to rise relentlessly year on year.  Linking extreme weather to global warming, however, enables us to see the damages our emissions are already causing.  The challenge now – not just for climate scientists, but for all of us – is to communicate this powerful science in a way that motivates us to action.

To explore both scientific and policy perspectives on this issue, come along to the British Library on the evening of 17th June and join James Randerson (Assistant National News Editor, The Guardian), with Professor Stephen Belcher (Head of the Met Office Hadley Centre), Laura Sandys MP (Conservative Environment Network) and George Marshall (Founder of Climate Outreach & Information Network).