Antibiotic resistance poses one of the biggest threats to medicine in the 21st century. In this blog post, Boudewijn Dominicus explores the exciting new strategies scientists are developing to combat this threat, ranging from new antibiotic classes to bacterial decoys.

In a class of its own

Scientists at Northeastern University recently announced the discovery of teixobactin, a compound that represents a new class of antibiotics1. Teixobactin has a unique mechanism of action: it works by binding to two types of fat molecule some bacteria use to build their cell walls. Cutting off their supply means the cell walls cannot be maintained and eventually fall apart. This mechanism has the added advantage of making it very difficult for bacteria to develop resistance against it. The majority of antibiotics target proteins, which can be readily altered by mutation without severe consequences. By contrast, changing both types of fat molecules to evade antibiotic action would require a fundamental change in how bacteria construct their cell walls, not an easy step. As such, the team behind teixobactin believe it will take as much as 30 years before bacteria develop resistance to this class of antibiotic.

What made the discovery of teixobactin even more noteworthy was how it was discovered. As mentioned in the previous blogpost, many bacteria produce their own antibacterial compounds to keep competing species at bay. Screening these (often soil-based) bacteria for potential new antibiotics would be a potent source of new antibacterial therapies; however until now 99% of these bacteria couldn’t be grown and tested in the lab. The scientists solved this by developing a new screening device known as the iChip, which allows bacteria to be cultivated in their natural habitat. Bacteria are introduced between two permeable sheets inside the device, which is then put back into the nutrient-rich soil, allowing the bacteria to grow into larger colonies which can then be screened for antibiotic activity. 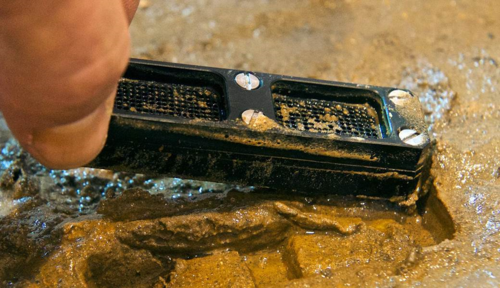 Another exciting strategy is to turn a resistant bacterium’s immune system against itself, an idea developed by a team of scientists at MIT2. Bacteria have an immune system, known as CRISPR, which protects them from bacteriophage (a type of virus that infects bacteria). One component of this system is a protein known as Cas9, which can recognise and ‘digest’ certain foreign DNA sequences. Cas9 is guided by targeting molecules which are specific to these sequences.

By modifying these targeting molecules to recognise DNA sequences corresponding to resistance, scientists were able to make the CRISPR system exclusively digest the bacteria’s own antibiotic resistance genes, thereby killing them. The modified targeting molecules were smuggled into the bacterium, ironically, by a bacteriophage which acts like a sort of living syringe – injecting them into the bacterial cell. What makes this treatment even better is that it is specific; non-resistant beneficial bacteria are left alone. 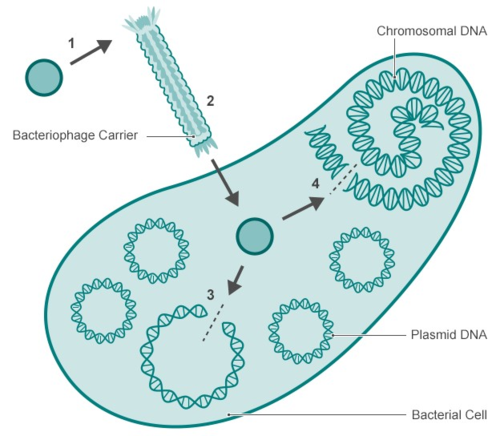 Targeting molecules are packaged into bacteriophage which injects them into the bacterium. These molecules then guide CRISPR to digest DNA containing antibiotic resistance genes (including DNA found on plasmids – a DNA structure some bacteria use to exchange genes with each other) Source: BBC News

Ultimately one of our best defences against bacteria is our own body’s immune response. What if we could minimise the damage done by the toxins produced by bacteria, while leaving the immune system to fight the infection? This is the philosophy followed by a team at the University of Bern who have developed ‘decoy targets’ for bacterial toxins3.

The team engineered artificial nanoparticles, known as liposomes, made from a mixture of cholesterol and a molecule called sphingomyelin. Since toxins primarily use these two molecules to target animal cells, a liposome containing high proportions of these makes a very ‘attractive’ target. With toxins diverted away from animal cells, bacteria are rendered relatively harmless. Mice, treated with liposomes within 10 hours of being infected by bacteria such as S. aureus and S. pneumonia, survived without additional antibiotic therapy (though the scientists envisage liposomes could be used in tandem with limited antibiotics). Since the bacteria themselves aren’t being targeted, this approach has the added benefit of not promoting further antibiotic resistance.

Fleming later said of his discovery: “When I woke up just after dawn on September 28, 1928, I certainly didn’t plan to revolutionise all medicine by discovering the world’s first antibiotic, or bacteria killer.” Nearly 80 years on, scientists worldwide are still striving to keep this revolution, and us, alive.