Although he is better known as ‘the Shakespeare of science fiction,’[1] H.G. Wells began his career as a school science teacher. Science education today needs to cater for the budding professional scientist in order to tackle global challenges such as population growth, climate change, and food security. But it also needs to nurture a greater public understanding of science. In light of these challenges, the anniversary of Wells’ birth, on 21st September 1866, prompted me to revisit his educational ideas. 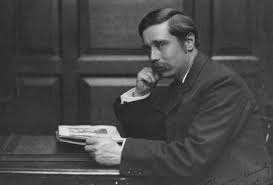 Born into a lower-middle class family, Wells immersed himself in books from the library at the Sussex mansion of Uppark, where his mother worked as a lady's maid. He continued to educate himself while he trained as a pupil-teacher,[2] and was eventually awarded a scholarship to the Normal School of Science in South Kensington in London, now Imperial College.

Whilst there, he was taught by the eminent advocate of Darwin’s theory of evolution, T.H. Huxley. Wells founded the Science Schools Journal, which provided a forum for the development of his views on science and society. Darwinian notions of progress and degeneration came to inform his understanding of history, the future of mankind, and the importance of education.

In 1937, during his presidential address to the Educational Science section of the British Association, he outlined his concerns over ‘the contents of the minds our schools are turning out.’[3] His address was judged by Nature to be of such historical significance that they published it on the centenary of his birth in 1966. So, what did he have say about education?

In his address, Wells insisted that he was speaking not as a scientist, educator or author but as a ‘citizen’. Ignorance, he argued, led to tyranny, and was a consequence of the failure of elementary education to ‘properly inform’ citizens. He posed the question:

‘What are we telling young people directly about the world in which they are to live?’

Wells advocated a child-centred approach to learning which stimulated curiosity, rather than the old-fashioned rote learning which he believed still characterised schooling in the 1930s. He suggested that instead ‘the weather and the mud pie’ should introduce children to biology and that ‘we ought to build up simple and clear ideas from natural experience.’ Further, he argued that ‘natural experience’ should be the foundation not only of scientific instruction but of education more generally. Geography should give children:

‘a real picture in their minds of the Amazon forest, the pampas, the various phases in the course of the Nile… and the sort of human life that is led in these regions.’

Wells believed that telling children about the physical environment of different areas, and the lives of the people who lived there, would teach them to respect and appreciate the world as ‘one community.’ He described himself as a democratic socialist, and saw education as fundamental to peace; in his Outline of History he claimed that ‘human history becomes more and more a race between education and catastrophe.’ He argued that History should be the ‘main subject of instruction’ in schools, and that to avoid the ‘crazy combative patriotism that plainly threatens to destroy civilisation’, it should be based on the recent discoveries of archaeologists, not the squabbles and affairs of past kings and queens.

The education system Wells envisaged would lay down a ‘foundation of knowledge’, enabling people to continue learning throughout their lives, and to engage with issues which were of public concern, including those related to science and technology. In the world conjured up by his A Modern Utopia engineers and scientists have figured out how to meet all human needs, and are part of the elite ruling group known as the ‘Samurai’. But in the real world, Wells believed that science education was not only for scientists. 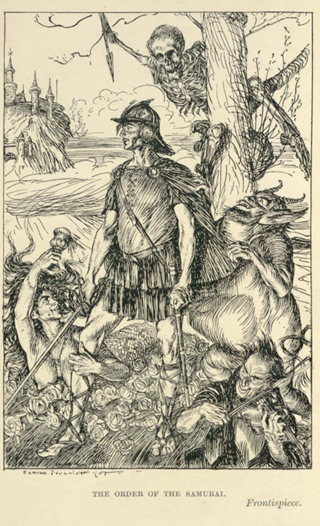 Education meant more than the pursuit of reason and intellect, and was not oriented towards purely instrumental economic goals. It was about discovery, questioning and knowledge, and was part of the whole education of the citizen. He concluded his address by reflecting that his educational vision seemed ‘impossibly bold and Utopian’. But he maintained that a reinvigorated education system which would enable people to engage with political, social and scientific challenges was an achievable aim, and a vital one for anyone concerned about the future of civilisation.

Wells’ reflections on education raise important questions for science education today; how should it be taught, and to what end? To debate these issues with an expert panel, come along to our next TalkScience event on 27th October.

Posted by The Science Team at 2:05 PM