Overpowered! The Science and Showbiz of Hypnosis

Performer and entertainer Christopher Green's new book "The Science & Showbiz of Hypnosis" is published by British Library Publications on 16th October 2015. In this blog post Christopher explores the intriguing history of hypnosis and investigates some of the science behind this curious practice. Hear more from Christopher at the launch event at the British Library on 13th October. Tickets are available here. 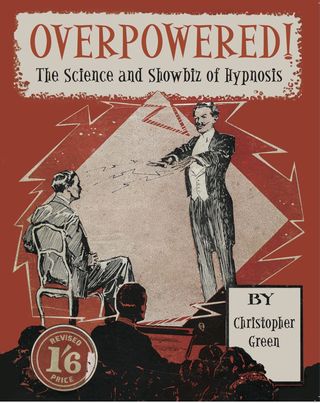 What we call hypnosis now has been going on in our brains since we were first human, and it will carry on until there are no more humans.  At this stage of our cultural development we happen to call it hypnosis.  It also happens to be regarded by the vast majority of human beings as something of a joke, by many others as irrelevant and, even those of us who are fascinated tend to focus more on the big moustaches and kitchsy, campy, quirky notions of the big-mouthed practitioners of the subject.  But it belongs to all of us.  It’s a human process.  What exactly is going on chemically, biochemically and bioelectrically isn’t known, but we are fools if we think it’s just the preserve of fellas in spandex shirts.  It’s the people in the white coats that we should be interested in.  Especially in our age of increasing mental dis-ease.  These days, it’s much more acceptable to alter your brain chemistry using powerful drugs in the hope that a tiny percentage of it’s efficacy will help with lifting your mood.  And yet, harnessing what is after all a perfect natural human process – one person simply helping another to experience something – is thought of as a bit sinister and weird.  So I salute the neuro-hypnotism research.  I suspect in a few hundred years when some irreverent and light-hearted comedian writes a round up of their thinking of hypnosis using books from our time, that they look at this and say “Christopher was over-focused on type-face, bill matter and moustaches, but he was right about the neuro-science.  It was, after all, what they called hypnosis back then, that proved the turning point in helping human beings fight back from the damaging mental ill-health caused by fighting the squishing effects of capitalism on a daily basis”.  I can dream, can’t I? 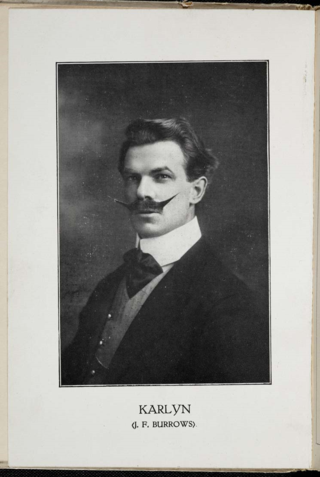 This stuff might only be taken seriously once we move on from the word ‘hypnosis’.  It needs serious rebranding.  I think that’s a shame, because as you see from this book, I celebrate all the bright shouts and all the dark shameful whispers in the history of the hypnosis, but to the average person it’s too bleedin’ confusing.  Could it be time to change the name?  A modern day hypnotic hero is Dr Amir Raz.  He started off as a magician while studying to be a doctor.   He says “Magic taught me a lot about psychology in terms of attention, directing attention and how the mind works. At one point I started reading about hypnosis and decided to marry the two."  But he acknowledges the need for the rebrand and I like his solution, although it’s a bit worthy and not spunky enough.

"Hypnosis is tricky because it has such a checkered history. Many people feel uncomfortable with it, even within the scientific community, because they think it's not something that a serious scientist should get involved in. Part of the reason it has this bad reputation is because of things like stage hypnosis, where you see a bunch of people clucking like chickens."  Dr Raz suggests ditching "hypnosis" in favour of "focused attention" or "susceptibility to suggestion”.

This is not a million miles away from the term coined by James Coates in 1905 “suggestive therapeutics” though as I’ve pointed out in my book, this is likely to get people in cahoots with pimps rather than psychiatrists.  But though his new names don’t zing, Dr Raz makes a rallying cry for the future of the subject.  "I don't consider myself a hypnosis researcher. If anything, I'm more of a neuroscientist with an interest in attention. I see hypnosis as an interesting tool for illuminating interesting scientific questions about consciousness, volitional control and authorship”

Of course, I want to challenge myself and think of a new term for hypnosis that takes all of the history and all the modern neuroscience into account.  I want to be a 21st Century rebranding Braid.  But then he cocked up with the name Hypnosis, introducing all sorts of notions of sleep etc that have misled people ever since.  I’m sure I’ll do the same.  But I’ll have a go.  Please contact me with your own suggestions and let’s solve this one, fam.

…. or following in the footsteps of the arch egotist hypnotist Walford Bodie who coined the term Bodic Force, I suggest calling it after myself - Green Power.