Did you know that the British Library holds an incredible set of letters from Ada Lovelace to Charles Babbage? Dating between 1836-1851, the letters from the mathematician and only daughter of Lord Byron to the inventor of the first successful automatic calculator, record a working relationship and friendship between two great minds. Despite Lovelace’s young age when she began writing to Babbage who was twenty-four years her senior, her letters reveal not only an incredible mathematical talent but an organised sensibility. 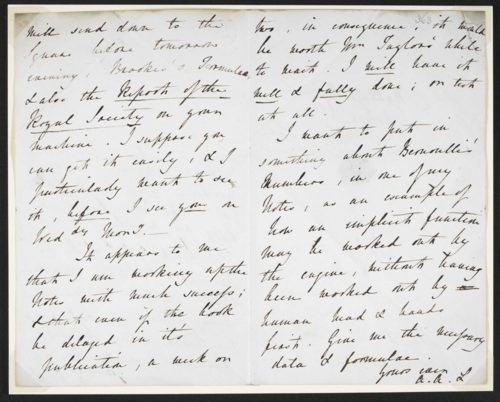 Looking at excerpts from letters written by Lovelace to Babbage in 1843, it is possible to see not just collaboration between the two mathematicians, but a friendship whereby Lovelace chastised and encouraged Babbage:

“My dear Babbage, It is quite evident to me that you have been looking over the superseded sheet 4, instead of the corrected one.”

“Will you come at mine on Saturday morning and stay as long as we find requisite. I name so early an hour because we shall have much to do I think. And it certainly must not be later than ten o’clock”. 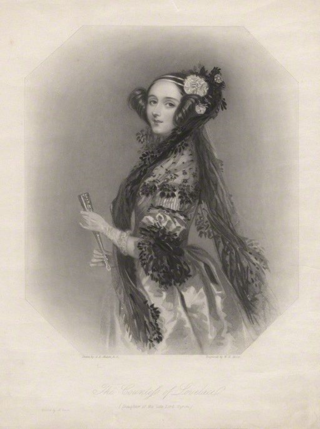 In her letters, Lovelace displays both a keen sense of humour and dedication to mathematical investigation. On 10 July 1843 she wrote:

“Mr Dear Babbage, I am working very hard for you; like the Devil in fact (which perhaps I am). I think you will be pleased. I have made what appears to me some very important exclusions and improvements”.

“My Dear Babbage, I am in much dismay at having got into so amazing a quagmire and botheration with these numbers”.

In this letter Lovelace signs herself off as “Your puzzle-mate” showing both the professional and friendly nature of their relationship.

The British Library has featured one of the Lovelace Letters on their Treasures Page:  http://www.bl.uk/highlights/articles/science

Posted by The Science Team at 4:29 PM

Figure: "Letter from Ada Lovelace to Charles Babbage, 2 May 1842" I think, the date is wrong. The letter mentions the notes for Menabrea's article. In February 1843, Babbage did have the idea to create such notes. So its simply impossible, that this letter is from 1842. The correct date is in my oppinion 10 July 1843.
Thanks

Thank you for your comment. You are correct. The image of the letter in this blog is of the letter dated10th July 1843. We have amended this caption and will amend the caption on our treasures page.