Shakespeare on the couch: The bard and psychology

“What makes Shakespeare eternal is his grasp of psychology. He knew how to nail stuff” Martin Freeman (Actor) 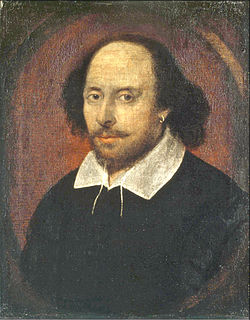 As far back as the ancient Greeks and Egyptians we have reflected on human behaviour and yet psychology was considered a branch of philosophy until the 1870s, from when it developed as an independent scientific discipline in Germany and the United States. Much has been written in the last couple of centuries on the psychology of Shakespeare and his dramatic works.

Shakespeare understood our inner demons and knew how to express them on the written page. For example Shakespeare’s “Measure for Measure”, pinpoints man’s flaws, that so well, feeds the fuel for his dramas:

But man, proud man, Drest in a little brief authority, Most ignorant of what he’s most assur'd;

His glassy essence, like an angry ape, Plays such fantastic tricks before high heaven, As make the angels weep.

Whether it is man’s inflated views of himself or the range of emotions from love to anger, Shakespeare seemed always to have something to say. In Henry VIII, Act 1, Scene 1, he advises on  anger management:

“Be advised, heat not a furnace for your foe so hot, that it do singe yourself”.

The British Library has a rich and varied collection in psychology, counselling and psychoanalysis, both historical and current, as well as electronic journals and databases such as PsychInfo and PsychExtra.  Both the humanities and science reading rooms include works on the open shelves and we hold a wealth of psychology texts in our storage areas. Some of these are in our lending collection and can be requested through college and public libraries using their inter-library lending services.

An example of such reflective literature is the book entitled “The Vale of Soulmaking: the post-Kleinian model of the mind” by Meg Harris Williams, H.Karnac (Books) Ltd. 2005, shelf mark YC.2006.a.12437, which includes Chapter 7, “Cleopatra’s monument”. This chapter outlines the post Kleinian psychological perspective on some of Shakespeare’s works.

The post Kleinian model of the mind is an aesthetic one, developed by W.R. Bion and Donald Meltzer and takes Melanie Klein’s ideas of our infant Self’s relationship to evolving “internalised objects”, often parental and the resolution of emotional turmoil through symbol formation, dreaming, envisioning, and counter-transference.

Shakespeare’s literary power resides in him being one of the great literary symbol makers and metaphor developers, along with Milton, Keats, Homer and Sophocles, able to articulate and give form to man’s deepest desires and dilemmas. Shakespeare’s role in feeding food to psychology and the 19th and 20th century psychoanalysis tradition through his plays and dramas is a testament to his insights into human nature. 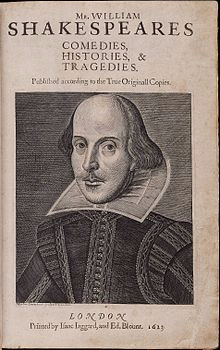 Some of our out of copyright books have been digitised and are available through Google books and the British Library Explore catalogue remotely e.g. The Psychology of Macbeth, a lecture, etc. by George Sexton, (active 1857-1887).

What is clear is that Shakespeare has an uncanny ability to create characters that are archetypal and sets up in his plays, the conflicts, challenges, resolutions and pitfalls found in our daily lives. He gave us the psychodramas on the stage through which we can project our internal worlds and learn from the characters he invented.

To find out more about Shakespeare collections at the British Library join our reference team for a special tour where you can find out how to access and research Shakespeare related collections not on display in the exhibition. Tickets are available here.

Find out more about Shakespeare and psychology here

Shakespeare on the couch : on behalf of the United Kingdom Council for Psychotherapy  by Michael Jacobs. Shelfmark YC.2009.a.9109

Posted by The Science Team at 5:57 PM

Shakespeare: a King of Infinite Space?

To celebrate the opening of the British Library’s Shakespeare in Ten Acts exhibition, Richard Wakeford (information specialist in science, technology and medicine) looks at how Shakespeare wove contemporary science into his work.

William Shakespeare lived in a remarkable time, on the cusp of the medieval world view and the scientific revolution. But how far was he aware of this new thinking and how much did it appear in his writing? Certainly Shakespeare did not make any scientific ideas obvious, any more than he made his views on religion or politics obvious. The clues are scattered but have been explored in a recent book by Dan Falk.

One striking resonance is that the play Cymbeline, written in 1610 and first performed in 1611, drew upon Galileo Galilei’s publication of Siderius Nuncius (The Starry Messenger) in 1610. Incidentally, Shakespeare and Galileo were exact contemporaries, born two months apart in 1564.

In Cymbeline, a tangled tale of death, rape and cross-dressing, the character Postumus is in prison awaiting execution. In a masque scene, four ghosts of his dead family appear in a dream to dance around the god Jupiter, pleading for his life. This chimes directly with Galileo’s observations in the Starry Messenger that Jupiter is orbited by four moons. 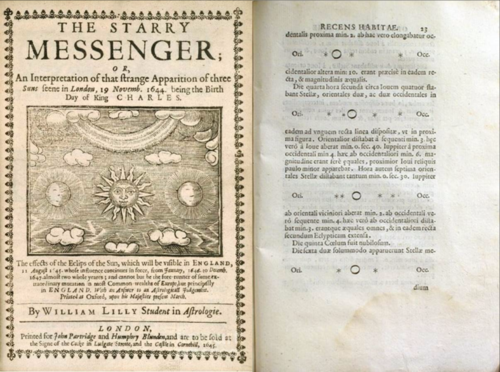 “I therefore concluded and decided unhesitatingly, that there are three stars in the heavens moving about Jupiter, as Venus and Mercury round the Sun; which at length was established as clear as daylight by numerous subsequent observations. These observations also established that there are not only three, but four, erratic sidereal bodies performing their revolutions round Jupiter...the revolutions are so swift that an observer may generally get differences of position every hour.”

He hath overthrown all astronomy

This discovery cracked Aristotelian cosmology apart and rang around Europe. It is known that the mathematician and astronomer Thomas Harriot had read the work in London during the summer of 1610, soon after its publication in March in Venice1 and the English ambassador in Venice, Sir Henry Wotton, had immediately sent a copy to Sir Robert Cecil, the Lord Chamberlain, for the attention of the King, writing that “he [Galileo] hath first overthrown all former astronomy”.

It is likely that a book with such a high profile was read, or even more likely, gossiped about, by the King's playwright. Shakespeare’s company had become the Kings Men on the accession of James the First with Shakespeare made a “groom extraordinary of the chamber”. Furthermore the King was a science and technology fan, an enthusiastic collector of clocks and mechanical devices, and an admirer of the German astronomer Kepler2.

What was Shakespeare attempting to do in the masque scene? Scholars have disagreed over his knowledge of science, seeing him either as a native of the medieval world of astrology, or a science nerd writing Hamlet as a detailed, coded exposition of Copernican astronomy. Or maybe it was neither of these two extremes but simply that he sprinkled fashionable new ideas over his play to catch the fancy of the King. It is not known if Cymbeline was performed at court but a masque, accompanied by music, dancing and spectacular staging, strongly suggests a court performance. 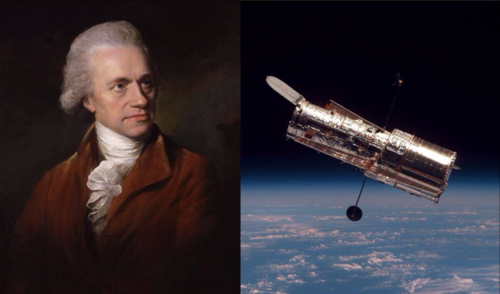 Shakespeare’s links to astronomy have continued down the centuries. Sir William Herschel, after discovering Uranus in 1781, went on to locate the first two of its many moons in 1787, naming them Titania and Oberon. In 2003 the moons Cupid (after a character in Timon of Athens) and Mab (after Queen Mab in Romeo and Juliet), were discovered using the Hubble space telescope.

To find out more about Shakespeare collections at the British Library join our reference team for a special tour where you can find out how to access and research Shakespeare-related collections that not on display in the exhibition. Tickets are available here.

An original copy of the Starry Messenger is displayed in the science case in the Treasures of the British Library gallery. It opens at one of the pages illustrating the surface features of the Moon, another of Galileo’s discoveries that broke with the traditional concept of celestial perfection. Galileo’s sunspot letters are also on display and can be seen here.