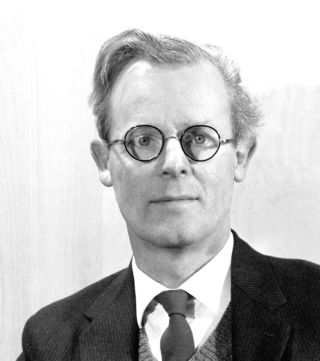 Maynard Smith was born in London, though after his father’s death in 1928, the family moved to the countryside. There, Maynard Smith deepened his love for natural history – already manifest in his insistence to repeatedly visit the Zoo and Natural History Museum in London – while bird-watching and beetle-collecting during the holidays in Exmoor. His family was generally not scientifically inclined, and there were expectations for him to join his grandfather’s stockbroking firm. However, during one Sunday lunch he declared that he would not do so. What was he going to do then? Remembering a lecture on the building of the Sydney Harbour Bridge, he decided, rather spontaneously, to become an engineer. And so, after graduating from Eton in 1938, he went on to read engineering at Cambridge.

Maynard Smith is known for not having liked his time at boarding school very much – the atmosphere, he felt, was ‘really anti-intellectual’, ‘snobbish’ and ‘arrogant’ – but he credited Eton with teaching him mathematics and giving him the freedom to explore the natural sciences on his own, mostly by reading popular science books. Cambridge, in a way, did less for him academically than Eton. ‘This time, however, the fault was partly mine and partly Hitler’s. It was hard, in 1938, to take either academic work, or one’s own future, seriously.’ He joined the Communist Party, influenced by a visit of Nazi Germany in the summer of 1938 from which he returned ‘in a state of complete confusion, convinced that my pacifism was wrong’. Communists were those ‘saying we have got to unite and oppose Fascism’, and he spent more time being politically active than studying. Soon after joining, Maynard Smith met Sheila Matthew, his future wife, at a Communist Camp. They were to marry in 1941, making Maynard Smith one of the first married undergraduate students at Trinity College. Their first son, Anthony, would be born in 1944, their daughter Carol in 1946, and their youngest, Julian, in 1949.

In 1941, Maynard Smith graduated with a second-class honours degree in mechanical engineering. After graduation, he worked as an aircraft stressman which, importantly, ‘taught him to trust models, a lesson that would become fundamental in his work as a scientist.’ Moreover, ‘and for obvious reasons, Maynard Smith formed the valuable habit of not making mistakes in computations.’ However, when the war was over, he began to reconsider his career choices. He decided to return to his first love and started a second degree in zoology at University College London. Maynard Smith knew JBS Haldane was teaching there, whose work he had sought out already at Eton because several teachers seemed to particularly hate this man – so he couldn’t be ‘all bad’.

During his years as an undergraduate at UCL Maynard Smith became less and less active politically. He was much more involved in his studies than he ever was at Cambridge. In addition, Lysenkoism reached its peak in 1948. Trofim Lysenko was a Soviet biologist and Lamarckist supported by the Soviet government. Maynard Smith was not so much averse to Lysenkoism as ‘disgusted’ by the comrades who were ignorant of genetics but who were nonetheless telling him what to believe. He lost faith in the Communist Party, became disillusioned with communist politics and – though to a lesser extent – with Marxist philosophy. In 1956, after the Soviet Invasion of Hungary, he finally left the Party yet retained his leftist political outlook. 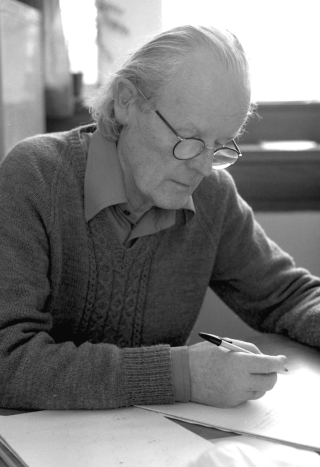 In the year before his death, Animal Signals, his last book, co-written with David Harper, was published. The book was one of several; Maynard Smith published both textbooks and popular science – his ‘little Penguin’, The Theory of Evolution, was published as early as 1958. Indeed, he was convinced that science is a social activity: he had a ‘desire to embed discoveries in the discourse of a community as broad as possible.’ So next to writing books, reviews, and essays he also appeared on both radio and television.

The John Maynard Smith Archive at the British Library documents over half a century of John Maynard Smith's work as an evolutionary biologist, covering the years 1948 to 2004 (with an emphasis on the 1970s to 1990s). It contains letters, notes, computer printouts, draft manuscripts, lecture notes and offprints as well as artefacts and digital files. The archive is available to readers through the British Library Explore Archives and Manuscripts catalogue (Add MS 86569-86840), excepting the digital material which is in the process of being catalogued.

Maynard Smith's books and scientific papers, along with two interviews (one on camera), can be found via the British Library Explore catalogue.

This post forms part of a series on our Science and Untold Lives blogs highlighting some of the British Library’s science collections as part of British Science Week 2017.

Posted by Helen Piel. Helen Piel is a PhD student at the University of Leeds and the British Library. She is part of the AHRC's Collaborative Doctoral Partnership scheme and working on the John Maynard Smith Archive, exploring the working life of a British evolutionary biologist in the post-war period.